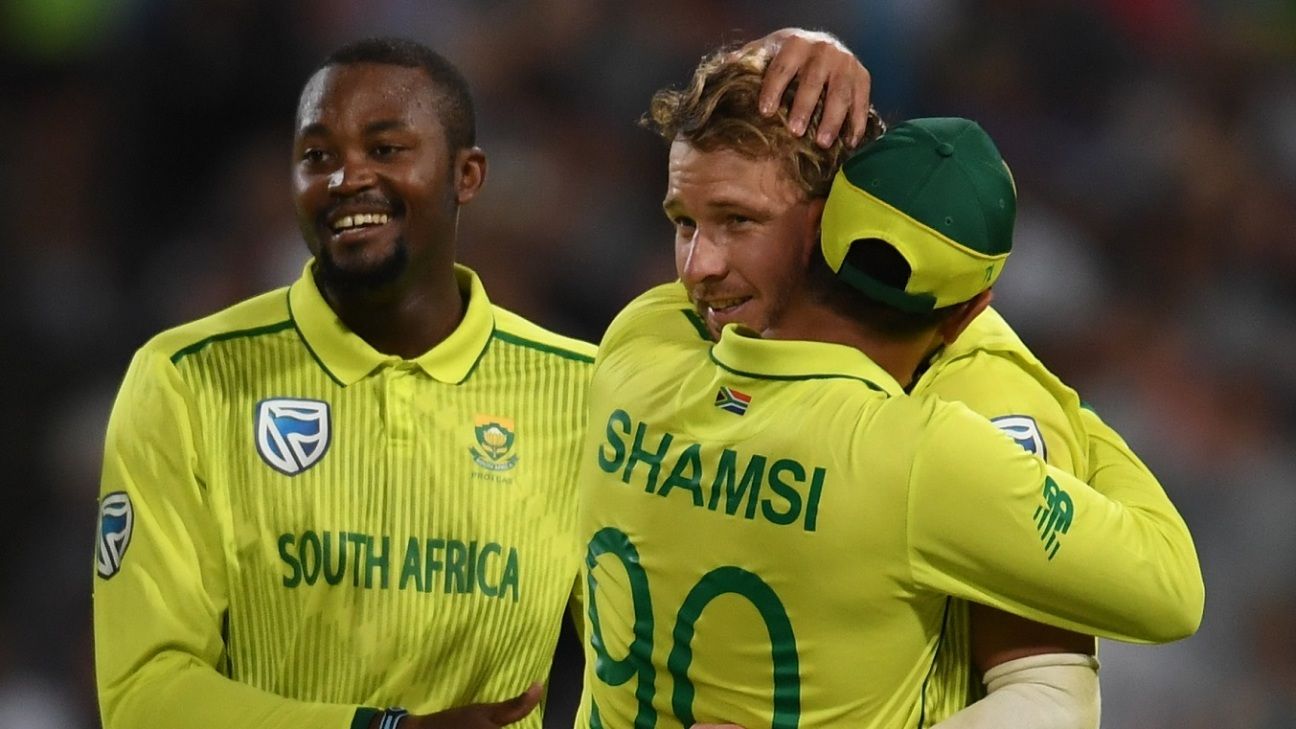 There are few series that go off quite so perfectly as this one has for South Africa.

A narrow victory in the second T20I – that ended with the hosts’ reserve bowlers holding their nerve to stave off the No.1 T20I side – guaranteed that trophies across all formats would remain in South Africa. The Test side bounced back superbly after a disappointing away loss to Sri Lanka, experimentation with the ODI team didn’t prevent a 3-2 series win in a World Cup year, and, as the icing on the cake, they even put their hard-to-beat T20I opponents to the sword.

This game will do precisely nothing to alter the narrative of the tour. South Africa will be attracted by the possibility of bookending the tour with 3-0 clean sweeps even if, in truth, T20Is mean little this year – at least until after the World Cup is done. Lutho Sipamla enjoyed a magnificent opening match, while Chris Morris reintroduction to the side has seen him put in strong bowling performances, in particular at the back end. With further experimentation likely, this is as relaxed an environment in which to induct a new arrival.

Pakistan’s fans have perhaps already moved their attention towards the upcoming PSL. This tour has little context left and both fans and players will be happy to leave its whiffs of controversy behind. It began – forever ago it seems – with the leak from the dressing room about Mickey Arthur’s anger at batsmen’s poor shot selection, and the last few days have seen a media circus surrounding Sarfaraz Ahmed’s ban and Pakistan’s medium-term captaincy.

Shoaib Malik has hardly set the world alight in the four games so far, losing three on the bounce after an encouraging start in Johannesburg. The PCB has now announced Sarfaraz will be captain at the World Cup, presumably negating its own statement under a week ago that captains would be appointed on as series-by-series basis. But having lost everything – the Test series, the ODI series, the T20I series, as well as their unbeaten T20I series record – Pakistan have little more to lose. Should they play like it in Centurion, they might come away with a consolation win in what, on a personal note, could be Malik’s last ever match as Pakistan captain.

Rassie van der Dussen and Reeza Hendricks weren’t front and centre in South Africa’s World Cup plans two weeks ago, but sensational form in the past fortnight has seen that change rapidly. With an average over 120 in the ODI series, van der Dussen put the failure of the first T20 quickly behind him with a 27-ball 45 that allowed South Africa to set up the platform from which David Miller struck the knockout blow. Hendricks enjoyed a prolific ODI series himself, and may perhaps have won the Man-of-the-Match award in the first T20I for his intelligently destructive 41-ball 74 but for David Miller’s masterclass in the field. With the ability to bat anywhere in the top six, Hendricks grows in importance with each game, and is a major reason Pakistan have been denied silverware in the coloured clothing on tour.

Fakhar Zaman has endured a wretched tour, even by the generally miserable standards of the Pakistan team as a whole. He has scored 215 runs in 11 innings scoring just one half-century, and even that came after he was dropped very early on in Cape Town. While the Tests were always expected to be a challenge, his limited-overs struggles will cause real alarm to Pakistan in a World Cup year. The goodwill he continues to carry thanks to that match-winning hundred in the Champions Trophy final has arguably allowed him a far longer run than normal. But there’s no mistaking the pressure on him by now, with him looking out-of-sorts even in T20I cricket. With the PSL approaching, he needs to change his fortunes, and in South Africa he will have one last, no-strings-attached opportunity.

South Africa had promised every squad member would get a game in the series, and Wiaan Mulder is the only one not to have played. His inclusion could be one of any number of changes as the hosts play around with their combinations.

Pakistan’s off-colour bowling continues to present a problem. It could open the door for Mohammad Amir to get another game, which would likeliest come at the expense of Usman Shinwari, who conceded 29 in the final over in Johannesburg. There are also doubts over Mohammad Hafeez’s fitness.

The series should close out with another high-scoring match on another dry pitch. This one is a day-night game, and unlike Johannesburg, weather is unlikely to play a part.