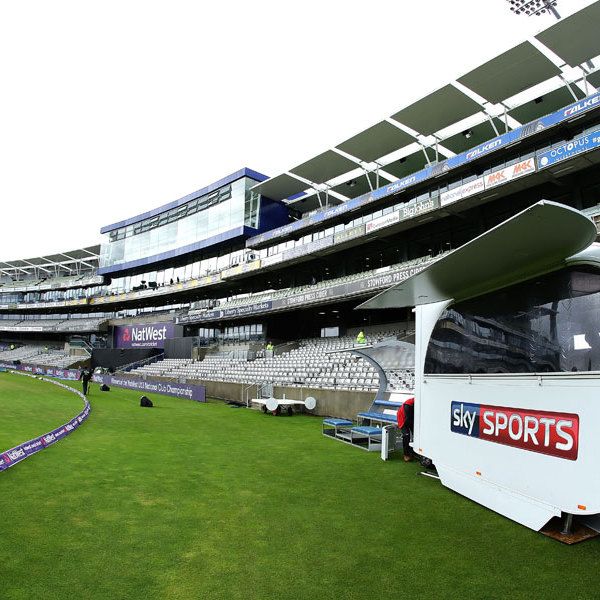 MPs quizzed senior figures from the England and Wales Cricket Board (ECB) about their plans to “capitalise on the success of English cricket following the men’s team World Cup success,” at an oral evidence session for a Department for Digital, Culture, Media and Sport (DCMS) select committee on Wednesday afternoon.

The witnesses for the ECB were Colin Graves (chairman), Tom Harrison (chief executive), Clare Connor (women’s cricket managing director) and Lord Patel of Bradford (senior independent non-executive director), and all four repeatedly stressed their excitement about the game’s future in the country, and made reference to ‘Inspiring Generations’, their 2020-24 strategy to grow cricket.

Ian Lucas, the Labour MP for Wrexham, repeatedly focused his questioning on the lack of live cricket on free-to-air television, highlighting “concerning” participation figures, and said he “wondered how many Ben Stokes we lost” since cricket had gone behind a paywall.

ALSO READ: MPs grill ECB over budget for the Hundred amid growing costs

Harrison said the fall in participation was a “complex issue”, and noted the “very different media environment” that existed in 2005. “Cricket is in the best possible place to be able to answer some of the issues that you’ve raised in participation,” he said.

“A lot of people that would have come to love cricket have missed out [since 2005],” said Lucas. “Don’t do this again, please. I’d love to see at least one Test – the Lord’s Test for example – on FTA TV. That would be a tremendous incentive and showcase for the game.” He also highlighted the rapid growth of women’s football in the UK, and suggested it would have been impossible without games being shown live on free-to-air TV.

Harrison responded by citing figures from 2009 which suggested that broadcasting one home Test per year on free-to-air TV would cost an estimated £134.7 million over a four-year cycle, and claimed that it would be “extremely difficult” to justify their investment in the game without that money.”

Much of the session focused on the Hundred, the new 100-ball competition that will begin in July 2020. Julian Knight, the Conservative MP for Wrexham, asked if the witnesses were concerned by the “idea that [their] customer base seemed to dislike the idea” of the new tournament so much.

“The Hundred is all about growing the game in this country, and protecting the things that we value the most,” said Harrison. “We’ve just seen throughout the Cricket World Cup, grounds across this country packed to the rafters full of fans, 40 percent of whom were first-time buyers to cricket in this country. The vibrancy, the colour, the noise, the energy in those crowds is something that will live with all of us.

“The Hundred is an attempt to replicate some of that, and bring it back to our country every single year, without taking anything away from our precious county environment at the moment, in which we’re investing half a billion pounds over the next five years to ensure we’re taking every advantage we can to grow the game of cricket in this country. That is our job.”

Knight asked if the reason that the ECB were “going for” the Hundred was that they had “missed the boat on Twenty20”.

“You came up with this great idea… you invented Twenty20, you had this originally big uplift of interest,” he said, “and then either we did rest on our laurels, or even the management at that time… then ignored it or didn’t do what it should have done. The IPL went massive, the draft [auction], everything else – you’re effectively now repositioning in order to try and make up that lost ground.”

Graves admitted that “a lot of people will say we missed the boat with our T20, we didn’t push it enough, we didn’t invest in it enough, and the world passed us and got ahead of us. People will agree with that.

“The one thing with cricket is that it is adaptable and it is changeable. It adapts to the audiences that we try and get involved.”

Other topics for discussion included the county schedule, with committee chair Damian Collins, the Conservative MP for Folkestone and Hythe, criticising the lack of cricket played at the weekend this season by his local county, Kent.

Graves’ response noted that the 2019 summer had been unusually busy on account of the World Cup being played in England and Wales, and said that counties had been invited to formulate their own schedule for the 2020 season.

Stevens also criticised the decision to host the women’s Finals Day of the Hundred on a Friday next year, though Connor suggested that it was “the best option” and that the ECB “wouldn’t want to put it up against a high-profile men’s game at the weekend”.

“Sport has never before launched a professional competition for both genders at the same time, and I think in our ambitions to make cricket more gender-balanced, and in our ambition to have men’s and women’s teams playing under the same team names, we’ve seen it work brilliantly in the Big Bash.”

There were also questions over the discrepancies in salary between men and women for the Hundred, with the highest-paid set of men’s players each set to earn more in the competition than an entire women’s team’s playing budget.

“I really believe that we have to be realistic about the journey that we’re on,” said Connor. “It was only five years ago that we had our first round of centrally contracted female players in England. That journey has been huge in terms of pay from where we started to where we are now.

“Of course, they’re not paid the same as Joe Root, Eoin Morgan and their team-mates. But I personally believe that we’re headed in the right direction. We’re all very committed to closing that gap. It doesn’t happen overnight.”