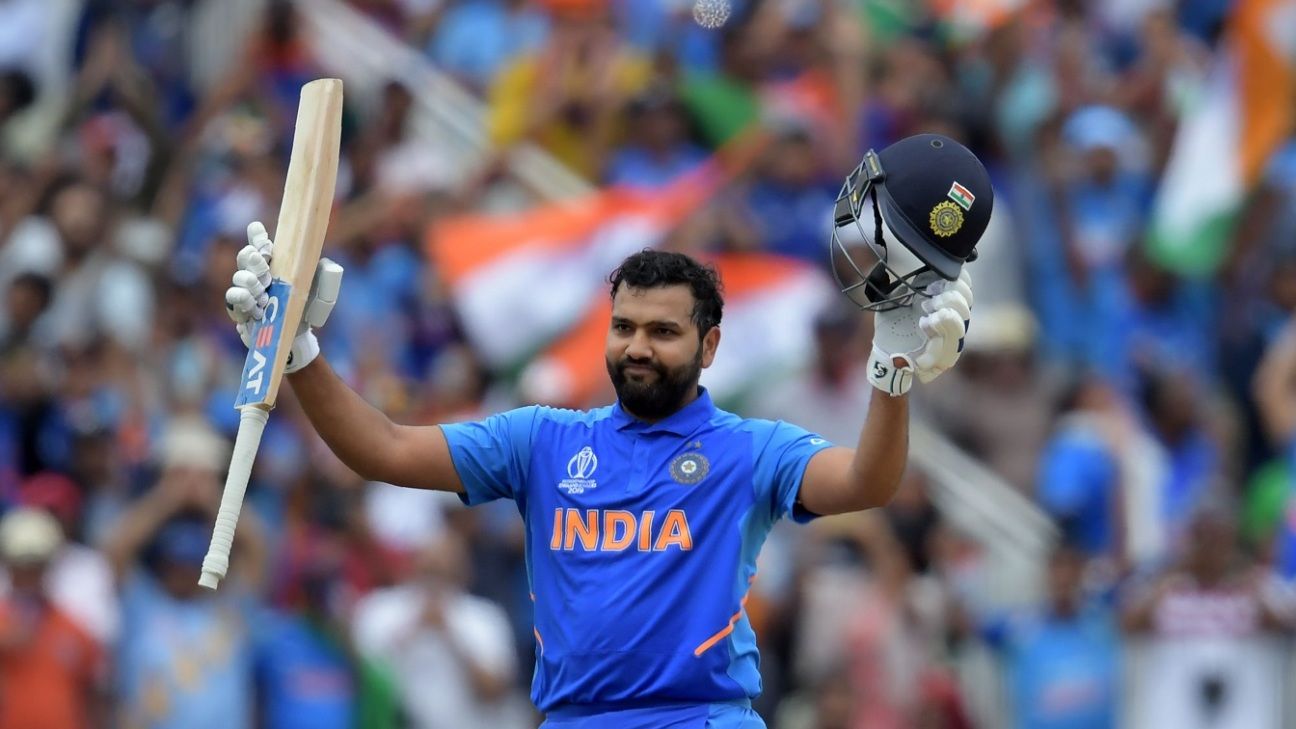 Dhananjaya de Silva tossed an offbreak on fourth stump. The ball was in the slot. Rohit Sharma stood his ground and hit an inside-out six high over extra cover. Effortlessly. It was a full-blooded stroke as the ball banged the advertising board and rolled back on to the playing turf. Two balls later Rohit charged Dhananjaya, without even bothering about the line of attack, disposing the ball high over the sightscreen at the Kirkstall Lane end. The ball hit the railings on the second tier and bounced back on to the turf.

In those two massive hits, Rohit destroyed Dhananjaya’s plans and confidence. Sri Lanka had elected to bat thinking the pitch would become far slower in the afternoon and take turn, thus bringing the spinner into play. In a matter of minutes, Rohit threw Dhananjaya out of the equation.

The sound of ball hitting Rohit’s bat is sweet. It does not reverberate possibly the same way as the sound of the ball hitting Virat Kohli’s bat. Kohli’s batting looks definitive due to his electric body language. It’s preciseness. It’s compactness. It can be robotic.

Rohit’s languid body movements make his strokes flow. You admire the quality of Kohli’s strokeplay. Rohit’s strokes give a realisation that his artistry is simple but unattainable. Yet, there is this instant delight they bring, along with an instant affection for Rohit.

Ten runs short of becoming the first batsman to make five hundreds in a World Cup edition, Rohit lined up to face Lasith Malinga, playing his final World Cup match. Malinga flung a low, straight full-toss, wide of off stump. Rohit was static. Having read the line, he calmly brought the bat down, opened the blade and punched a square drive that beat the three-man net cast exactly to block such a stroke. The only thing the three fielders – two points and the short cover – could do was stare in disbelief. The only thing you, as a fan, can do is exclaim: “Shot.”

The man has six centuries in World Cup history, the same now as the great Sachin Tendulkar, who played half a dozen editions to achieve that incredible feat. This is Rohit’s second World Cup, having sorely missed India’s triumph at home in 2011. He does not want to lament or regret anymore what might have happened. What matters, he says, is being a good head space, something his good friend Yuvraj Singh advised him before this World Cup.

Before the 2011 edition of the tournament, Yuvraj was not scoring fluently and was worried. This IPL, Rohit, too, was not striking fluently and the big scores were absent. But by being in a “good space”, Rohit has managed to get over his insecurities and doubts. Being in a good space has allowed him to create a good energy in the dressing room. It has allowed him to help his new-found opening partner KL Rahul settle down.

Both men were brought together in the needle contest against Pakistan for the first time. Rahul scored a half-century, Rohit a century, the pair setting up the highest opening stand in India-Pakistan contests in the World Cup. Then against Afghanistan, in the following match, they barely managed to get double digits in the first half of the first Powerplay segment. Their lack of intent forced even Tendulkar to question their approach. Against Bangladesh, Rohit and Rahul scored 69 runs in the first Powerplay, India’s best start. Against Sri Lanka was their second-best, as India made 59 in the first 10 overs.

Rahul maintained an even tempo as he constructed his maiden World Cup century. It took him a lot of belief, a lot of frustration, a lot of patience. He did it eventually. His reaction – just like Rohit’s – upon reaching the century, was solemn: a wave to the dressing room and the fans. The start-stop-stutter routine prevalent in his previous innings was not repeated.

The vulnerability of the lower order must have been on the Rohit’s mind, considering he did not accelerate as fluidly as in the past, where he would end up with massive scores. Against England, where India chased for the second time, Rohit scored a century, but it lacked the oomph and the command. Worse, he could not carry on till the end.

But in the last two matches, both openers have finally established the chemistry that openers need. Both Rohit and Rahul have alternated to pile pressure on the opposition. The runs have flowed. The middle order worries have not vanished, but subsided. Amazingly, the openers’ success – including Shikhar Dhawan, who scored a half-century and a ton in the two innings he played before injury ruled him out – has not allowed Kohli to get enough batting time on several occasions. Kohli will not lose sleep as long as his men are performing their roles.

Rohit and Rahul were clinical in the chase as they flattened Sri Lanka. Even Malinga, magical against England, was rendered ineffective. As Rohit said later, it was important India keep ticking all the boxes they wanted to before the semi-finals where they could not afford many mistakes.

At a personal level, the biggest success for Rohit this World Cup has been his discipline. His hunger.

Talking to Sanjay Manjrekar during a post-match chat with the host broadcaster, Rohit described that hunger nicely. “I come out thinking that I have not played any ODIs,” he said. “I have not got any hundreds in the tournament. It is just the first game in the tournament.”

Chris Gayle keeps telling the world he is the Universe Boss. He once was. Rohit Sharma is the true Universe Boss in ODI cricket. And when he bosses around, India boss around.