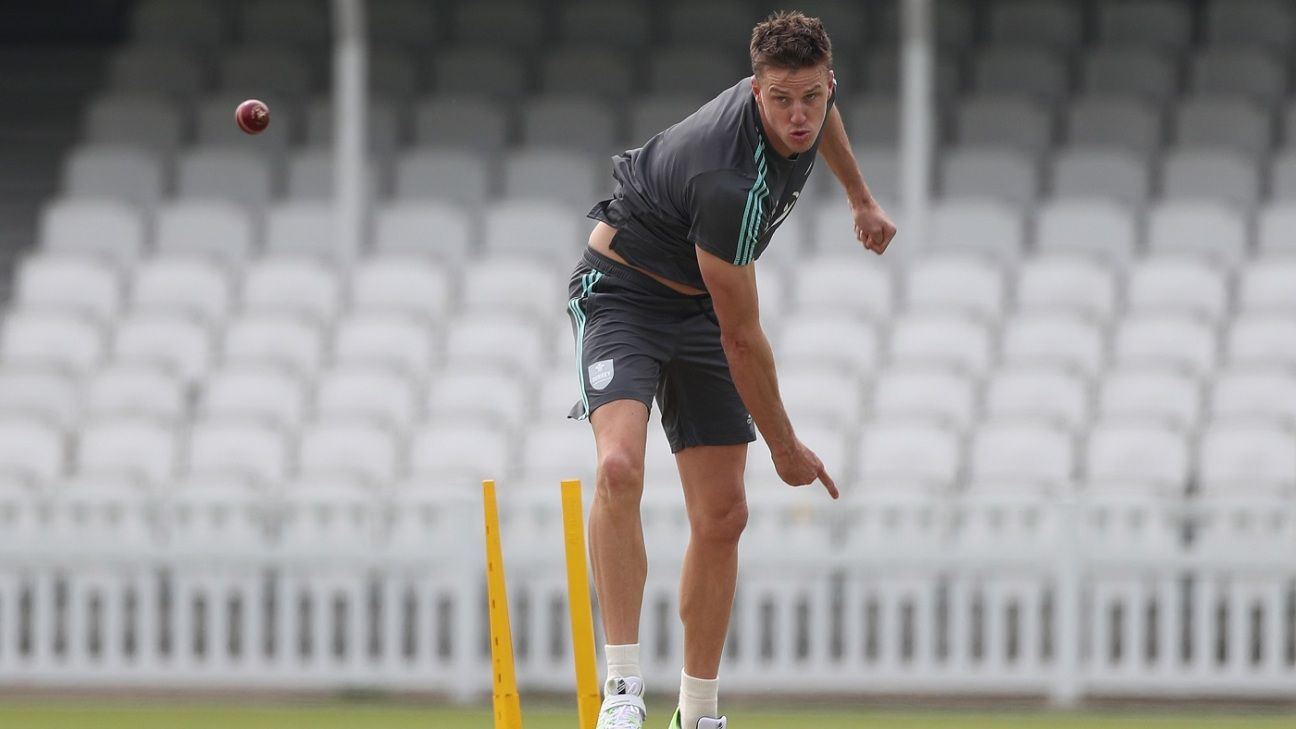 Morne Morkel‘s return to where he began his cricket career – SuperSport Park – is more than just an opportunity to come home or be part of the second edition of the Mzansi Super League (MSL). It’s also a chance to play a role in helping South Africa’s young quicks raise their games ahead of a big series against England in the home summer and next year’s T20 World Cup.

“Hopefully I can help the guys to develop and grow their game. We’ve got a big World Cup next year, so spending time with Lungi (Ngidi), (Lutho) Sipamla and (Wiaan) Mulder and helping them on the field, for me, that’s a personal goal,” Morkel said at the Tshwane Spartans media day in Centurion.

Morkel retired from international cricket in April 2018 and has since signed a Kolpak deal with Surrey and shifted to Australia. But he has kept a close eye on developments at home. He watched South Africa’s struggles through the 2019 World Cup and their 0-3 defeat to India, and though Morkel acknowledged the situation in South African cricket is worrying, he was careful not to judge the quicks too harshly.

ALSO READ: ‘South Africa will lose a lot of players to Kolpak in near future’

“India was always going to be a tough tour, no matter who was playing,” he said. “Even if we had the old guys back, India was going to be tough. We are still finding our feet, working on combinations and I don’t think truly you can judge the fast bowing in the subcontinent. Once we are back here with extra bounce and pace, KG (Rabada) and (Anrich) Nortje will come to the party.”

Morkel stressed on the importance of mentorship, especially at this stage of several younger players’ careers. “It’s also about understanding that we have got a lot of inexperience – Nortje has got all the pace but it’s going to take time, like all of us, for him to find his feet. It’s important to get the right people with those guys to explain that to them and make them understand that that is international cricket and there’s no place to hide.”

That’s where Morkel hopes to come in, at least for the next six weeks where he will play alongside Ngidi, Sipamla and Mulder and hopes to do for them what Shaun Pollock, Makhaya Ntini and Andre Nel did for him.

“We have a lot of quality youngsters and I think it’s important for them to have a good banker around them. I had Polly, Makhaya, Andre Nel – quality seamers that helped me develop my game,” he said. “Coaches play a role but senior players are important, especially on the field. Coaches can prepare you as much as possible in the nets, but when you are on the field, they can’t do anything for you. There you need senior players to settle the nerves with the guys.

“The best way is not to spoon-feed them, to let them make mistakes and let them know it’s ok. It’s also for them to have a shoulder to cry on and talk about the game”

“I had Graeme Smith and those guys, so when I was nervous, or all over the shop, they knew when to bowl me and how to work with me until I was comfortable with the situation.”

So what will Morkel try to impart to the next generation? “The best way is not to spoon-feed them, to let them make mistakes and let them know it’s okay. It’s also for them to have a shoulder to cry on and talk about the game.”

By the time Morkel leaves the MSL, South Africa will be preparing to play England in four Tests at home. He hopes the hosts will have a strong chance of success despite their recent form: South Africa have lost five Tests in succession and three of their last four series. “I’ve got no doubt that once we’ve got our confidence back and the boys find their style of play, we can compete.”

He also had some insider tips on the England line-up, especially opening batsman Rory Burns. “I play with Rory Burns and before the Ashes I was nervous for him,” Morkel said. “What I can say about him is that he is one guy who bats day-in and day-out, he spends hours in the nets working on his game and he worked out a plan for how to score runs but I don’t think he has played on fast, bouncy, wickets.

“And then they are going to have a new guy (Dominic) Sibley or (Zak) Crawley. Sib is a typical English batsman that will bat time, Crawley, a youngster, very attacking. At No. 3 and 4, they have lots of options. Ollie Pope – I won’t be surprised if they play him. He is a quality player. If (Joe) Root goes to 3, Pope can bat 4, and if I was a selector, I would give him a run.”