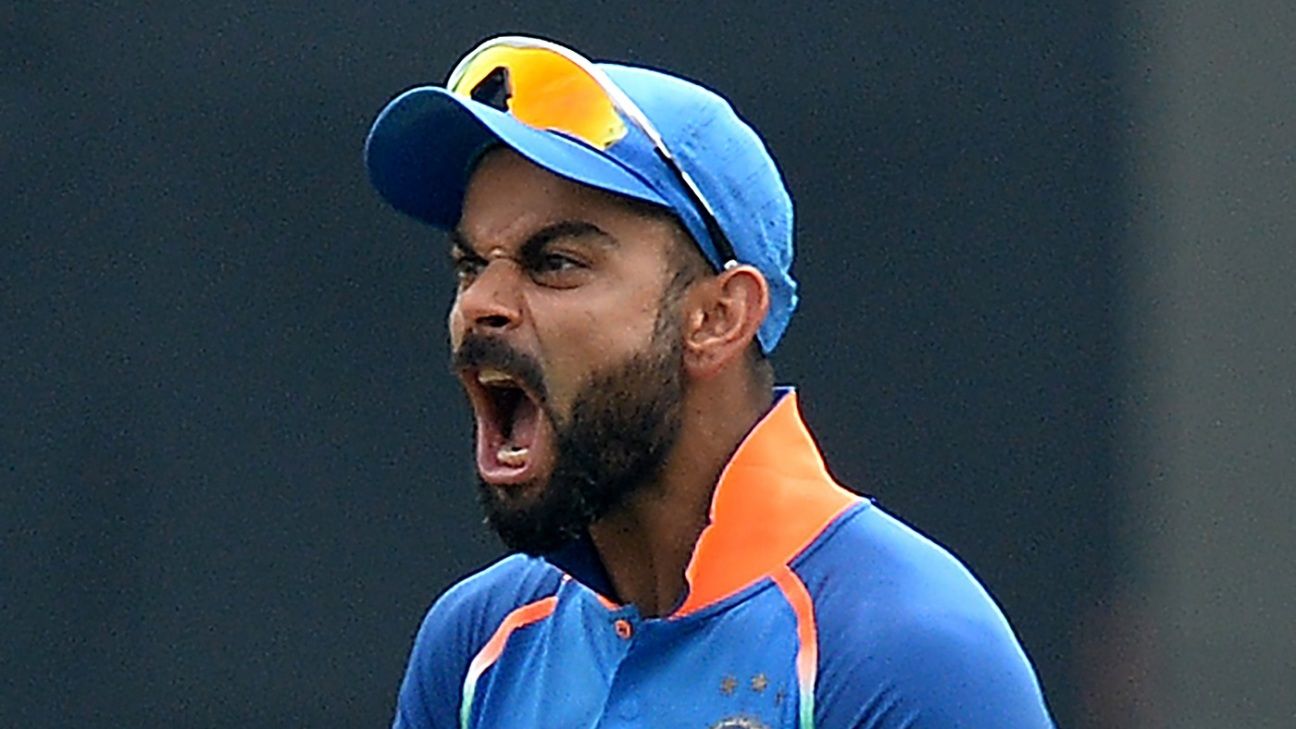 India captain Virat Kohli spoke of the specific challenges to overcome as the team hits the final stretch before the World Cup in May. Among them, he said, was the lack of ODIs India have scheduled.

As things stand, India will play their last international series before the World Cup – two T20Is and five ODIs – against Australia over the next few weeks, before the IPL season starts on March 23. While stating that game-time was important and that India would try to use the situations in the T20Is to gain confidence, Kohli said more ODIs would have been logical.

“Yeah, that [a few more ODIs] would have been ideal. More, I would say logical,” Kohli said on the eve of the first T20I in Visakhapatnam. “But you know that’s the way series are compiled nowadays and we have to more or less play that. Also because we are playing so much T20 cricket in the IPL so probably a couple of more ODIs would have been more beneficial. For both the teams, not just us. But look, we have to utilise what’s in front of us as best as possible. We’re going to look to get into the right kind of frame of mind as a team.”

Getting into the right frame will be particularly tricky for India because of the unrelenting amount of T20 games coming their way. All other boards would have finished their respective T20 leagues by the time IPL begins and while the tournament will feature some of the world ‘s top cricketers, most will not have the workloads of India’s cricketers because of the IPL’s rules for team composition. In essence, the Indian players will go into the World Cup having done more effort than most to be prepared – a prospect Kohli spelled out for them.

“All the people who are going to be part of the World Cup squad, they have to make sure that their games don’t go too much away from the one-day mould of things. That means we will have to be very wary of the bad habits that might creep in during the IPL. We need 15 people who are confident and mentally happy about where their game is at that particular moment,” Kohli said.

“That will take a consistent effort from all the players during the IPL to keep a check on that. The moment we enter the nets and create bad habits, and you lose momentum, you lose batting form, it is very difficult to get it back in a tournament like the World Cup. So from that point of view, everyone will have to protect that mindset and be aligned towards what the team requires of them.”

One of the reasons for India’s recent success has been their squad depth, which routinely allows them to rest senior players. Kohli himself last played in a T20I in November 2018, as did Jasprit Bumrah, and India have in the past shown no qualms in dropping a multitude of big names. For instance, in the Nidahas Trophy that was held ahead of the IPL last year, they left out Kohli, Jasprit Bumrah, MS Dhoni, Bhuvneshwar Kumar, Hardik Pandya and Kuldeep Yadav. The squads to play Australia, however, are more or less full strength and slightly off brand for a board that is big on workload management. This could potentially mean handing over workload management duties to the players themselves, along with their IPL franchises.

“Again, the amount you practice, with the amount of travel during the IPL and the number of games in different conditions, in different temperatures, it is going to be challenging, to be honest. But as a cricketer, you have to map out how many practice sessions you really need. If you are hitting the ball well, there is no need to go to a practice session and tire yourself out for three hours, whereas you can utilise that particular phase to rest and recover even more.

“I think those things need to be kept in mind. If your team is in a great position during the tournament, you don’t mind taking 2-3 games off also,” Kohli said. “It all depends on how you feel physically but everyone has to be really honest about it to themselves and accordingly see how they feel and not push themselves to the limit that might hamper the Indian team later on. I think we will all have to take responsibility for that.”

With the Indian summer steadily creeping in, and seven matches to come over 17 days, their responsibilities have already begun.