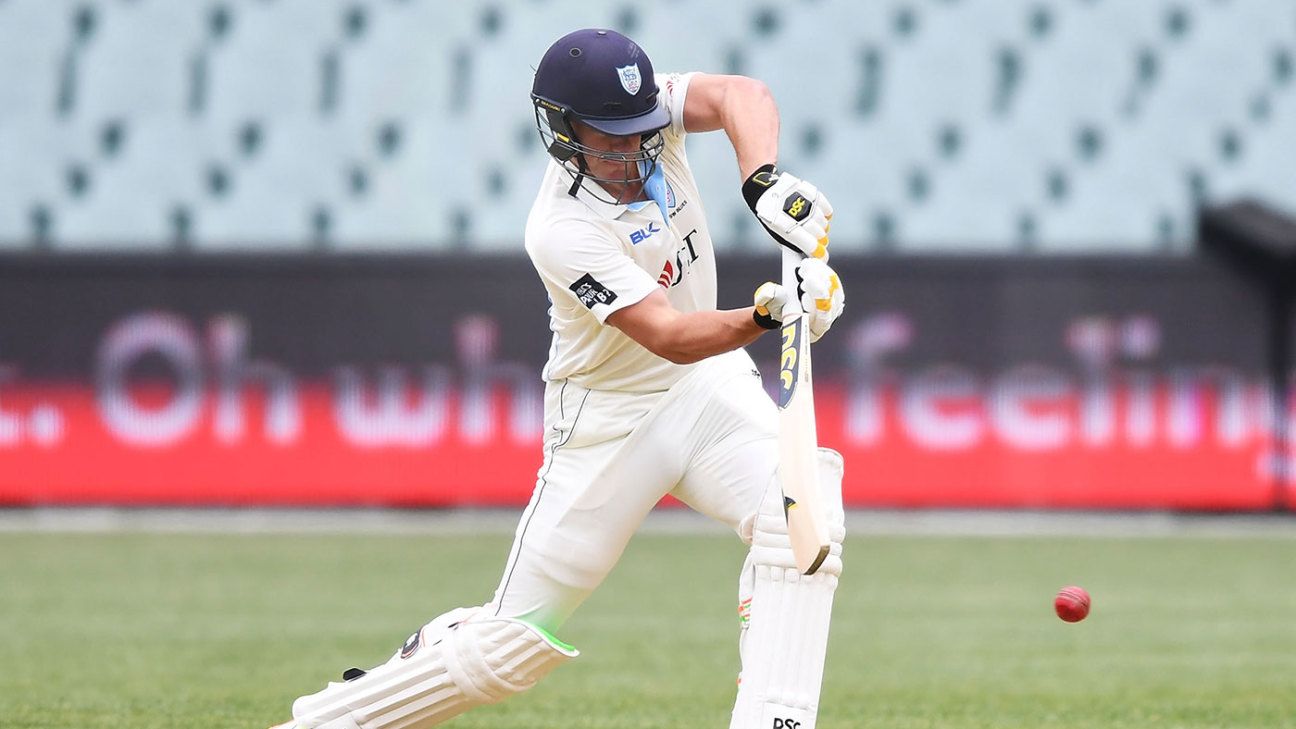 New South Wales allrounder Moises Henriques and Victoria batsman Nic Maddinson have been jointly awarded the Sheffield Shield players of the 2019-20 season. The duo pipped Shaun Marsh and Peter Siddle, who were also in the running. This is the first time that either of the two has been chosen for the honour.

Henriques was the second-highest run-getter for his side with 512 at 51.20, with two hundreds and a fifty. This serves a timely reminder to the national selectors ahead of the two-Test tour of Bangladesh scheduled for this June. Though Henriques has played only four Tests, all of those matches have come in Asia, the last of which was against Sri Lanka in 2016.

Meanwhile, Maddinson topped the run-scoring chart with 780 at 86.66, with two centuries and five half-centuries, including his highest first-class score of 224. He switched from New South Wales to Victoria before the start of the 2018-19 season and has regained his touch since, having confessed he was not fully prepared for Test cricket following three matches during the 2016-17 home summer.

Among other awards, Cricket Australia named Ashleigh Gardner as the Lord’s Taverners Indigenous Player of the Year after she played a part in the women’s side winning the Ashes as well as the T20 World Cup at home. Umpire Paul Wilson was awarded the umpire of the year following his debut in a Test match between Bangladesh and Afghanistan last September. He also stood in the BBL final.