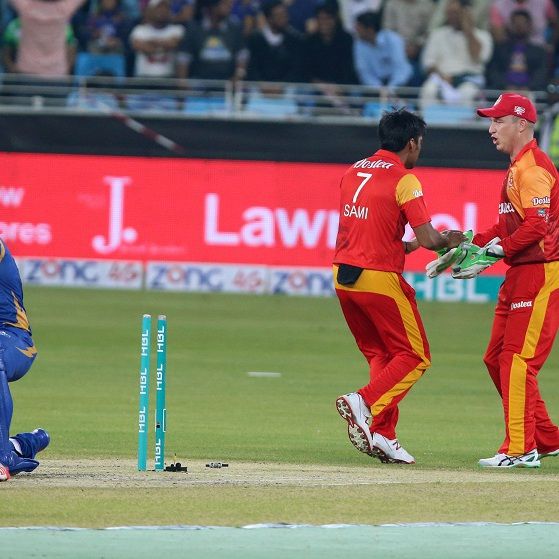 After weeks of build-up, the PSL’s most successful franchise Islamabad United named 37-year old Mohammad Sami as captain for the fourth edition of the tournament. The defending champions and the winners of two of the three tournaments held thus far had earlier appointed 20-year old Shadab Khan as vice captain.

Sami has not played for Pakistan since March 2016, with international consistency proving elusive throughout his career. In the PSL, however, Sami has found a rich vein wicket-takerrforming outstandingly all three seasons. He is the second highest wickettaker across the Pakistan Super League with 37 wickets in 27 matches, behind only Wahab Riaz. He averages 17.43 – again only bettered by Wahab in the top 20, with his economy rate of 6.55 unmatched among the top ten fast bowlers.

Upon announcement of the captain, Islamabad United owner Ali Naqvi said: “Sami has always served the franchise with utmost respect and honour. He has always conducted himself in way that defines us and has been one of the stars for the team over the past three years, winning multiple matches on his own. Furthermore, he has years of captaincy experience – he has captained various Karachi teams, on and off, for almost a decade now, and has been successful in that role.”

In turn, Mohammad Sami expressed his own delight at being appointed captain, declaring himself “honoured and privileged” to be allowed the opportunity.

“It’s an honour for me that Islamabad United and Ali Naqvi have selected me to lead the franchise. I have always aimed to give my all to the team, to repay the faith that they have vested in him, and I hope that I will be able to rise to this challenge too. I feel privileged to have been given this opportunity and I hope that I will continue Islamabad United’s tradition of success.”

Islamabad United kick off the PSL on February 14, with the first game of the tournament to be played in Dubai against Lahore Qalandars.