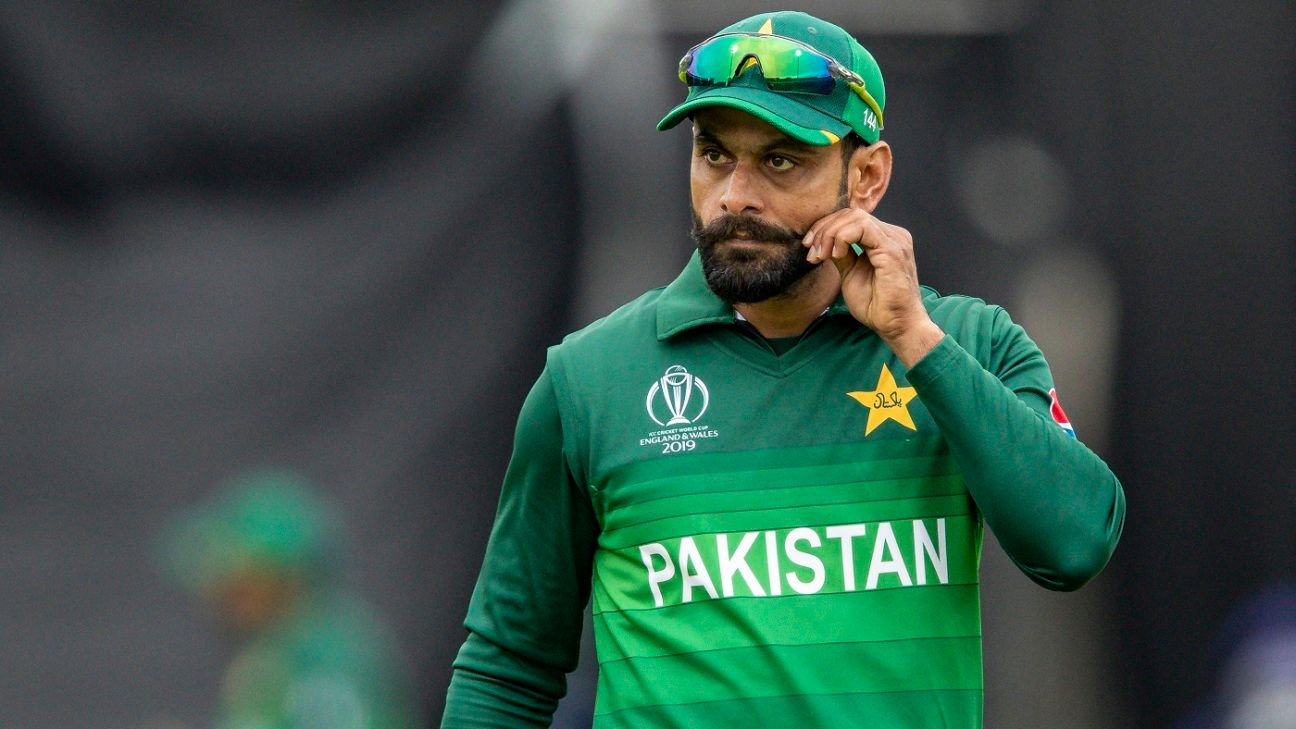 Mohammad Hafeez, the Pakistan and Middlesex allrounder, has been suspended from bowling in all ECB competitions after a bowling-action assessment found his action to be illegal.

Umpires reported Hafeez’s action after a Vitality Blast match between Somerset and Middlesex in Taunton on August 30, following which he underwent independent assessment at Loughborough University.

The game against Somerset was the penultimate match of Middlesex’s T20 season, in which Hafeez played four matches, scoring 115 runs at a strike rate of 112.74, and taking two wickets while conceding 8.64 runs per over. Hafeez had signed on as a mid-season replacement for AB de Villiers.

Hafeez contested the findings of the assessment, which held that his elbow extension for his offbreak exceeded the 15-degree tolerance limit for bowling actions. A bowling review group, which heard his appeal at Lord’s on Tuesday, suspended him from bowling in ECB competitions, and advised him to correct his action. Once he has done this, Hafeez may request a re-assessment to be allowed to bowl again.

“I have received the ECB Bowling Review Group report on my bowling action,” Hafeez said in a statement. “Despite identifying procedural testing flaws, which have been accepted by the review committee, as well as realising the findings will potentially affect my reputation as a world-proven all-rounder, I accept the Bowling Review Group findings.

“As per ECB regulations, I am ready to appear for an independent analysis at an ICC-accredited centre, so that I become eligible to play in ECB-organised events.”

Hafeez’s action has come under scrutiny throughout his career. His first brush with the elbow microscope came all the way back in 2005, and he has been reported, suspended and cleared multiple times since then, going through various tweaks each time to get his action to conform to the 15-degree limit.

He was most recently cleared to bowl in international cricket in May 2018, after which he questioned the ICC’s process for identifying and scrutinising suspect actions. No action was taken against him after he appeared before a PCB disciplinary committee and clarified his comments.

Between then and this latest development, Hafeez’s action had steered clear of match officials’ attention, but it did make the news when the New Zealand batsman Ross Taylor appeared to question its legality during an ODI in Abu Dhabi in November 2018.