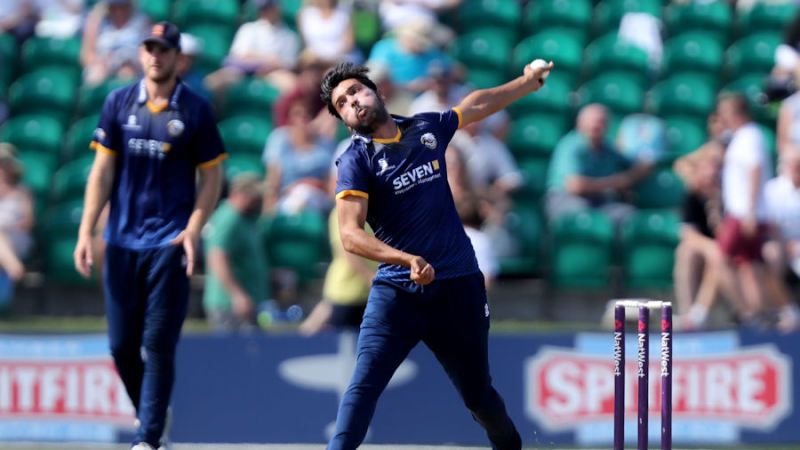 Mohammad Amir, the Pakistan left-arm seamer, will return to Essex for part of the 2019 Vitality Blast. Amir, who played a part in Essex’s 2017 Championship success, has signed for eight games in the T20 competition.

Amir is due to arrive in time for Essex’s first fixture in this year’s Blast, against Middlesex at Lord’s on July 18, before missing two games due to family commitments. He will then be available until mid-August before heading to the Caribbean Premier League.

“I’m very excited to return to Chelmsford and re-join my Essex team mates,” Amir said. “I thoroughly enjoyed my time here in 2017 and I’m looking forward to playing my role in the club’s success this season.”

Essex have already re-signed Australia legspinner, Adam Zampa, one of the few successes of last season, as well as bringing in T20 veteran Cameron Delport for 2019. Last year, they finished third from bottom in the South Group, winning just two of their 14 games.

The club also failed to reach the Blast quarter-finals in 2017, but Amir was a success, taking 14 wickets in 13 games and with an economy of 6.77.

“Mo is one of the most exciting bowling talents in the world and I’m ecstatic he’s going to be back with us,” Essex’s head coach, Anthony McGrath, said. “He has the ability to bowl at a fast pace whilst swinging the ball both ways and showed a real desire to come back to Chelmsford and be an Eagle again.

“Everyone has seen how devastating he can be with the ball and the talent he has, so I think alongside our other overseas player, Adam Zampa, we’re going to have one of the most dangerous bowling attacks in the Vitality Blast this year.”