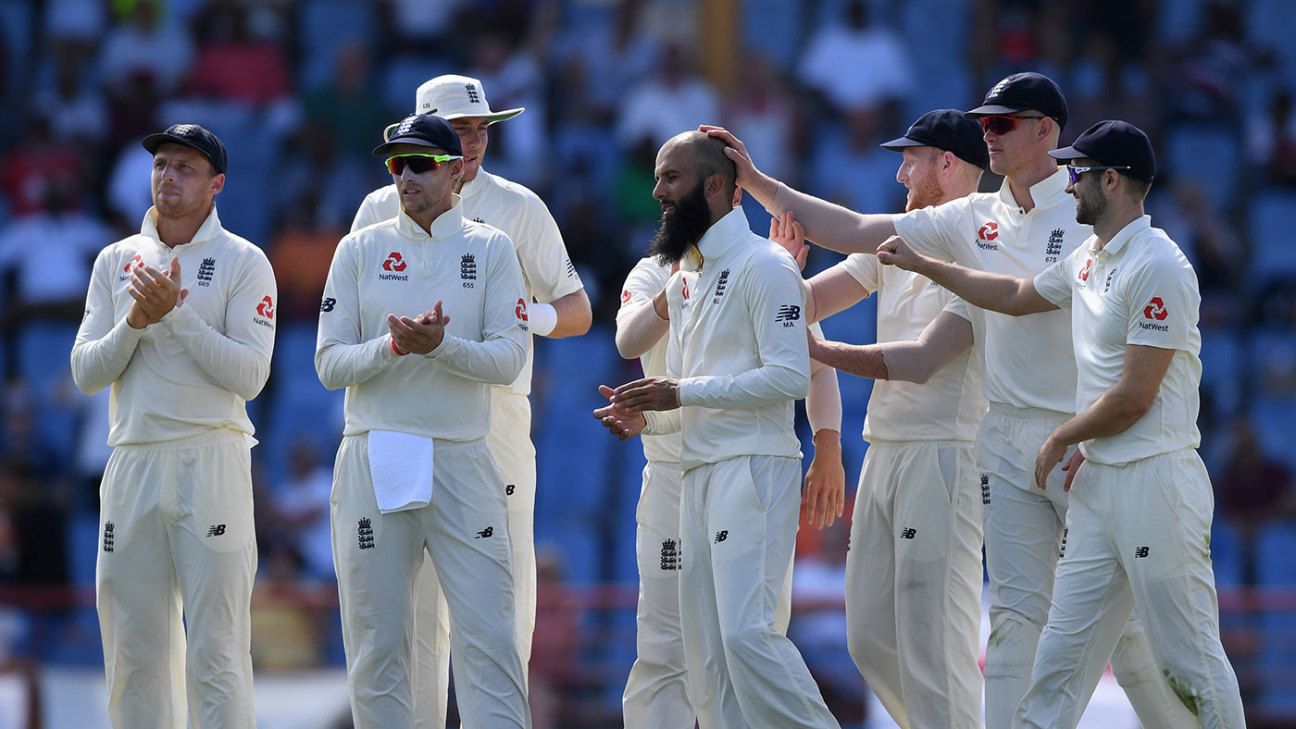 Moeen Ali says he was “hit hard” by comments from the national selector, Ed Smith, suggesting he was neither England’s first-choice spinner nor suitable to overseas conditions.

Smith, appointed as England’s national selector last April, could not find space for Moeen in his first Test squad for the series against Pakistan, which started in May. Instead, Dom Bess was selected with Smith making it clear Jack Leach would have played had he been fit.

“Moeen had a difficult winter,” Smith said at the time. “We know he can be a very productive player in English conditions. But the role of first-choice spinner might not be best suited to him. His best way might be as second spinner.”

But while Moeen says those comments were “disappointing”, he also believes they “spurred” him to win a recall. That happened for the fourth Test of the series against India, when he won the man-of-the-match award after out-bowling Ravi Ashwin and picking up nine series-sealing wickets.

And now, having finished both winter tours as England’s highest wicket-taker (he and Jack Leach both claimed 18 wickets in Sri Lanka, while Moeen claimed another 14 in the Caribbean) he has both responded eloquently to Smith’s challenge and re-established himself as the side’s No. 1 spinner.

“It hit me hard,” Moeen said. “It was disappointing. I felt like they were looking for someone else.

“But it spurred me on. I did need that break at the time. Maybe if I’d been picked versus Pakistan I wouldn’t have bowled well. But I came back against India fresh, scoring runs and taking wickets and I felt at the top of my game.

“I still had the belief. So to get back in the side and prove I can do the job is… [pleasing].”

Moeen had endured a grim 2017-18 Ashes. He failed to pass 40 with the bat and claimed only five wickets at a cost of 115 each with the ball. After another wicketless Test in Auckland, he was dropped for the final Test of England’s winter.

There were mitigating factors. With England having picked only two spinners in their touring squad – one of which was 20-year-old legspinner Mason Crane – Moeen was obliged to go into the first Test carrying a finger injury that compromised his performance. England had been reluctant to throw Crane into the hostile environment of an Ashes Test in Brisbane on debut as the only spinner. While Moeen’s injury had healed by the back end of the series, his confidence had dipped and he was unable to compensate with his batting.

“I remember reaching 50 and thinking that was a massive achievement. Someone said ‘maybe 100?’ and I thought no chance”

That seems a long time ago now. This year, Moeen has continued to rise up the tally of England’s leading wicket-takers and is currently tied with Angus Fraser on 177. Only 17 men have claimed more Test wickets for England; only four (Derek Underwood, Graeme Swann, Jim Laker and Sydney Barnes, whose categorisation is not straightforward) are spinners.

And while his average – 36.37 – is higher than all those above him, his strike-rate – 60.4 – compares well even with England’s two most prolific Test spinners: Underwood’s 297 wickets came at a strike-rate of 73.6, while Swann’s 255 came at 60.1. Over recent weeks, Moeen has surpassed the wicket totals of such respected spinners as Tony Lock, Monty Panesar, Fred Titmus and John Emburey. On every occasion, he has done having bowled far fewer – sometimes several thousand fewer – deliveries.

“I’ve done better than I thought I ever would,” Moeen admits. “I must have done okay to get that many wickets. I remember reaching 50 and thinking that was a massive achievement. Someone said ‘maybe 100?’ and I thought no chance.

“But when you go past some of the greats, you think ‘maybe I am a good spinner?’

“I feel like I belong. People might think I don’t because they think I’m not a proper spinner. There will always be good days and bad days but I am improving. I think I can get into the side as a bowler now, even if I didn’t bat.”

There have been times this winter when that has probably been just as well. While he top-scored in the Antigua Test, that innings of 60 was his only half-century of the winter. In 11 innings, he only reached 35 once. As a result, he admits he has work to do on his batting, though he now – for perhaps the first time – appears to see himself as a bowling all-rounder.

“It needs working on,” he says. “But I feel set. I will stay at No. 8 and I know it. I have got my head around that and it feels natural now. Being a bowler: I’m very happy with that. Even if I do well people may say I should move up. But I’m happy.”

Having experienced such ups and down, Moeen is well qualified to offer some hope to Adil Rashid who was dropped after the Barbados Test and could face an uphill journey to win a recall. But, at least as far as Moeen is concerned, Rashid requires a bit more understanding and “backing”.

“Things can change quickly,” Moeen said. “We didn’t expect him to play Tests a year ago. He bowled better than me in the first innings in Barbados. Both of our beliefs is that people can plan or say things, but God’s plans are different.

“He’s got so much skill maybe sometimes he confuses himself. His role is to take wickets. He will go for runs. As players, supporters, media, we have to realise that.

“No one will be Shane Warne. But a mystery guy like Rash will pick up wickets given the right time, backing and mindset.

“I hope it’s not the end. We know what he can do. If we can manage him right, we can get so much more out of him. I still feel he can be one of the best in the world at Test cricket.”