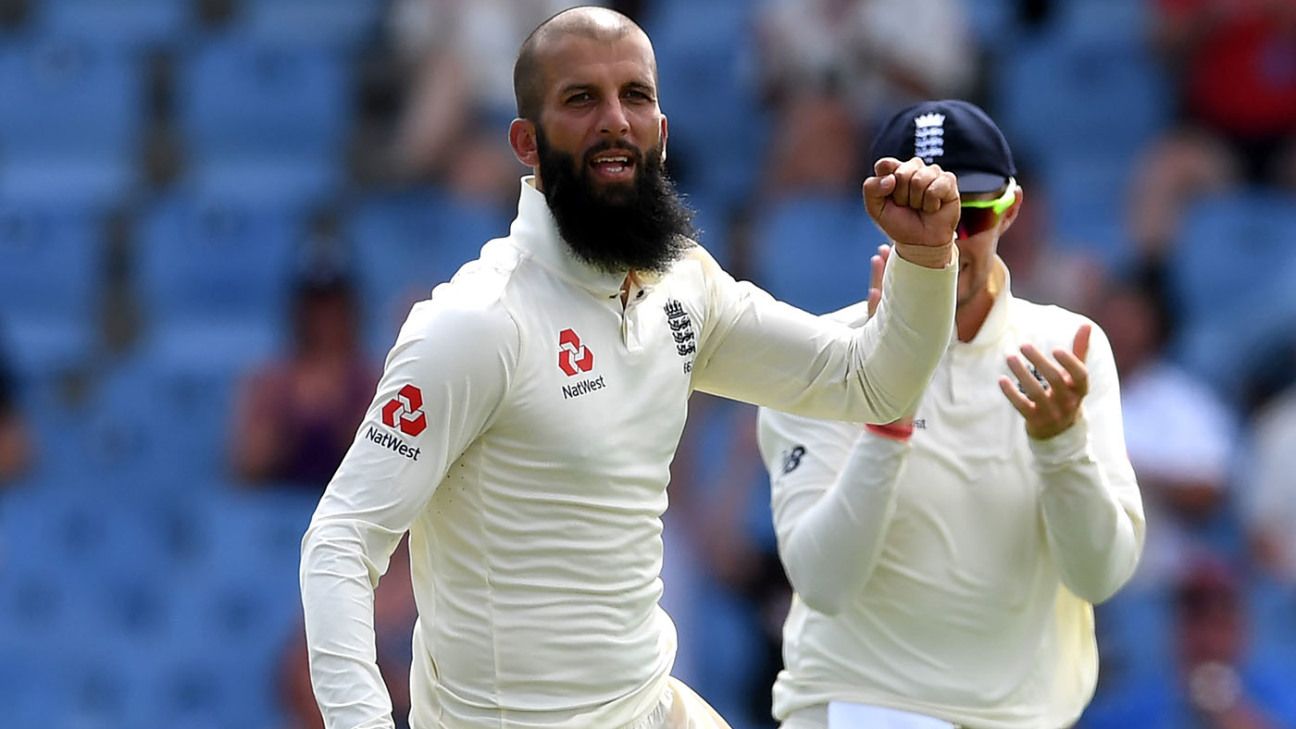 Moeen Ali insists he has not put a timeframe on his return to international action with England, despite hints from Joe Root, the Test captain, that his comeback could happen as soon as the South Africa tour next month.

Moeen opted out of travelling to New Zealand for the two-Test series which gets underway in Mount Maunganui on Thursday, and has instead been plying his trade on the white-ball franchise circuit – first with a two-match stopover with Cape Town Blitz in the Mzansi Super League, and now as captain of Team Abu Dhabi in the T10 League.

Speaking on the eve of the first Test, Root had said that England were “very open” to Moeen’s return to action, but admitted that the player himself would need to be in the right frame of mind to resume a Test career that was put on indefinite hold after he was dropped midway through this summer’s Ashes.

However, speaking to ESPNcricinfo in Abu Dhabi, Moeen himself said that, after a gruelling few months of high-pressure cricket with England, he was enjoying the more relaxed atmosphere on the franchise circuit, and indicated that his international comeback could even be delayed until next summer’s visits of Pakistan and West Indies.

“I want to play at some stage but I haven’t decided when or anything,” Moeen said. “I’ll just take it as it comes. Obviously Leachy [Jack Leach] is in the side and bowling really well, so I’ve also got to get back in the side as well.

“It could be South Africa, could be Sri Lanka [in March], it could be just the summer,” he said of his anticipated return. “There’s no sort of timeframe on it. I’ll be speaking to Rooty after the series in New Zealand, and to Chris Silverwood [England coach], and we’ll have a bit more clarity and more idea about it then. But at the moment I’m not thinking about it too much.”

Though Moeen’s winter hasn’t exactly been restful, with long-haul flights to South Africa and the UAE and yet more nights away from home, he is adamant that the demands of franchise cricket are far removed from those at the very highest level of the game, and consequently, more players are going to have to decide how they want to prioritise their professional careers.

“There is a lot of cricket played around the world, but in the franchise stuff the pressure is not quite the same as international, particularly Test cricket,” he said. “Players will have to pick and choose depending on what they really want to play, and the stages they are at in their careers because playing so much cricket is difficult, with all the travelling and flying.

“Franchise cricket is a lot more relaxed,” he added. “Obviously you get the whole day to do what you want, then play in the evening, whereas in international cricket, Test cricket, everyone’s watching, the pressure is on you to go and do well for your country. It is mentally and physically harder than any sort of franchise cricket.”

Asked if he would feel any pangs of regret when England take the field against New Zealand on Thursday, Moeen was adamant.

“I actually don’t,” he said. “I’d obviously love to be there and playing Test cricket but at the stage I was at, I felt like I needed that time away from Test cricket, so I don’t feel like I’m missing out. Obviously I’m supporting them and I’ve been in contact with the players, but I’m just trying to enjoy my cricket and the franchise stuff.

The stint in Abu Dhabi had helped to rejuvenate him, he added. “I really love it, I’m enjoying my batting and captaining here, I’m enjoying that too. It’s different, the pressure’s off almost. It’s a different type of pressure, and it’s nice to get away from that a little bit just to refresh myself.”

On the lessons he had learnt from his time in the T10 competition, Moeen said there was plenty that he’d picked up that could help to enhance his T20 game, especially with consecutive T20 World Cups looming in 2020 and 2021.

“When you don’t play or you look from the outside, it’s just a slog, but there’s a lot more to it,” he said. “You can’t play it like a T20, the tempo’s faster and the batter’s under the pump from the start. I really like it.

“Every dot ball can bring a wicket, pressure builds massively on batters and bowlers, and as a bowler you’re just bowling for survival, really, and you can take that to T20 too.

“It will help improve T20 cricket, even though it’s played really well already, but it’s more for the power guys, because there’s no time to knock the ball around. Particularly the Windies guys are bigger and stronger, and on a different level when it comes to hitting sixes.”