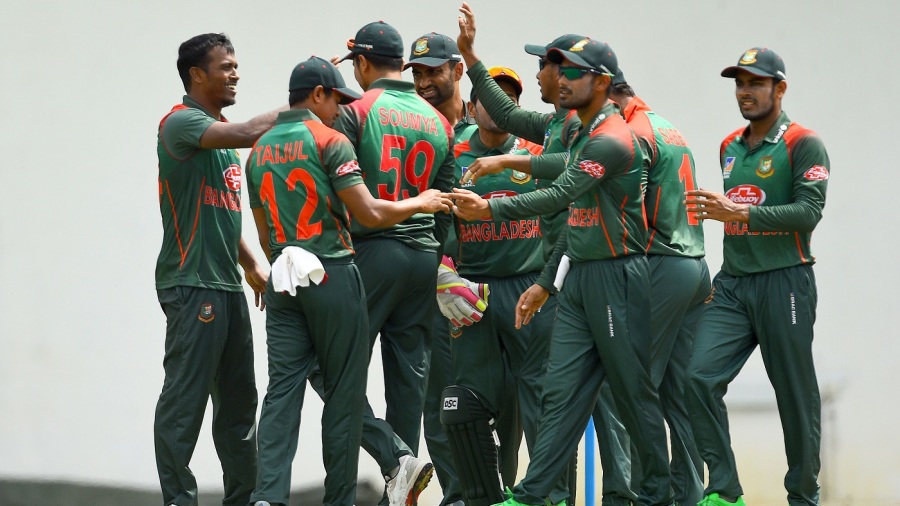 Mohammad Mithun and Mushfiqur Rahim steered Bangladesh to a five-wicket win in their only warm-up match against Sri Lanka Board President’s XI at the P Sara Oval in Colombo.

Mithun fell nine short of a hundred, having struck 11 fours and a six in his 100-ball knock in a 283-run chase. Mushfiqur, meanwhile, peppered seven boundaries en route to his 46-ball 50. Mahmudullah and Sabbir Rahman complemented the half-centurions with breezy thirties to help take Bangladesh home with 11 balls to spare. The touring side lost only five wickets, Lahiru Kumara the pick of Board President XI’s attack with 2 for 26 off his six overs.

Earlier, Dasun Shanaka‘s 63-ball 86 took the home side to 282 for 8 in 50 overs after they opted to bat. He struck six sixes and as many fours, while Shehan Jayasuriya made 56 off 78 balls.

For the visitors, Rubel Hossain and Soumya Sarkar took two wickets each. Rubel struck with his third ball, trapping opposition captain Niroshan Dickwella in front for a duck, and his second strike – Oshada Fernando – preceded Taskin Ahmed’s dismissal of Danushka Gunathilaka that left the hosts reeling at 3 for 32 in the eighth over. An 82-run stand between Bhanuka Rajapaksa and Shehan then helped steer Board President’s XI past 100, but it eventually proved insufficient to edge past Bangladesh ahead of the ODI series proper.

Bangladesh will take on Sri Lanka in the first ODI in Colombo on June 26.