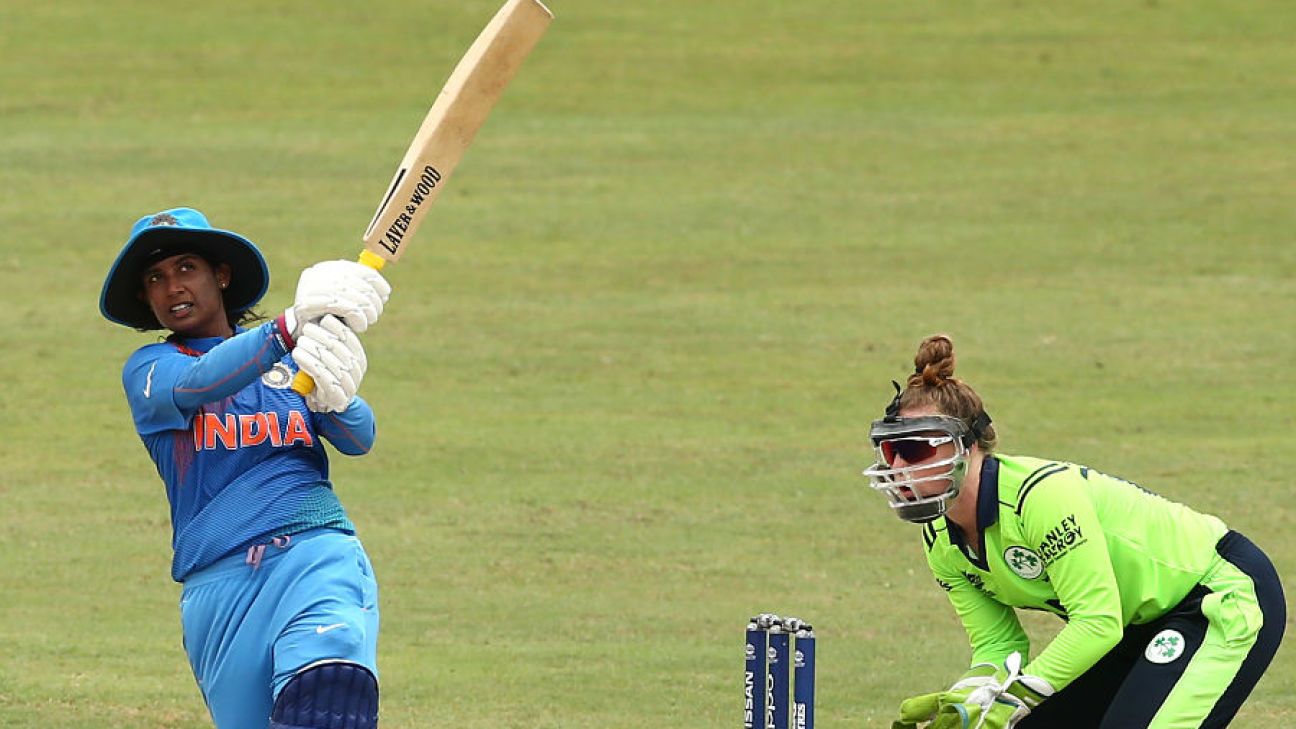 The end of India’s Women’s World T20 campaign in November was marred by a dispute centered around Mithali Raj’s exclusion and she found herself on the outside once again as the team played their first match since losing that semi-final in November. ESPNcricinfo understands Raj will likely be picked for the T20I series against England next month even as uncertainty continues over her role in the shortest format.

Raj was part of the 15-member squad to take on New Zealand in three T20Is starting on Wednesday. But she wasn’t picked to play the series opener in Wellington.

The pace that Raj bats at was a major factor in her exclusion at the World T20. She played two innings in the tournament, scoring 107 runs at a strike-rate of 104. Then coach Ramesh Powar wrote a report to the BCCI saying she was putting pressure on the rest of the line-up with her rate of scoring. Raj had fired her own volleys as well, claiming she had been “deflated, depressed and let down” by the way she had been treated by the team and the BCCI.

Prior to departing for New Zealand, Raj addressed a press conference saying she and the T20I captain Harmanpreet Kaur had moved on from their differences.