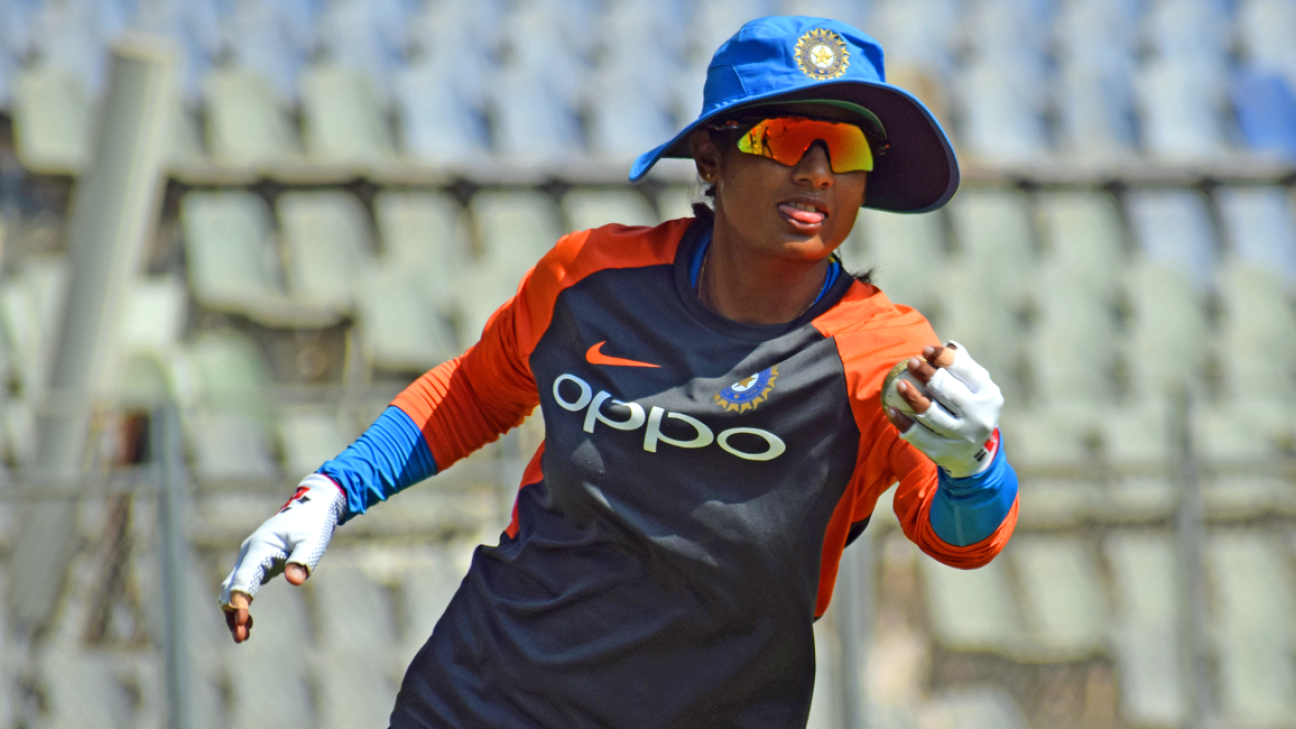 Mithali Raj has called for age-group world tournaments in women’s cricket, which would raise the profile of the sport and help develop cricketers. India’s ODI captain said that an age-group World Cup would act as a bridge between domestic and international cricket.

“It will be important because every country is looking forward to getting more girls to play the sport,” Raj said on the eve of India’s second ODI against England in Mumbai. “And if you have another World Cup of, say, Under-19 or Under-21, it gives an opportunity for young girls to compete at that level because there’s something to look forward to.

“Someone who’s playing Under-19, they have to straightaway aim for the senior level [World Cup-wise]. That’s a long shot. Very few are able to make it. For the rest who don’t make it, at least they have another shot at playing or representing their country at the World Cup.”

Raj also felt that India’s domestic pool was deep enough for the BCCI to start a women’s IPL. A year back, Raj held the view that a women’s T20 league wasn’t feasible. But since then, the ICC has successfully staged a first-ever standalone Women’s T20 World Cup in November.

“Now, since a year or two people have gone beyond [recognising] two-three players [in the Indian squad],” Raj said. “Now they recognise other players in the squad and now is the right time to get in IPL because T20 is also a format that ICC is looking to promote women’s cricket. So it’s important if we can have an IPL, promote an IPL kind of league in our country, so the domestic structure will improve immensely.”

The influx of domestic players in India’s limited-overs squad has been steady since the 2017 World Cup. And less than a year since their international debuts in South Africa in February 2018, batsman Jemimah Rodrigues and left-arm spinner Radha Yadav played in the T20 World Cup in the Caribbean, and made vital contributions in India’s run to the semi-finals.

Among the relatively younger lot, wicketkeeper-batsman Taniya Bhatia and pacer Arundhati Reddy have had reasonable success as first-choice options in the XI. Harleen Deol, India’s newest ODI player who replaced the injured Harmanpreet Kaur, made her debut in the first ODI of the series against England, which India won by 66 runs. Deol came in on the back of her performances in the Challenger Trophy and in a warm-up match against a full-strength England side before the ODIs.

“A lot of young players who come in like Harleen or any debutant will take some time because our domestic structure doesn’t offer that much experience before coming into [the] international arena,” Raj said. “So, if you have leagues like this, when they make a debut, they are already experienced enough to absorb the pressure at international levels.”

The ODI series against England has 9am starts, with all three games scheduled on weekdays. England captain Heather Knight had expressed surprise at the timing, which has also seen sparse crowd turnout, with fewer than 200 spectators showing up at the Wankhede Stadium for the first ODI.

“We play a lot of day-night games all over the world,” Knight had said. “Personally, I was surprised it’s going to start at 9 o’clock. I felt 10 o’clock would still be fine… Obviously there’s a bit of dew at 9 o’clock. I don’t know why we’re starting at 9, not 10.”

Raj, however, felt that the poor turnout would have no bearing on the crowd that could potentially watch the forthcoming women’s exhibition games, which the BCCI is planning to hold during IPL 2019, having successfully held a women’s exhibition match in IPL 2018.

“Having [women’s] IPL in the mind… that’s the T20 format. You cannot think about promoting that format along with the homes series [because] that’s a completely different format,” Raj said. “In India, every one-day game starts at 9am, whether men’s or women’s.”

Raj’s views on how the women’s exhibition games should be scheduled differed from those of Jhulan Goswami, her long-time teammate. Goswami had told ESPNcricinfo last week that she didn’t believe “double-headers are or will be encouraged in our country anytime soon”. Raj, however, mooted the idea of having the matches as double-headers, pointing to the example of India’s recent series in New Zealand, where the women’s matches and men’s matches took place on the same day, at the same venue.

“As far as IPL is concerned, if that can be a double-header, like how we had the T20Is, in New Zealand, that will definitely garner more people to come and watch us play,” Raj said. “And obviously televising it and marketing it will get a lot of people to follow it.”

Raj also underlined that the women’s exhibition matches, or even a full-fledged women’s IPL whenever it comes about, shouldn’t be the only means to create a supply chain of good domestic players.

“Given we also have India A tour, I’m sure there is one in the near future,” Raj said. “If we have more of that and we can give opportunity to the second string, not just playing at home against visiting teams as part of President’s XI or India A, but also tours abroad, playing against Australia A or New Zealand A, that exposure will help them immensely.”