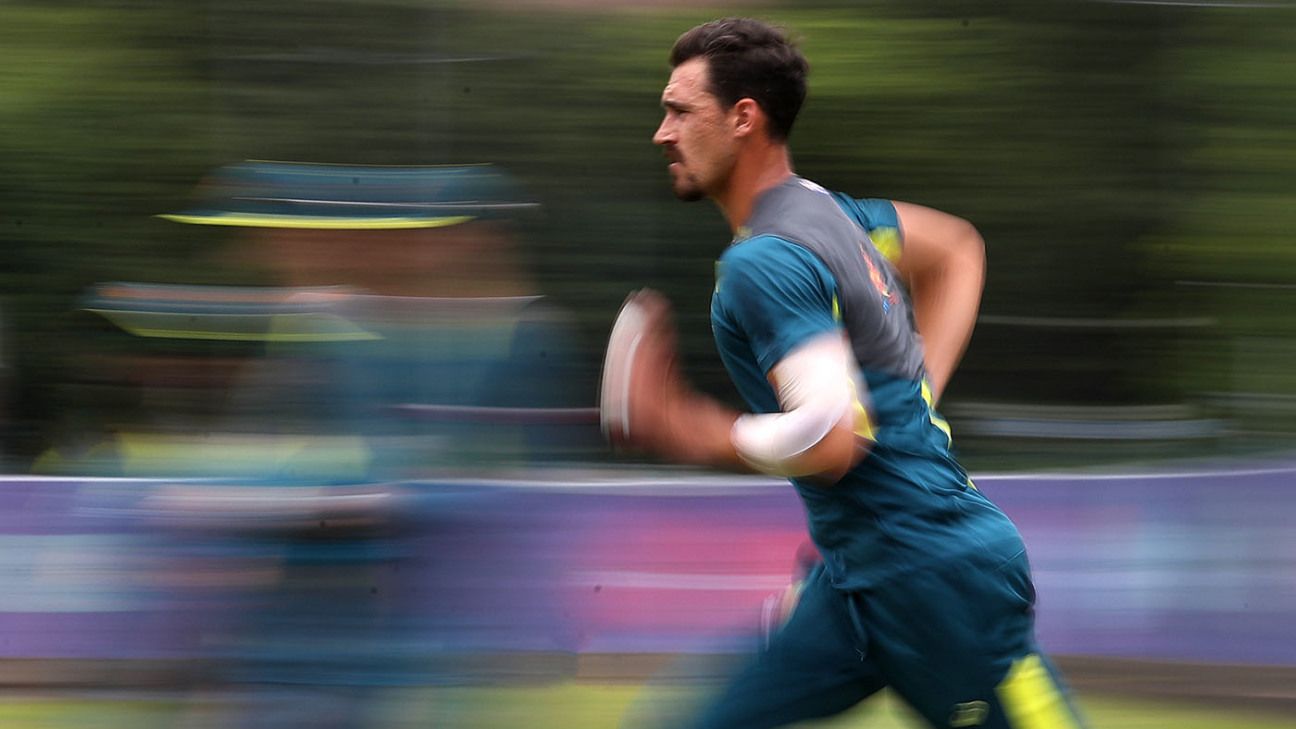 Australia’s Glenn Maxwell and Chris Lynn are among seven players who have listed their base price at the maximum of INR 2 crore (USD 279,000 approx) for the IPL 2020 auction, scheduled for December 19 in Kolkata. Fellow Australian Mitchell Starc, the highest wicket-taker in the last two 50-over World Cups, was a notable absentee, as was England’s Test captain Joe Root, among the 971 names to have registered for the auction.

Starc, the 29-year old left-arm quick, has opted out of the IPL for the second successive season. Starc last featured in the league in 2015, when he represented Royal Challengers Bangalore. In the 2018 IPL auction, Starc had been signed by Kolkata Knight Riders for INR 9.4 crore, but he was sidelined from the entire tournament with injury.

Earlier this year, Starc was recovering from injury ahead of the IPL 2019 auction and prioritised the World Cup over the IPL. Starc, however, is set to feature in the inaugural season of The Hundred, slated for next year, having emerged as the first overseas pick for Welsh Fire, signed for USD 160,000 approx.

Along with Starc, Maxwell and Aaron Finch had also pulled out of the previous auction. Both Maxwell and Finch are back in the auction pool for next season’s IPL.

Maxwell had recently taken a break to deal with “difficulties with his mental health“, but he made a positive return to club cricket on November 23. No time frame has been set by Cricket Australia for his national-team return, but Maxwell putting his name up for the auction might come as an encouraging sign.

Maxwell had missed the IPL last year in order to prepare for the World Cup and the Ashes. He wasn’t eventually picked in Australia’s red-ball squad, but Maxwell enjoyed a good time in the T20 Blast, helping Lancashire to the quarter-finals with 305 runs in nine innings at a strike rate of nearly 151.

Maxwell has been part of Kings XI Punjab, Mumbai Indians, and Delhi Daredevils (now Delhi Capitals) in the past. In all, Maxwell has scored 1397 runs in the IPL at an average of 22.9 and strike rate of 161.13.

In the 2018 auction, Maxwell was signed by the Delhi franchise for INR 9 crore (USD 1.4 million approx then). At the same auction, Lynn became the most expensive overseas player, when Knight Riders signed him for INR 9.6 crore (USD 1.5 million approx then). The franchise had first signed Lynn in 2014 and kept faith in him even when the aggressive opener was troubled by a long-term shoulder injury. But Knight Riders were concerned by the drastic drop in Lynn’s strike rate over the last two years, and consequently opted to release him.

Among other overseas big names in the auction list is the South Africa seam-bowling allrounder Chris Morris, who became the only retained player in 2018 to be released ahead of the upcoming auction. Morris was the second player to be retained by Capitals ahead of the 2018 auction for INR 11 crore.

Among Indian players, Robin Uthappa has listed his base price at INR 1.5 crore (USD 209,000 approx). Uthappa and legspinner Piyush Chawla had been bought back by Knight Riders via the right-to-match card option in the IPL 2018 auction. However, diminishing returns from both seniors promoted the franchise to release them.

Among the English contingent, Tom Banton, who recently made his international debut and was later in action in the T10 league, has entered the IPL auction pool for the first time. The 21-year-old has listed his base price at INR 1 crore (USD 139,500 approx). Also in the fray will be England’s World Cup-winning captain Eoin Morgan, who went unsold in the 2019 auction. He has set his base price at INR 1.5 crore.

The IPL auction, which will be held in Kolkata for the first time, will not be a massive affair, considering teams will overhaul their squads once again ahead of the mega auction in 2021. This auction will mostly be about plugging gaps and hiring back-ups. Also, with the IPL capping squad strength at 25, only 73 slots remain for the eight franchises to fill up. Out of these, up to 29 can be overseas players.

On Monday, the IPL sent the player longlist to the franchises, asking them to submit the names they would want to be retained before the final auction list is prepared. Incidentally, none of the 19 capped Indian players have listed their base price at INR 2 crore. One hundred-and-ninety-six capped overseas players and two Associate players will also be up for grabs.

With inputs from Matt Roller