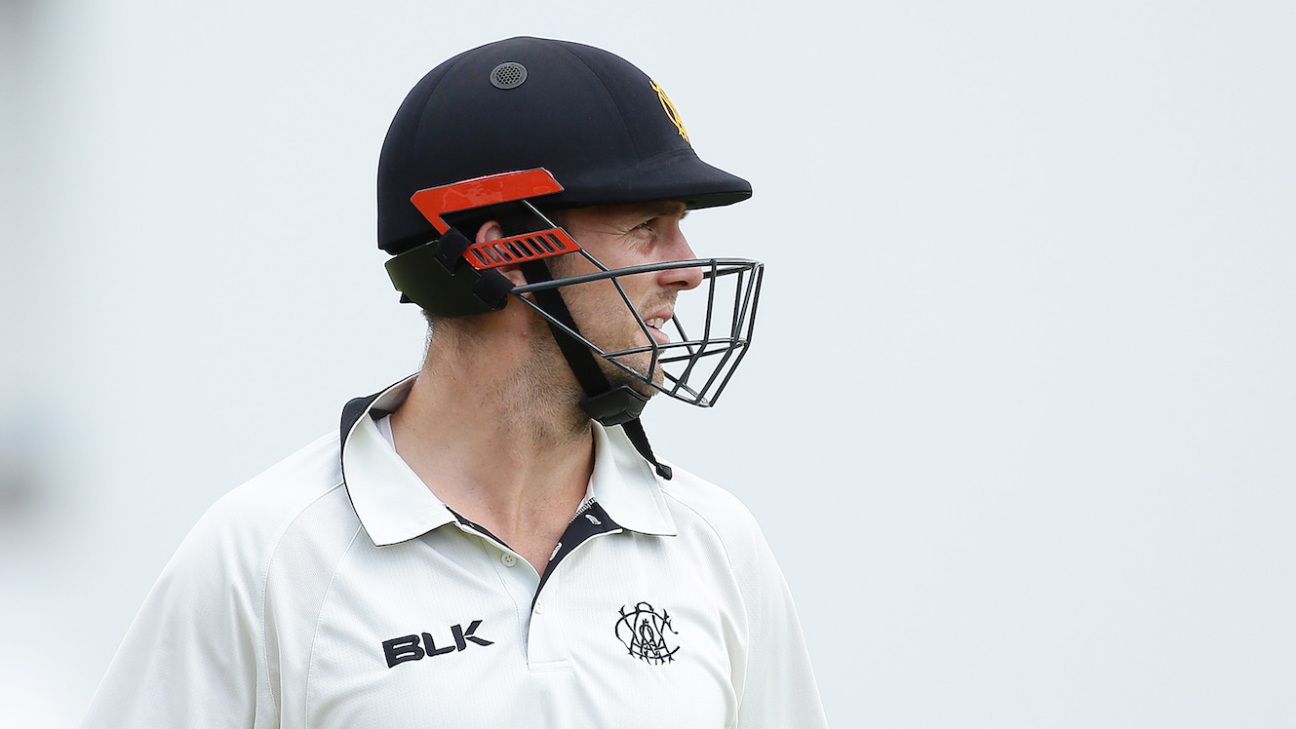 Western Australia captain Mitchell Marsh has injured his right hand after hitting the dressing room wall at the WACA following his dismissal on the final day of the Sheffield Shield match against Tasmania.

Marsh drove a return catch to Jackson Bird in the opening over of the last day to fall for 53.

A WACA statement said: “Marsh sustained the injury when he struck the wall in the changerooms following his dismissal earlier in the day. The extent of the injury and a timeframe on his return will be determined later this week after further investigation.”

Western Australia’s next match is against Victoria starting on Friday and it appears unlikely that Marsh would be available for that.

Marsh was recalled to Australia’s Test side for the final match of the Ashes series where he impressed with his bowling, claiming a maiden five-wicket haul, but did not grab his chance with the bat with scores of 17 and 24.

This injury could now significantly cut into the time he has available to impress the selectors ahead of the start of the Pakistan series next month.

When he was brought back into the side, captain Tim Paine – who was playing for Tasmania in this Shield match – urged Marsh to emulate Ben Stokes. In 2014, Stokes had punched a locker at Kensington Oval in Barbados following a dismissal against West Indies and was ruled out of the subsequent T20 World Cup.