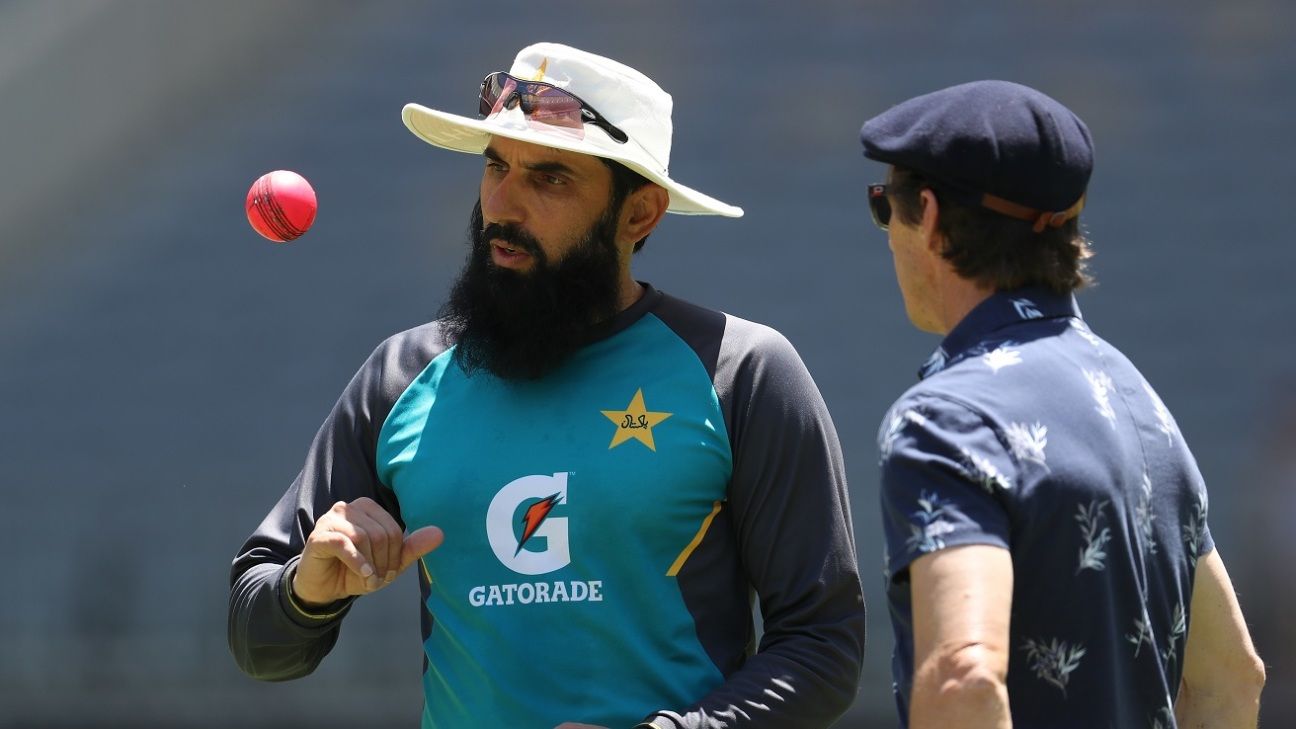 Misbah-ul-Haq knows the secret to getting Steven Smith out, and calls it the batsman’s “blind spot”. It isn’t much of a secret at all: simply hit the same spot, hitting at or near the top of the off stump, that troubles every batsman in international cricket.

The first trick, of course, is to get the ball to move off the seam from that spot to force errors. As Smith put it in England this year: “There is no doubt in my mind that the seaming ball is the hardest thing to play in the game. You don’t have time to react, so you have to play the line and if it goes in, you are a chance of hitting the stumps and getting lbw, and if it goes away you are a chance of nicking it.”

The other trick, even less of a trick than extracting seam movement, is simply to keep hitting that precise spot, ball after ball, over after over, hour after hour, session after session. Misbah, a past master at the pendulum-like rhythm that brings success whether batting or bowling in Test matches, has done his best to ensure that when Smith walks out to bat in the first Test, starting Thursday, Pakistan’s bowlers will find a way to hit the blind spot near enough to every ball.

ALSO READ: Waqar Younis warns against getting ‘carried away’ by bounce

“As far as Steve Smith goes, there’s a blind spot for every top batsman in the world; as a bowler you’re always interested in pitching the ball there,” Misbah said. “It’s important that we bowl with consistency there. Our bowlers are executing the plans very well right now, and hopefully we’ll be able to build that kind of a pressure, and stay disciplined especially early in the innings. No matter how good a batsman is batting, it’s about consistency and bowling the maximum balls in those areas that build pressure and the batsman respects you, and you force him to make a mistake.

“So it’s about consistency, and top players in the world, if you miss those areas, that special length and line, then they are good enough to just cash in on that. So you have to be very, very disciplined, just keep the ball there, and if it’s happening you are already in the game.”

“If you get good pace behind the ball and just put it in the right areas, you can create chances. That’s what we are looking for, and I think they can do it”

Pakistan’s selection choices seem to be geared to finding not only consistency but also movement, with bounce, off the pitch. Mohammad Abbas, Shaheen Afridi, Muhammad Musa and the 16-year-old Naseem Shah have the makings of one of the tougher pace-bowling attacks Australia have faced at home.

“At the moment, they are doing it, but obviously we’ll see how it goes in these conditions,” Misbah said, “because these pitches are hard.

“But I still believe if you get good pace behind the ball and just put it in the right areas, you can create chances. That’s what we are looking for, and I think they can, the way Naseem is bowling at the moment, Shaheen is very important with the new ball especially, he gets some movement in the air and off the seam also. We hope that they can do it, but you need to be very, very disciplined.

“Then it comes to plan B and plan C, if it’s not happening then where you’re going to attack him. Let’s see, there are good signs for us that a young bowling attack like this, they start understanding what they need to do here. It’s big pressure when they just go in a Test match, that’s a big learning for them. If they can replicate that in the game scenario then these fast bowlers will be a great asset for Pakistan. The kind of form he is in, there’s no doubt Steve Smith is a batting genius. We will try our best to execute our plans and dismiss him.”

Among Pakistan’s batsmen, the way Babar Azam has begun this tour gives the strong impression that he may be on the verge of a major breakthrough into the very front rank, currently occupied by Smith and Virat Kohli, among others. Misbah is hopeful that he has been able to add the requisite ice to Babar’s shotmaking fire, as evidenced by the maturity he showed in compiling a masterful century against Australia A in Perth.

“It was a very difficult pitch for our three-day game and they bowled very well. We were playing pretty much the top four bowlers from Australia A,” Misbah said. “Babar Azam did both the things there – he punished the poor deliveries and respected the bowlers when it was required. He batted with a lot of maturity there. It’s not just aggression, aggression and aggression, he has a very balanced approach. He puts the short balls away and even respects the good deliveries whenever he had to. He is ready to play that sort of a long innings in Tests.

“He is very important. I think the way he is playing these days, the most important thing for a batsman is how confident you are, especially after South Africa and those were difficult pitches when Pakistan played last series. The way he played good and attacking cricket there, he has changed totally as a batsman. He understands conditions and here the conditions for batting are a lot better.

“The way he has been batting these days in the warm-up games, in the T20s, and even in the nets, you can see his confidence and he has improved a lot technically, you can see the surety in him. He will be a key [batsman], especially with his confidence. Hopefully he will do well, it will be very important for Pakistan.”

As for the World Test Championship, Pakistan will finally make their entry to the contest with India already having streeted away to a 300-point lead. Misbah mentioned the psychological value of winning in Australia or England, before assuming a typically serene attitude to the title race.

“These two Test matches are here, whenever you come to Australia and England, if you perform well in these conditions as a team, especially a young team, that gives you huge confidence,” he said. “Then four Test matches at home, if we can do well here and then go there and perform well, then these things will take care of themselves.”