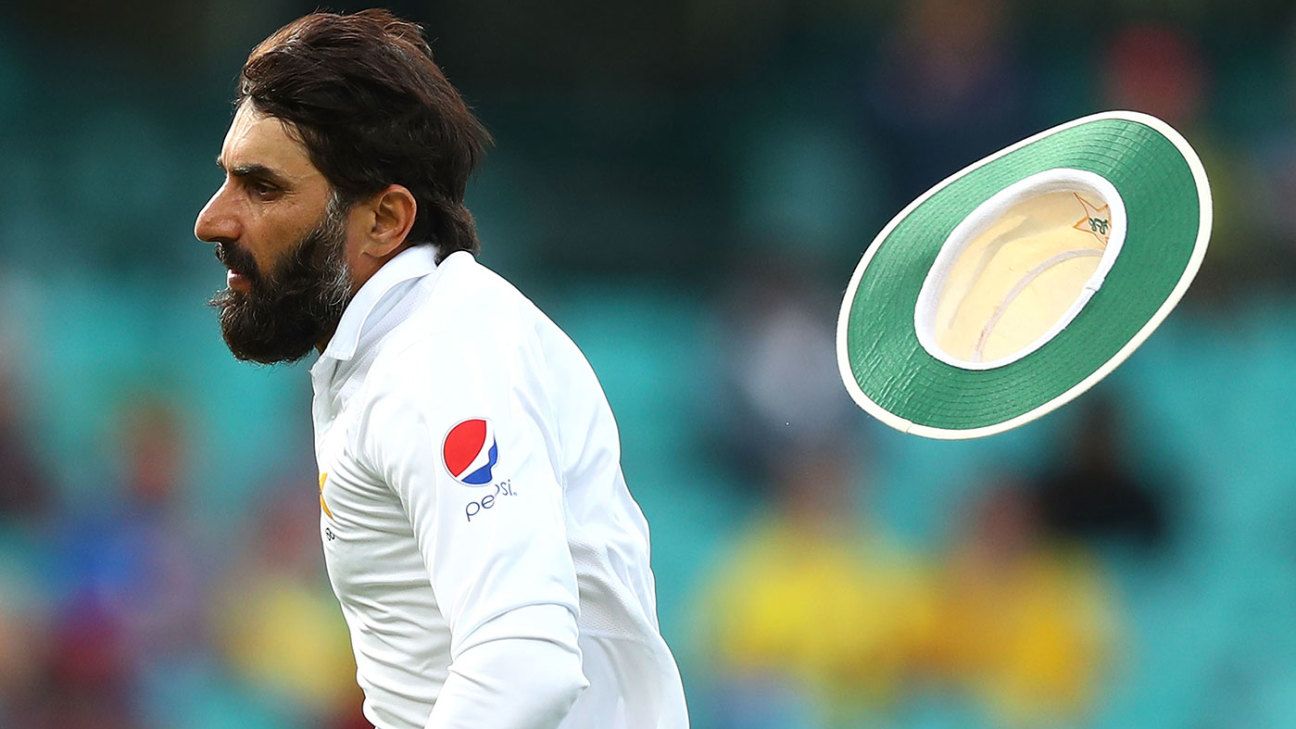 Misbah-ul-Haq is set to play Quaid-e-Azam Grade Two competition for his home side Faisalabad ahead of the Pakistan Super League, which begins on February 14. This is the second time in the last two years that the former Pakistan captain has turned to the lower level in a bid to extend his playing career. He will be joined by batsman Ahmed Shehzad, who is aiming to work his way back from his ban.

Misbah retired from international cricket in 2017 and has since been active in the domestic circuit. Last season, he played both List A and the four-day games for SNGPL. Ahead of the PSL draft last year, he backtracked on his agreement to mentor Islamabad United, saying he wanted to play in the 2019 season. He was picked by Peshawar Zalmi in the Diamond category in the draft.

The 44-year-old led Faisalabad to a win in 2017 in the Grade Two tournament and helped them qualify for the country’s premier first-class tournament Quaid-e-Azam Trophy. They, however, lost six straight games out of the seven, with one abandoned, following which they were relegated.

“The biggest motivation for me is to help Faisalabad regain their Grade One spot,” Misbah said. “We were relegated last season and our aim is to qualify for first-class cricket again; this is what we can strive to do for our region. Such events also provide an opportunity to work with younger players, to spend time with them to work on their game and transfer experience. On a personal note the tournament should help me prepare for the PSL.”

Meanwhile, Shehzad will return to competitive cricket after serving a five-and-half-month ban for violating the board’s anti-doping rules. He was initially handed a four-month suspension but it was extended by six weeks after he was found guilty of breaching the ruling on the original ban. As a result, he missed playing the Quaid-e-Azam Trophy, where he was to play for Sui Southern Gas Corporation after his contract was terminated by Habib Bank Limited.

“The last few months were very tough for me; I badly missed playing cricket especially since the sport is a childhood passion of mine and an integral part of my life,” Shehzad said.

“I am more focused than ever and have worked hard on improving my mindset and other aspects of the game. I am really looking forward to representing Faisalabad. Grade Two is a platform from where a lot of players have emerged and I am eager to deliver to the best of my ability for my team.”