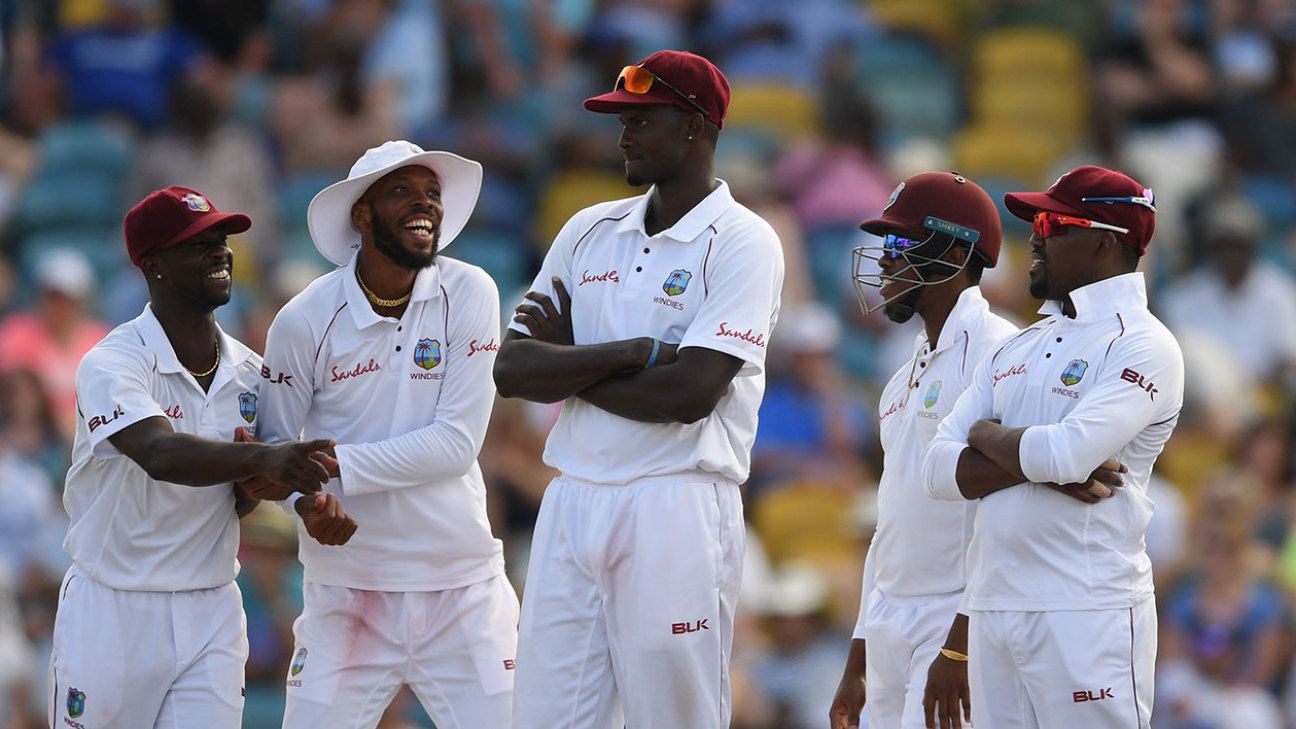 Trust the ICC to be a buzzkill. The decision to suspend Jason Holder in the wake of West Indies’ stunning victory in the Antigua Test is one of those typically letter-of-the-law decisions that make any rational recipient scream with outrage. It’s like being zapped by a speed camera while doing 38mph on a deserted stretch of A-road at 3 o’clock in the morning. Yes, I know rules are rules, and all that but …. AARGH!

Jeff Crowe, the ICC match referee (whose previous hits include the closing moments of the 2007 World Cup in Barbados), no doubt waded through a ream of mitigating circumstances before, reluctantly, adhering to the governing body’s lugubrious protocols. Never mind the scorecard, the West Indies captain was a full two overs short of fulfilling his obligations to an entertainment-starved public.

Crowe’s inner monologue may have played out something like this:

“England’s batsmen caused endless delays to the action in this series by lining up to be zapped like moths in a chip shop … check.”

“The contest finished TWO WHOLE DAYS EARLY therefore a quicker over-rate would have resulted in even less of a spectacle for an enraptured paying public … err, yes, check … I think.”

“The suspense and tension in the stadium whenever West Indies’ four quick bowlers were steaming in from the sight-screen – in particular Shannon Gabriel, with his Michael Holding approach and Patrick Patterson delivery stamp – by no means compensated for the loss of instant gratification that could have been provided by a seven-over spell of leg-stump darts from John Campbell. Check.”

“Jason Holder is one of the good guys, an inspirational leader whose personal journey mirrors that of Clive Lloyd in the wake of West Indies’ 5-1 hammering on the Australia tour in 1975-76, and who – in the course of two brilliantly orchestrated Test victories – has overseen nothing short of a Caribbean renaissance. This, in turn, could reach a towering crescendo in St Lucia next week, and so we, cricket’s governing body, must go out of our way to cultivate the moment for the greater good of the game. Well, yes … but will nobody think of Article 2.22.1 of the ICC Code of Conduct!“

Of course, it’s grossly unfair to single out Holder’s case over and above any other international cricket captain of the past umpteen years. No-one batted an eyelid when Afghanistan’s captain Nawroz Mangal, for instance, was nobbled in Buenos Aires during a World League Division Three fixture in 2009. More recently, when Alastair Cook was sin-binned on England’s tour of Sri Lanka in 2014, his predicament was laughed off as a mercy killing for a woefully out-of-form captain, not to mention a portent of his actual sacking as ODI captain two weeks later.

No, the reaction to Holder’s sudden banishment from a series that he has dominated with bat, ball and brain has been overwhelmingly emotional and fundamentally irrational. It’s not a phenomenon unique to cricket – Laurent Blanc’s suspension from the 1998 World Cup final was one such example of a wider game united in sympathy for one player’s cause – but in a sport such as cricket, where the individual battles are the basis on which the whole team game is built, the absence of such a key protagonist is perhaps more keenly felt.

“Why on earth do people get so worked up about over-rates, anyway? Test cricket is not exactly built for speed.”

But Holder’s predicament does beg the alternative question. Why on earth do people get so worked up about over-rates, anyway? Particularly in Test cricket, a form of the sport which is – now let’s be honest here – not exactly built for speed.

On the rare occasions that I get to proselytise about my favourite form of the game – usually when one of my American colleagues is popping over the pond to find out what the fuss is all about – my advice to the uninitiated is “don’t watch it, just let it wash over you”.

Bring a picnic, do the crossword, read a book, absorb the rhythm of the contest… and then, just when you’re beginning to wonder whether there’s any point to the spectacle other than as a backdrop to an afternoon of sun-bathing and idle chit-chat, it will hit you between the eyes. A passage of play that is so absorbing, time stands still, and even the beer snakes cease their writhing.

Think of some of the great passages of play that you’ve borne witness to in Tests gone by. Flintoff’s over at Edgbaston was seven balls, including a crucial bonus no-ball that allowed Ricky Ponting to edge the outswinger; Atherton v Donald at Trent Bridge came and went in a blur of bouncers and edges – probably eight overs tops, half of which weren’t even delivered by or to the men who stole the moment.

You’d be hard-pressed to say that any spectator who witnessed moments such as those could possibly claim to have been short-changed, however fleeting the duel may have been.

Now think of some of the dross. Alex Hales’ donkey drops during the Cape Town Test two years ago, for instance, or the dull but efficient darts that Chris Gayle continues to serve up on the T20 circuit but which claimed him 73 wickets at an economy rate of less than 3 back in his Test days. Unless there is a tactical reason for such bowlers to be unleashed – and there often is, it’s why Test cricket is so fascinating – there’s no way on earth that captains should be forced to turn to them just because the regulators are tapping their watches on the boundary’s edge.

In fairness to the ICC, there are obvious reasons why protocols have to exist. Time-wasting can be a deliberate and series-changing tactic – think West Indies in Trinidad in 1989-90, for instance, or England at Cardiff in the 2009 Ashes. These are the instances that need to be stamped on for the greater good, for these are the moments when the spectators (or half of them, at any rate) are liable to feel short-changed

But if people really do get worked up about over-rates, then the only thing to do is eat into the margins that will actually punish the players without short-changing the fans. If “two overs” is the shortfall that can cost Jason Holder his shot at leading West Indies to a 3-0 “blackwash”, then get all fielding teams to bowl 30 overs a session come what may, and eat into their lunch and tea breaks rather than the sport’s competitive integrity.

But until then, the ICC need to brace for the brickbats and accept that they have made a miserable, self-flagellatory, joy-sucking pronouncement, one that goes against the wishes of pretty much every cricket-lover in the globe… not least the put-upon England fans who, in between their howls of despair at their lame-brained glory-slogging batsmen, have secretly rather enjoyed this month’s reminder of what Test cricket used to be.