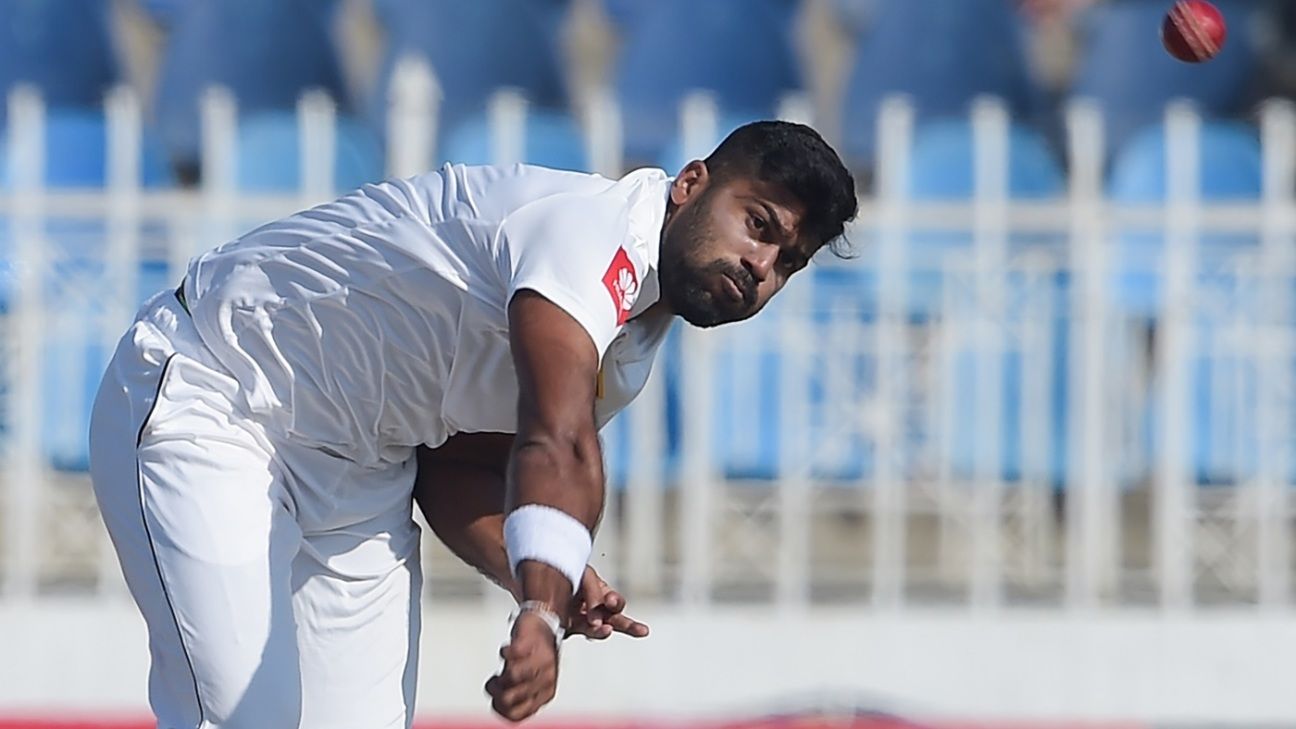 On the last day in Rawalpindi, the partnership between Abid Ali and Babar Azam skipped along at 4.2 runs an over. Sri Lanka coach Mickey Arthur would like his bowlers to contain the Pakistan batsmen a little better in the second Test in Karachi.

Rawalpindi’s surface offered little to the bowlers on the final day, in which only two wickets fell. With only 167 overs bowled through the course of the Test, the surface behaved more like a day two surface on day five.

Sri Lanka’s spinners, however, were unable to check the scoring rate of Babar in particular. His 102 came off just 128 balls. Dilruwan Perera, Sri Lanka’s lead spinner, traveled at an economy rate of 3.54 in the 24 overs he delivered, while Dhananjaya de Silva – the second-best spin option – conceded 4.36 an over. The Karachi surface is expected to favour batsmen as well.

“It doesn’t surprise me how well Babar and Abid did, and we needed to bowl well at them. The thing we’ve been talking about is controlling a run rate a little bit more,” Arthur said. “I feel they scored a little bit too quick. It was a day-two wicket so there was nothing in it. Building some pressure is the way to create opportunities.”

Among those who will be charged with keeping the run rate down is fast bowler Lahiru Kumara, whom Arthur had previously singled out as being capable of becoming one of the best in the world. Arthur had also picked out Kusal Mendis, from among the young batsmen, as a player with a high professional ceiling.

“Lahiru Kumara bowls 150kph, he runs in, he’s strong, and he’s athletic,” Arthur said ahead of the Karachi Test. “And I’ve always looked at Kusal Mendis and watched him play and just seen what a good player he is. If we can get him doing things consistently, these guys are going to be very good players.

“We’ve got to give them the environment so they can grow. I always use the phrase we give them the roots to grow and the wings to fly. The roots is their technique – it’s their base and their reference point. The “wings to fly” is them playing within their own characters. They’ve all got that skill and that talent.”

Arthur has had only one match in charge, but with Sri Lanka set to play at least five Tests in the next four months (two against Zimbabwe and two against England, in addition to Karachi match), he has limited time to settle in. Sri Lanka are currently third on the World Test Championship table after three games played with 80 points, behind India (360) and Australia (216).

“I’m still getting to know the guys. I’m still looking to find out how they play,” Arthur said. “I’m looking at each guy in their role, just to see how they go about their stuff. I’m just hoping we can go from strength to strength and reel Australia and India back in, so we can put ourselves in the reckoning for that ICC World Test Championship final.”