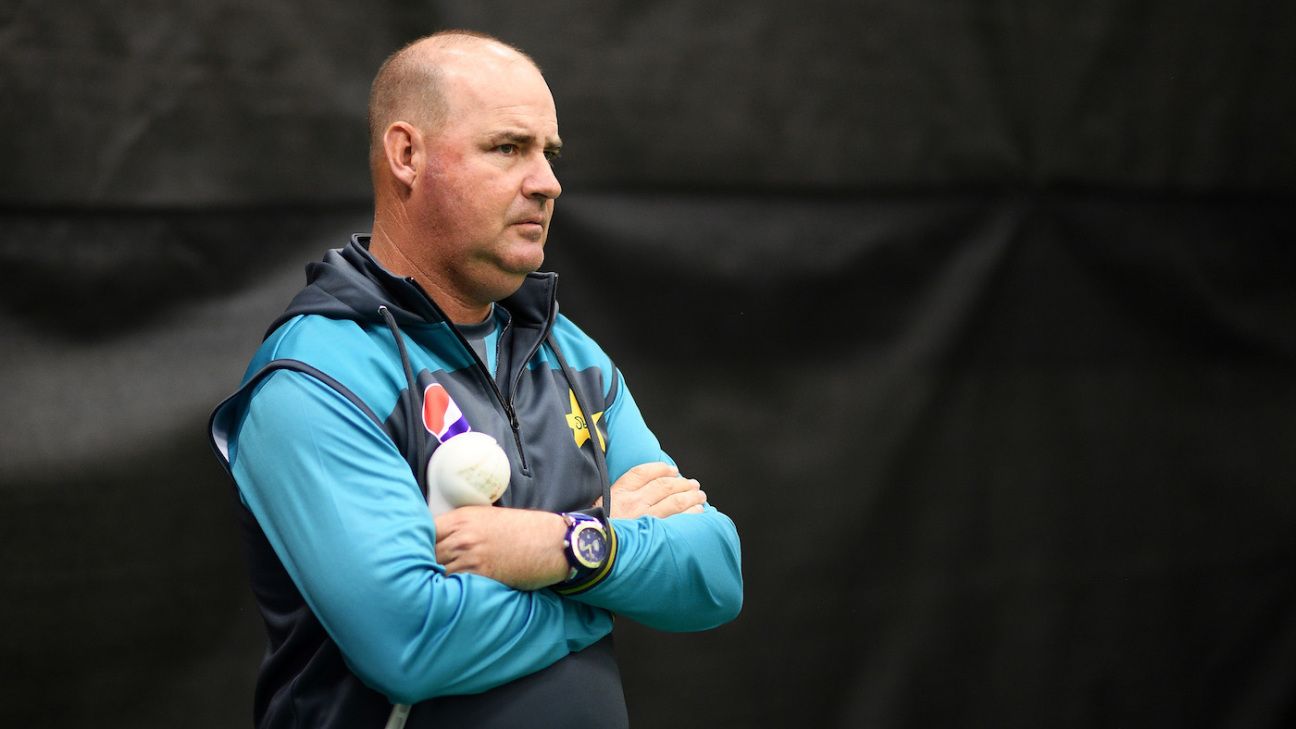 Mickey Arthur is set to take over as Sri Lanka’s head coach. SLC has agreed a two-year contract with Arthur, the former South Africa, Australia and Pakistan coach, with a formal announcement to be made shortly. Joining his backroom staff will be Grant Flower as batting coach, David Saker as bowling coach, and Shane McDermott as fielding coach, in what is a complete overhaul of the team’s coaching setup.

“They will all be joining on two-year contracts,” SLC CEO Ashley De Silva confirmed.

ESPNcricinfo understands that Flower will only work with Sri Lanka’s white-ball teams, and will not travel to Pakistan for the two-match Test series later this month.

Arthur is the 11th head coach of the Sri Lanka men’s team in the last eight years, and his first challenge will be a return to Pakistan where he had been head coach from 2016 until the end of this year’s ODI World Cup in July. It is understood interim head coach Rumesh Ratnayake will also be on tour to help with the transition.

Pakistan removed Arthur as head coach earlier this year, following a string of poor results, but the team also achieved some notable highs during his tenure, including winning the 2017 Champions Trophy and gaining the No. 1 ranking in Tests, briefly, and in T20Is.

Flower joins Arthur’s backroom staff having vacated the head coach role at Bangladesh Premier League (BPL) side Rangpur Rangers. Flower has a good working relationship with Arthur, having worked with him as Pakistan’s batting coach before he too was let go earlier this year.

Saker has worked as bowling coach for both England and Australia over the last ten years, before he took up the role of bowling coach with USA earlier this year – one he has now left.

McDermott was the first of the four new appointments to have come on board, with SLC securing his contract earlier this month on the recommendation of Cricket Australia. He had earlier served as the South Australia Cricket Association’s high-performance coach.