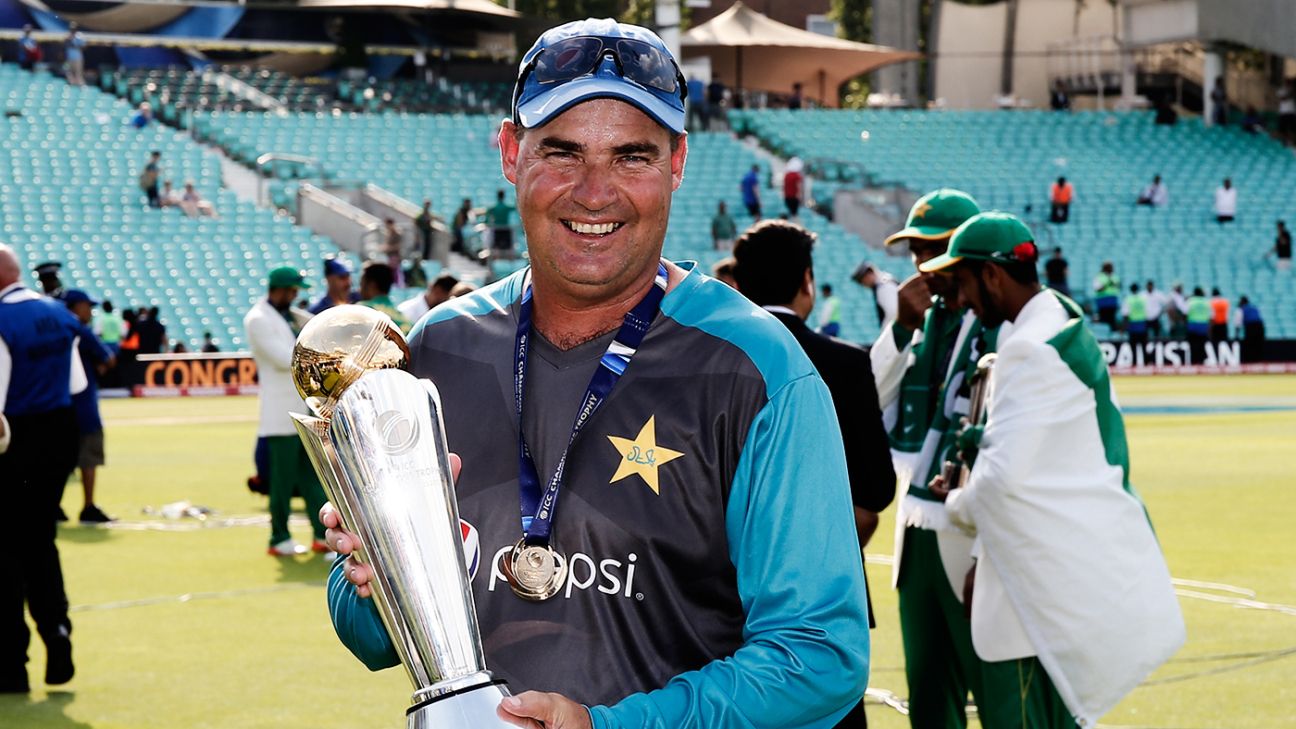 Mickey Arthur is likely to become Sri Lanka’s next head coach, despite Chandika Hathurusingha not having been officially been fired yet.

Arthur has not signed a contract with Sri Lanka Cricket so far, but board officials have expressed confidence that Arthur will take up the role before Sri Lanka’s forthcoming Test tour of Pakistan, which begins on December 11. SLC has been searching for a new coach since the end of the World Cup, and had approached several high-profile names, including former England batting coach Mark Ramprakash. But they now believe Arthur is the man to take the team forward.

“We are having discussions with Mickey,” SLC CEO Ashley de Silva said. “We think we will be able to reach an agreement.”

Arthur has coached South Africa and Australia in the past, but it was his results with Pakistan between 2016 and 2019 that really impressed SLC, de Silva said.

“He had won the 2017 Champions Trophy with Pakistan, and had also taken Pakistan to the No. 1 spot in T20s. He’s a well-known coach and he’s been around for a while,” he said.

Arthur was Pakistan’s coach until the end of the World Cup, and had expressed dismay at being let go from that role after the tournament this year. During his time with Pakistan, he is understood to have struck up a good working relationship with Steve Rixon, who is also the current fielding coach in Sri Lanka’s ranks.

Hathurusingha, who as of now still has a contract with SLC that takes him up to December 2020, is still believed to be drawing a board salary, however. SLC decided to suspend Hathurusingha from his role in August this year, but the contract is understood to be so strong, that they have had trouble sacking him without having to pay a substantial severance package.

SLC charged that Hathurusingha had several major shortcomings during his tenure, including failing to get along with some senior players, and had even gone as far as to schedule an inquiry, which Hathurusingha was asked to attend. Despite all this, the legal standoff continues.

If Arthur comes aboard as Sri Lanka coach he will be the 11th coach of the men’s team, including interim appointments, since 2011. Both previous coaches – Graeme Ford and Hathurusingha – were put under pressure to end their tenures long before their contracts expired.