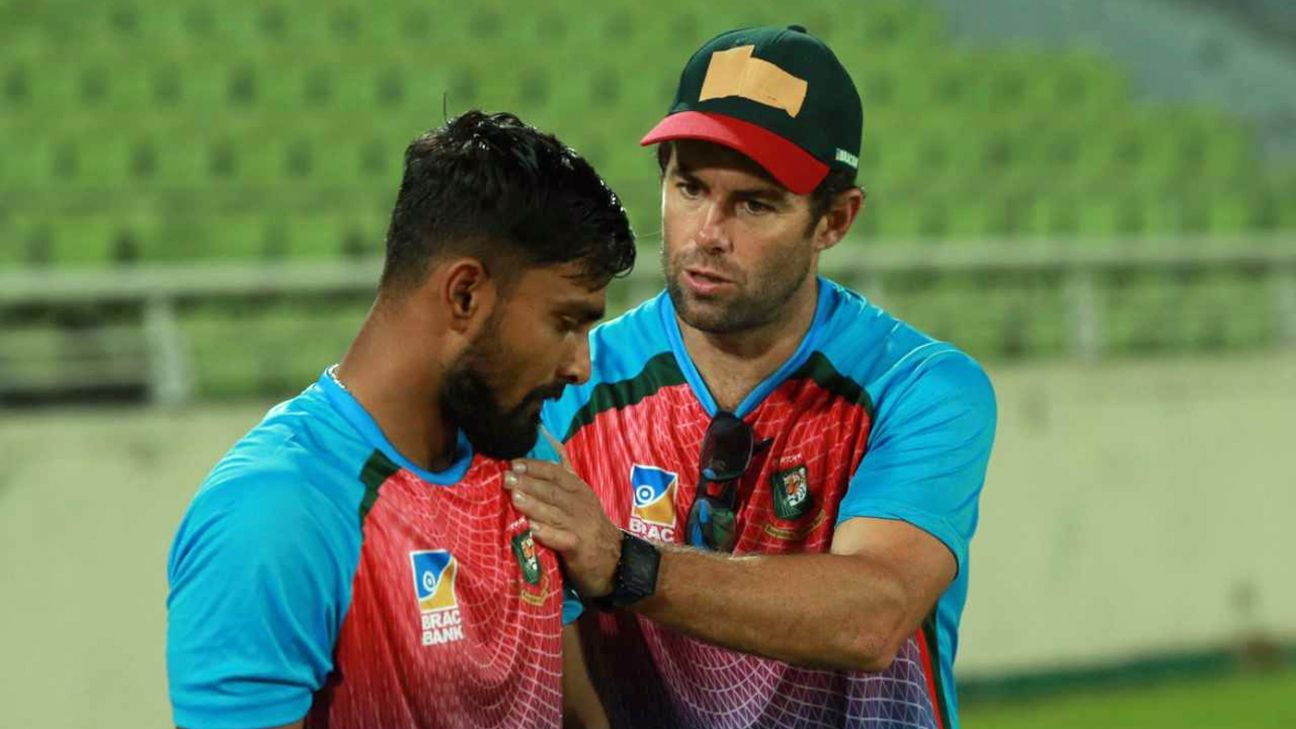 Five members of Bangladesh’s coaching staff will not be going to the first leg of Bangladesh’s tour of Pakistan later this month. According to BCB’s cricket operations chairman Akram Khan, Neil McKenzie, the white-ball batting coach, is among those who have withdrawn alongside fielding coach Ryan Cook.

The BCB preferred not to use Daniel Vettori, who is contracted to them as spin consultant, for such a short series. They didn’t consider team analyst Shrinivaas Chandrasekaran either on account of his being an Indian citizen. The BCB didn’t apply for visas for the two women’s team coaches during their tour last year because they were Indian citizens as well, although, during the recently concluded series between Sri Lanka and Pakistan, several Indian nationals were part of the TV production that brought live pictures from the games in Lahore and Karachi.

“[Strength and conditioning coach] Mario [Villavarayan] broke his hand recently while team analyst [Chandrasekaran] will be working with the team over Skype. McKenzie and fielding coach [Cook] will also not be going, while we haven’t yet confirmed on our new bowling coach,” Akram said.

Russell Domingo will therefore only have physio Julian Calefato among the regular staff while Sohel Islam (fielding coach) and Tushar Kanti Howlader (strength and conditioning coach) will act as support.

The BCB is in the middle of discussions with Ottis Gibson but if they cannot get him on board as bowling coach ahead of the Pakistan tour, they are likely to send Champaka Ramanayake who is already working for the BCB’s development programmes.