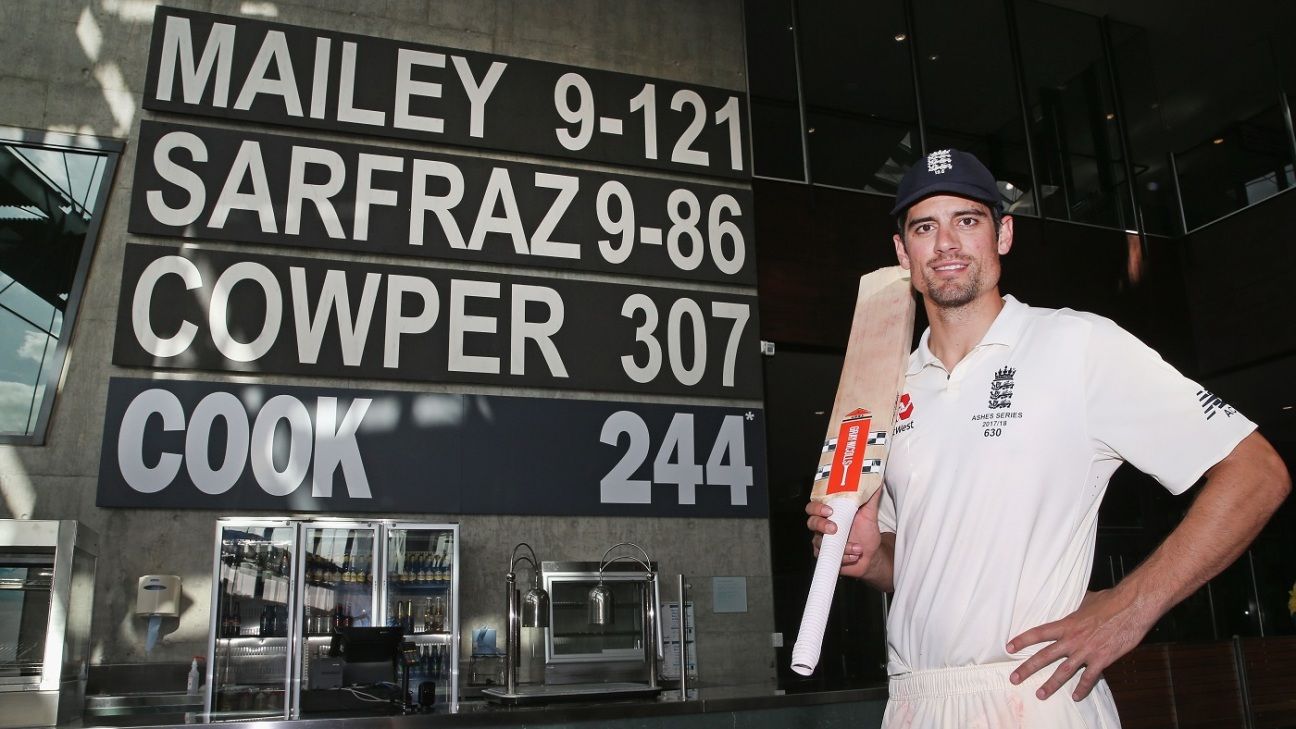 When you walk into the Members’ Bar at Melbourne Cricket Ground, it is impossible to miss the huge “Cook 244” on the wall.

It is a sign to ensure no one forgets Alastair Cook’s ten-and-a-half-hour vigil on a lifeless MCG track during the 2017-18 Ashes that would be won 4-0 by Australia, but not 5-0 thanks to both Cook and the surface.

No one at the MCG, not least the ground staff headed by curator Matt Page, need reminding of what happened.

Nearly two years on, just three days out from the first international of a new summer at the MCG – the third T20I between Australia and Sri Lanka – Page is confident that the plan to revitalise the MCG’s ageing drop-in surfaces is coming together and expects this summer’s pitches to be better than the ones from the previous two.

“We’ve been working towards a plan over the past year, part of a five-year plan of rejuvenating our pitches and get them up to the standard of where we want them to be,” Page said. “One of the massive projects that we undertook at the end of the AFL season last year was that we removed the concrete slab out in the middle, which has given us a more natural environment for the pitches to thrive in this summer and we’re looking forward to seeing how that goes.

“The pitches have gone in well. Our expectation is they will improve from where they were last year. It is a more natural environment for the pitches to grow in and we’re hoping it’s going to give us a better result and enable us to roll out better pitches.”

That concrete slab, which was the base for the drop-in trays to sit on for almost 20 years, was both a literal problem and an appropriate metaphor for what the MCG pitches had become, particularly in first-class cricket.

Adelaide Oval, which moved to drop-in pitches in 2013, and Perth Stadium, which did so more recently, did not install such a slab and have had far more success producing more natural and competitive cricket pitches.

Page likes what he’s seen from the six strips that were laid a month ago without the slab underneath. “It’s created a more natural environment,” he said. “It should help the grass grow better. We should get stronger, healthier grass. But it’s also enabled the pitches to go in, and they seem to be sitting a lot flatter at this stage.

“I guess for us it was trying to create as much of a natural wicket table as we possibly could with the trays. The only thing is the tray is still out there, everything else is like an in-situ wicket, and I guess we’re hoping they might perform more like a natural wicket block.” Page is confident the T20I track on Friday and subsequent short-form surfaces will have pace and bounce. He is hopeful that by Boxing Day, after hosting three Sheffield Shield games prior, the MCG surface will have something in it for everyone.

“We’ll be trying to produce something that gives the quick bowlers a chance upfront and then hopefully, we get the weather and we get some deterioration and give the spinners a chance at the end,” he said. “But I guess for us it’s (about) producing something that will provide a contest and it will make for some really exciting cricket to watch.

That is part of the reason there are only six strips laid this year rather than seven, so that more use across the course of the season helps with more natural deterioration in the back-end of games.

At the same time, the authorities are also completely rebuilding four trays from scratch with a different type of clay content. Those pitches have already been constructed and are expected to be placed into the centre and used either in the late stages of the 2020-21 summer or at the start of 2021-22.

“The actual tray itself is no different, the thing we’re trialling is a different type of clay which we’re looking at,” Page said. “We’ve built two wickets out the back in our practice area with this different clay. We’re looking at improving our pace and bounce and hopefully, we’ll get some cracks in it which hopefully will lead to some deterioration in our longer formats. That’s all an exciting process that we’re looking forward to and something that we’ll look progressing with over the next couple of years.”

“Cook 244” will likely never be erased from the MCG wall, but the lessons are being heeded.