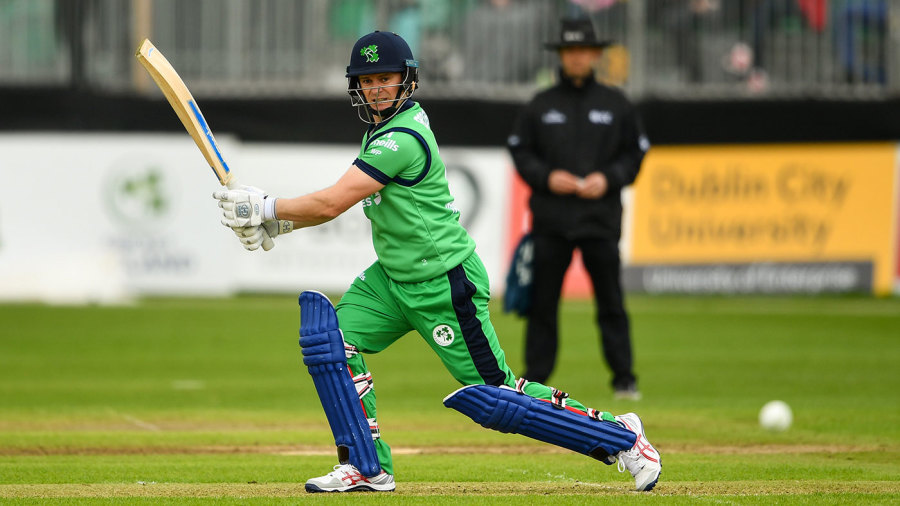 James McCollum‘s second fifty of the series, and a nuggety 49 from captain William Porterfield, took Ireland to an historic six-wicket win over Zimbabwe in Stormont. Following on from his fifty in Ireland’s series-sealing win on Thursday, McCollum set up Ireland’s pursuit of Zimbabwe’s 190 with 54 at the top of the order. Porterfield’s knock pushed Ireland closer to victory, and an unbeaten 35 from Kevin O’Brien secured their very first ODI series clean sweep over a fellow Full Member.

With swing on offer with the new ball, McCollum didn’t have it all his own way early in his knock and was given a particularly thorough working over by Kyle Jarvis, playing and missing at three outswingers in a row. But Zimbabwe couldn’t make any inroads, despite several near misses and one clear chance that came their way. In the second over of Ireland’s chase, Tendai Chatara drew a false shot from Paul Stirling, a leading edge presenting Sean Williams with a tough high chance running back from cover, but it was spilled and Ireland cruised through the Powerplay at better than five an over.

Having scored six consecutive fifty-plus ODI scores, Stirling was in sight of a seventh when he edged an attempted cut off Chatara to fall for 32. Zimbabwe snaffled a second wicket just before the first drinks break, Andy Balbirnie top edging a sweep off Williams before he could get going, but after the interval McCollum and Porterfield continued to find the boundary whenever one was needed to ease pressure.

Porterfield nudged his way past 4,000 ODI runs during a 43-run third wicket stand that steadied Ireland and took the score beyond 100 in the 23rd over. At the other end, McCollum raised his fifty with a handsome drive through cover off Solomon Mire, but then fell against the run of play in Mire’s next over, driving a long half volley uppishly into the covers, where Ryan Burl dived to his right to hold the catch.

By then, Ireland needed only 81 more runs from the better part of 25 overs, and Porterfield steadily whittled away at the target alongside Kevin O’Brien.