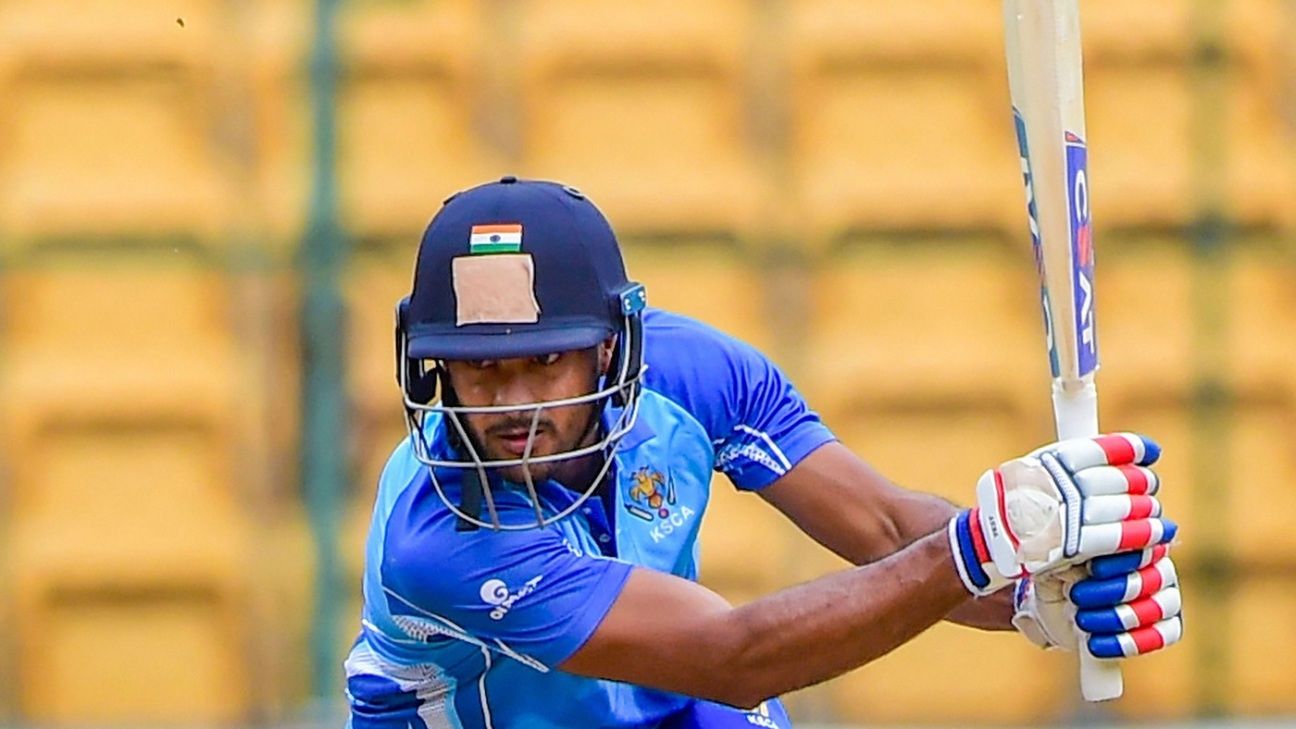 An in-form Mayank Agarwal is likely to replace the injured Shikhar Dhawan in the Indian squad for ODI leg of the home series against West Indies which will follow after the ongoing T20I series. It is understood that Dhawan has not yet completely recovered from the freak knee injury he suffered in November during the Syed Mushtaq Ali Trophy, which had ruled him out initially from the T20I leg of the West Indies series with Sanju Samson being named as his replacement.

Agarwal is currently playing for Karnataka in the first round of Ranji Trophy against Tamil Nadu in Dindigul. In case he is called up for the ODI series, he will miss at least the second round of Ranji matches starting on December 17.

It will be the second time this year Agarwal has been called as a replacement to join the ODI squad. The first occurrence was during the World Cup when he replaced allrounder Vijay Shankar, who had picked toe injury. The selectors had then explained the decision as providing top-order back-up, with Dhawan having already been ruled out and KL Rahul having suffered an injury scare.

ALSO READ: When you come back and play domestic cricket in India, it challenges you – Mayank Agarwal

Overall this year, in terms of numbers alone, Agarwal has been the best Indian batsman across formats across domestic and international cricket. With two double centuries and a century, he was the leading run-maker in India’s Test home season which featured five matches spread across two series involving South Africa (three Tests) and Bangladesh (two Tests).

Complimenting Agarwal’s form, Indian captain Virat Kohli said that what made the Karnataka batsman stand out was his positive intent and performing to win. In a recent interview with ESPNcricinfo, Agarwal agreed.

Agarwal had also dominated the domestic circuit. Immediately after the South Africa Test series, he rushed to join the Karnataka squad in Bengaluru for the Vijay Hazare Trophy semi-final and final. He scored an unbeaten 47 off 33 deliveries in the semi-final against Chattisgarh and then 69* off 55 balls in the final against Tamil Nadu, thus playing a strong hand Karnataka winning the title. Days later he turned up for India C and scored 120 against India A in the one-day Deodhar Trophy.