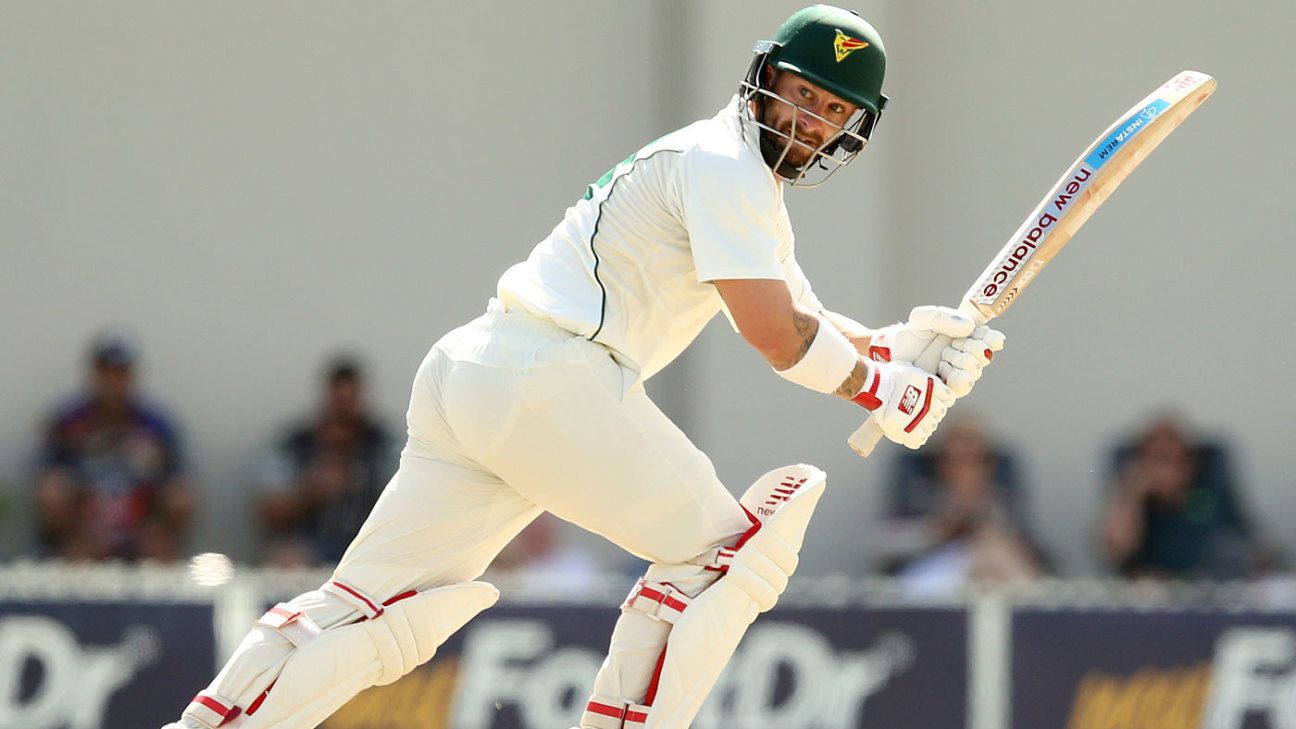 An Australian squad of 16 for the looming Ashes series, rather than the traditional number of 17, may well play into the hands of Matthew Wade as the selectors look for a utility reserve batsman and back-up wicketkeeper to face England over five Tests.

The selection chairman Trevor Hohns has flagged 16 as the number for the final squad, which is to be pared down from the 25 players to assemble in Southampton later this week for a final warm-up match that will conclude with the naming of the group to play the Tests.

Wade, who has battered all bowling attacks he has faced in a prolific past 12 months, maintained his run by clouting 114 against the England Lions on the day of the extraordinary World Cup final at Lord’s, in a stand worth 219 with Travis Head. With the national captain Tim Paine taking the gloves for the Tests, Wade’s strong case as a batsman and back-up wicketkeeping skills in the event of a late injury are firming his case for inclusion.

“I think I can do both roles,” Wade said in Canterbury. “I’ve played 22 Test matches; they’ve all been as wicketkeeper. So, I think if I manage to get a spot on the tour as that dual role and if anything happens to Tim, I feel I can stand in and catch them if they need me to.

“And vice versa, I’m playing more as a bat at the moment as well. Coming here I thought my opportunity would be in that dual role if they wanted to take some extra bowlers or allrounders or what have you. I’m not sure if that’s the case but I feel I can do both if I’m needed.”

The 17th spot has customarily gone to a back-up wicketkeeper, a role Wade himself filled in 2013, before Peter Nevill replaced Brad Haddin midway through the 2015 series. In 2009, Graham Manou played his one and only Test at Birmingham when Haddin was injured, while others such as Wade Seccombe, Darren Berry, Tim Zoehrer and Ray Phillips have all filled the role in the past. While the ODI vice-captain Alex Carey enjoyed an outstanding World Cup, his first-class record is modest when lined up against that of the more experienced Wade.

“I wasn’t aware [of a 16-man squad] but that might be a good thing if they are looking to take 16, then they’re probably looking for someone to bat and keep,” Wade said. “I feel like I can do that, so fingers crossed I get the tap on the shoulder. If not I’m comfortable with where my game is at and comfortable with what I’ve done on this tour.”

The century at Canterbury confirmed that Wade is both extremely well grooved into his style and rhythm of batting – taking his time early in getting to 15 from 47 balls – before taking command against the strongest attack the Australians have encountered on tour so far. He also spoke warmly of Head’s innings, noting how the South Australian captain had curtailed his common tendency of flailing the bat outside the off stump.

“Traditionally, over my career, that’s the way I’ve played,” he said. “[I] give myself a pretty good chance to assess the wicket – that slope took a little bit more time than what I thought it would take to get used to – and then, as I went on, my innings certainly flourished a little bit more – runs-wise – but I tend to start like that in first-class cricket anyway.

“I think the ball just did a little bit later than what we’re used to, especially early. They pitched a couple up to me and I went to drive and missed them by a little bit, so it was more just getting used to that and adjusting. I bat on off stump anyway, but some of the lefties that came off found it a lot easier batting towards the off stump and then giving themselves a better line up of where their off stump is.

“[Head] played the ball really late, he didn’t go too hard outside off stump. He’s done a lot of work there, but over his whole innings, he looked like he played the ball really late, let it come down to him and hit a lot of balls on the square, which over Heady’s career he probably hasn’t hit a lot there. He probably goes down the ground and through gully, so it looks like he’s done a heap of work there and it’s paying off for sure.”

Another impressive aspect of Wade’s innings was that his tour had been interrupted by a late call-up to join the Australian squad ahead of their semi-final against England in Birmingham, where he witnessed a heavy defeat and then travelled once more to rejoin the red-ball group in Canterbury.

“I thought it was a reward that I was really happy to get,” Wade said. “I’ve gone away from my young family to come here and try and push for selection for World Cup and Ashes, and I suppose it was a little reward for the sacrifices that I’ve made and runs I’ve put on the board over the last 12 months.”