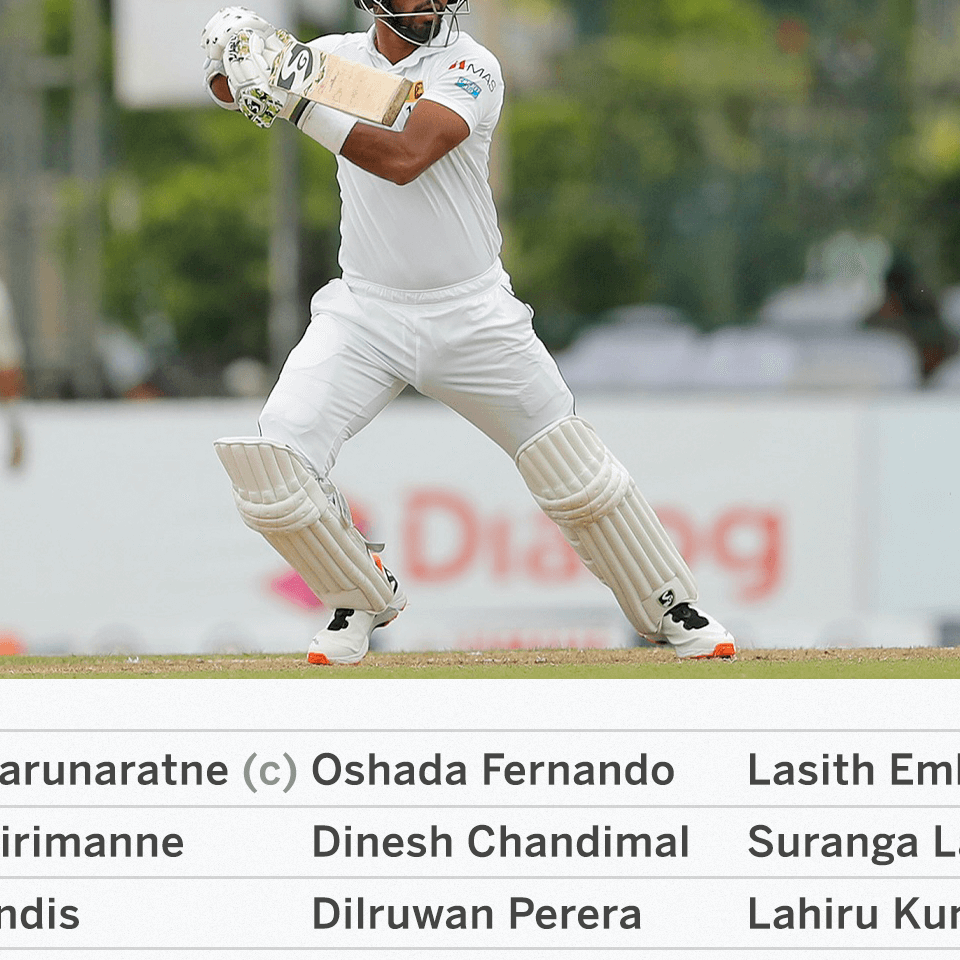 Pakistan will be hosting Test cricket for the first time in more than ten years, that too against a full-strength Sri Lanka line-up, in December 2019.

Dimuth Karunaratne will lead the Sri Lanka side, with experienced batsmen Angelo Mathews and Dinesh Chandimal present in the 16-member squad. The team leaves for Pakistan on December 8 to play two Test matches that will count towards the World Test Championship.

Less than three months ago, Sri Lanka had toured Pakistan for a series of limited-overs matches, but as many as ten high-profile players had opted against travelling.

The Test series was originally scheduled for October at a neutral venue because of security concerns, but the PCB requested Sri Lanka to play the entire bilateral series in Pakistan. The white-ball games were played as a test of sorts for the security measures taken by the hosts, and following the success of that tour, Sri Lanka agreed to play the Tests in Pakistan too.

There was only one change to the Sri Lanka squad that played the second Test against New Zealand at home in August. Kasun Rajitha, the right-arm fast bowler, replaced legspinner Akila Dananjaya, who is currently serving a one-year suspension for an illegal action.

The first Test will start on December 11 in Rawalpindi, followed by the second in Karachi from December 19.

Pakistan has not hosted a Test match since the 2009 Lahore attack that wounded several Sri Lankan cricketers, support staff members and others. Of the current players, fast bowler Suranga Lakmal was part of Sri Lanka’s squad back then as well.