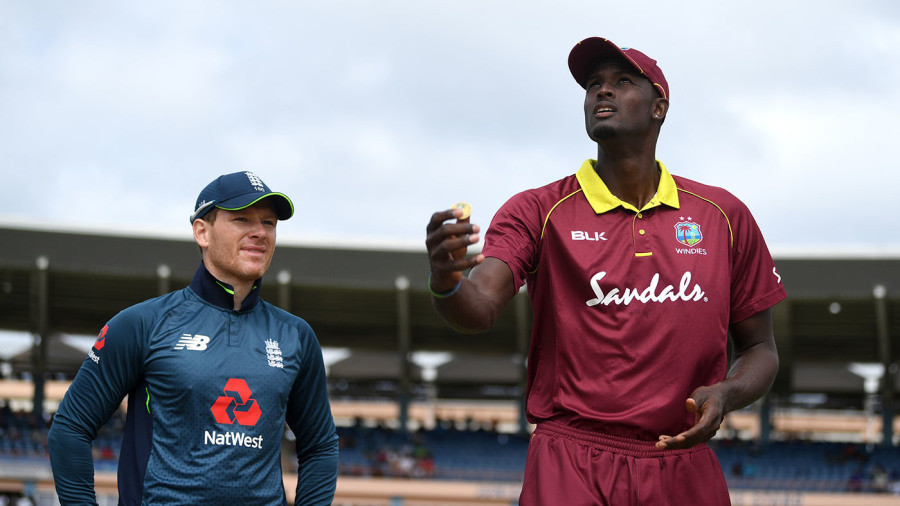 England won the rain-delayed toss and elected to bowl in the third ODI against West Indies in Grenada with the series all square at 1-1.

England will be without Ben Stokes who has injured his ankle. He has been replaced in the side by Alex Hales. England have also recalled Chris Woakes, who was fit but rested for the second ODI in Barbados as part of plans to manage his knee problem, meaning Tom Curran misses out this time.

West Indies selected an unchanged side to the one which defeated England in their last encounter.

The toss was more than an hour late because of persistent showers around the National Cricket Stadium in St George’s and, as soon as it was taken, the covers had to be put back on the pitch as heavy rain began to fall.