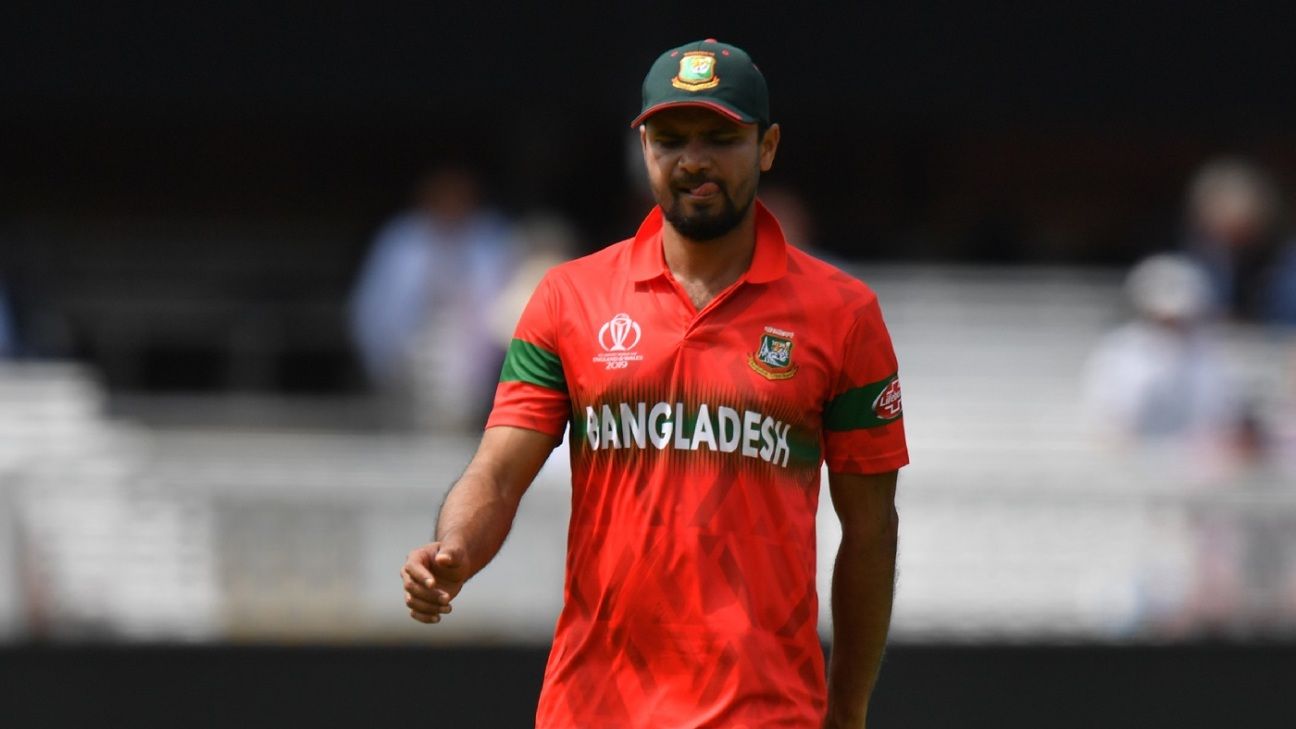 Soon after the end of an all-encompassing World Cup, Bangladesh are back in action. Having ended a three-day training camp in Dhaka today, the team will depart for Colombo tomorrow for a tour of Sri Lanka consisting of one practice match followed by three ODIs.

With so little time having elapsed since Bangladesh’s eighth-place finish at the World Cup, the tour won’t really feel like a fresh start. There aren’t any fresh young faces in the squad, so building up to the next World Cup will have to wait. Still, this will be an important series, their captain Mashrafe Mortaza has said, emphasising the need to beat Sri Lanka to bring some positivity back into the dressing room.

“I don’t think too much has changed between just before the World Cup and just after the World Cup,” Mashrafe said. “If there was a good young player available, who performed exceptionally, we would have most likely taken him to the World Cup. I think we have to prepare at least some cricketers at the highest level, over the next two years. Give them enough opportunity, so that they can serve us well in the next World Cup.

“But this ODI series is important for Bangladesh cricket. Given our circumstances, we need to win this series, so we have to keep this in mind as well.

“There will be a big difference in intensity between a World Cup and a bilateral series. But we have to absorb it like a professional side. Our reality, given how we did at the World Cup, however doesn’t allow us to have less intensity. This is an opportunity for us to take a positive turn, so I am sure everyone has the mindset to make a comeback.”

Mashrafe, however, didn’t ignore the need for long-term planning, pleading for more focus on the pipeline leading up to the senior team. He felt most of the current squad could still be part of the set-up in four years’ time, but added that it would be crucial for Bangladesh to make the next rung of players ready for international cricket.

“Apart from me, the rest of the side is capable of playing in the next World Cup,” he said. “But I think it is more important to focus on the Under-19s, HP (high performance) and A team, if we are to do well in the next four years. We must have players who become stable in international cricket during this time.

“Focusing on just one team of players makes life difficult at the highest level. We don’t have Shakib [Al Hasan] for this tour so we have to look for two options. It is a great opportunity for those replacing him.”

Although Sri Lanka hold an overwhelming 36-7 head-to-head record in matches between the two sides, recent history has been a lot closer, with Bangladesh winning three of the last six completed ODI meetings. There has been on-field friction too, exemplified by the ‘Nagin’ dance that both teams taunted each other with during last year’s Nidahas Trophy. Mashrafe felt the upcoming series would continue the growth of the rivalry between the two teams.

“I think we will start on equal footing,” he said. “They are playing at home where they always do well. They have been playing together for a while too. They are becoming a balanced side. They have some good memories from the World Cup, particularly beating England and pushing a few sides. There’s been a bit of excitement between the two teams since the Nidahas Trophy and that will play a part too.”

Mashrafe however said he was disappointed with his own performance at the World Cup, where he took just one wicket in eight matches. But he said that given his experience of playing at the highest level for two decades, he is equipped to deal with pressure and knows how to turn his form around.

“I have to take responsibility as a player and when I took over the captaincy four or five years ago, I had a similar feeling as well,” he said. “I know it very well, having played for Bangladesh for 18 years, that our people raise questions quite quickly.

“I am personally disappointed with how I did at the World Cup and it will be a shame if I am not hurting. I am in a “nothing to lose” situation. But I also have the mentality to turn around, and coming towards the end of my career, there’s no need to take pressure.”