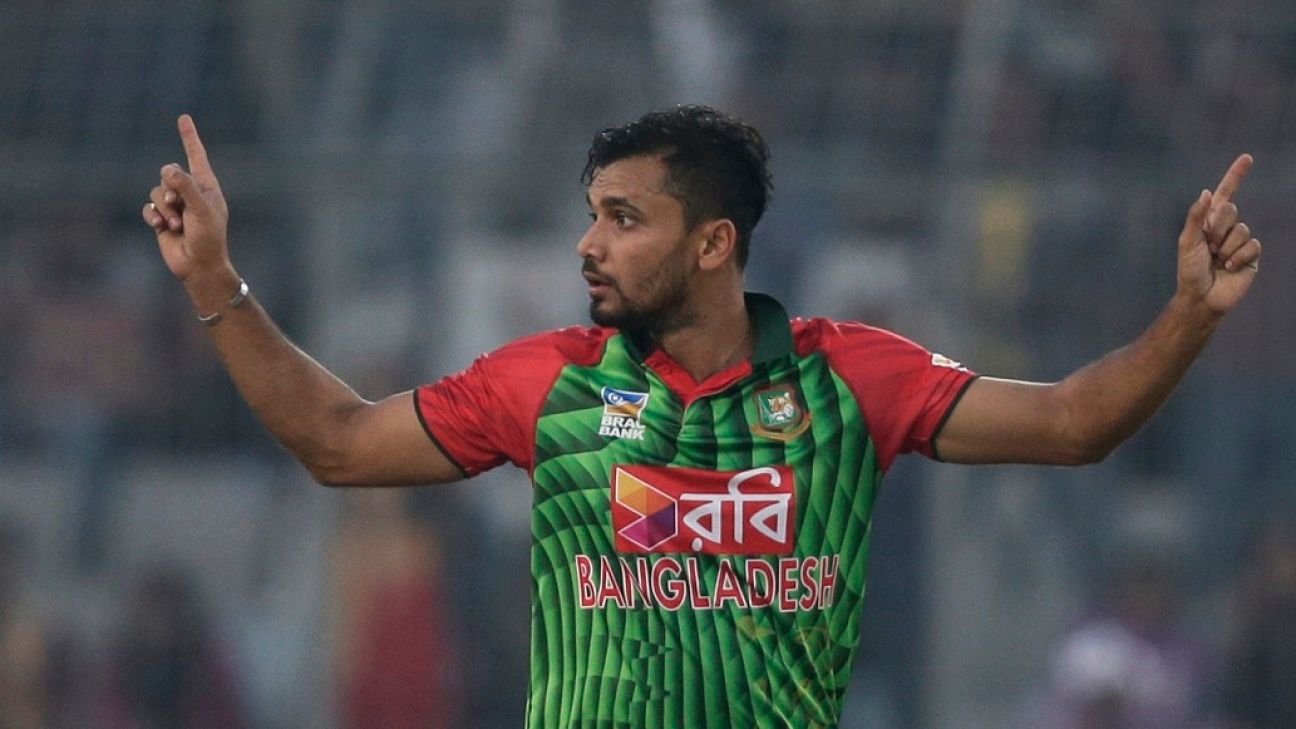 Mashrafe Mortaza will captain Dhaka Platoon during the 2019-20 Bangladesh Premier League (BPL) season. Mashrafe is recovering from a back injury, and had also sustained a groin injury last month. He has begun training with the Platoon team as part of his rehabilitation process.

Mashrafe has captained three BPL teams in the past, and led each of them to the title at least once: Dhaka Gladiators in 2012 and 2013, Comilla Victorians in 2015, and Rangpur Riders in 2017.

Despite all his success as a captain in the BPL, Mashrafe wasn’t a popular choice in last month’s player draft, since he hadn’t played any competitive cricket since the World Cup in July. He missed the subsequent Sri Lanka series with a hamstring injury, and hasn’t played any domestic cricket either.

Platoon eventually signed him as their second A-plus category pick, having earlier acquired Tamim Iqbal with the draft’s first call.

Platoon coach Mohammad Salahuddin is confident Mashrafe will be available from the start of the tournament, which begins on December 11.

“I think he can play the whole tournament,” Salauddin told reporters on Saturday. “I hope that he will perform. Today he bowled for the first time since his injury. There is a problem in his rhythm but I think that if he bowls for a few days then it will be sorted out. The main advantage for us is his experience. We can never deny that. When he will play, he will give 100 per cent effort.

“He has talked to the physio when he started bowling. He didn’t feel any pain when he was bowling. It also looked normal to me. I think Mashrafe is more motivated than me. He has been doing practice individually for last few days to regain fitness. He has reduced his weight. He has been trying to be fit. I think he is more motivated to do well for himself and the team.”

Platoon will take on Rajshahi Royals in their first match of the season in Mirpur on December 12.