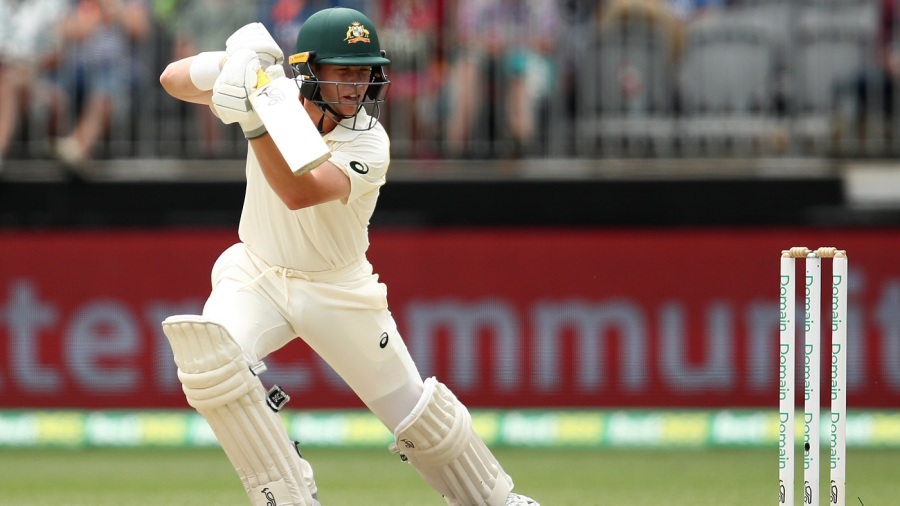 A stunning 174 from Marcus Harris helped Victoria chase down 300 to beat Queensland on the final day of their Sheffield Shield clash at the Junction Oval.

The Bulls set Victoria 300 from 78 overs on a surface that was deteriorating. They slumped 4 for 110 but Harris was magnificent throughout, putting Queensland to the sword to help his side chase down the target despite a slight wobble at the end. He fell with just eight runs to win, pulling Mitchell Swepson straight to Marnus Labuschagne at midwicket. Victoria lost Matt Short and Chris Tremain with three to win before Seb Gotch finally brought up the winning runs with a six, with 4.4 overs to spare.

Harris reached his 100 when the score was 4 for 160 with a six over long on. He struck 23 fours as well in 197 balls as Queensland had no answer to his fabulous strokeplay. He gave only one chance, a difficult stumping opportunity off Swepson on 77.

Harris’ 174 took him to the top of the Sheffield Shield runs list following 95 in the first innings. He now has 770 runs at 85.55 for the season, surpassing Matthew Wade.

“To win a game like that on a wicket like that, that’s probably my best innings,” Harris said. “That’s what you want to do as a cricketer is play match-winning innings.”

Harris got superb support from Short in a partnership of 182. Short was initially struggling with just 10 off 67 balls at one stage. But he finally broke the shackles with a big six of Swepson, and ended up falling for 60 with just three runs to win.

“At tea we spoke about just batting and trying to set up for the last 10 overs and leave ourselves maybe 70 (to win), just with the fact we lost a few wickets and it was hard to score a bit before tea,” Harris said.

“So that was the plan. But then things accelerated after tea. I thought Matty Short played really well so that gave us the opportunity to have a go at it.”

The chase had started disastrously with skipper Travis Dean falling in the first over. He cut a wide short ball straight to point off Michael Neser to leave Victoria 1 for 0.

Will Pucovski was out in the ninth over with the score at 2 for 27. He had already survived a huge LBW shout when Mark Steketee got a sharp inswinger to tail back into his front pad. Pucovski didn’t survive the second shout from a similar delivery, not long after to be out for 11.

Harris and Nic Maddinson cruised to a 50-run partnership and looked on track to put a big dent in the chase before Maddinson miscued a ball to midwicket off Swepson. Cameron White fell in similar fashion to his first innings dismissal, bunting a catch into the leg side off Luke Feldman to leave Victoria 4 for 110. Feldman strangely only bowled five overs for the day while there were 10 overs of part-time spin from Labuschagne and Matt Renshaw as the Harris-Short partnership unfolded which cost 54 runs.

“It was a flat wicket but there was rough on both ends so we wanted to try spin at both ends and hopefully create something, but Marnus missed a couple more times than we would have liked and a couple of big overs let the run-rate get ahead of us and we couldn’t quite get it back.”

Earlier in the day, Victoria spinner Jon Holland bagged five wickets as Queensland pressed for a declaration on the fourth morning. Joe Burns was bowled just 20 runs short of an elusive Shield century trying to slog sweep Holland out of the rough for a second time. Labuschagne was stumped trying to hit Holland over long-on. The left-arm spinner also clean bowled Charlie Hemphrey and Cameron Gannon as the Bulls teed off in pursuit of a target of 300, which they achieved 15.4 overs into the day.

“Ideally we would’ve like to get more than 300 and not lose as many wickets but it didn’t go that way, I think Victoria bowled beautifully this morning under the clouds,” Peirson said.

“But we wanted 300 runs and we wanted roughly 75 to 80 overs to bowl. You need enough time to bowl them out but also dangle a bit of a carrot to chase those runs as well. We were happy with our declaration. That’s the brand of cricket we want to play. The reality is sometimes it takes something special from someone to take it away from you, and Marcus Harris batted beautifully today.”