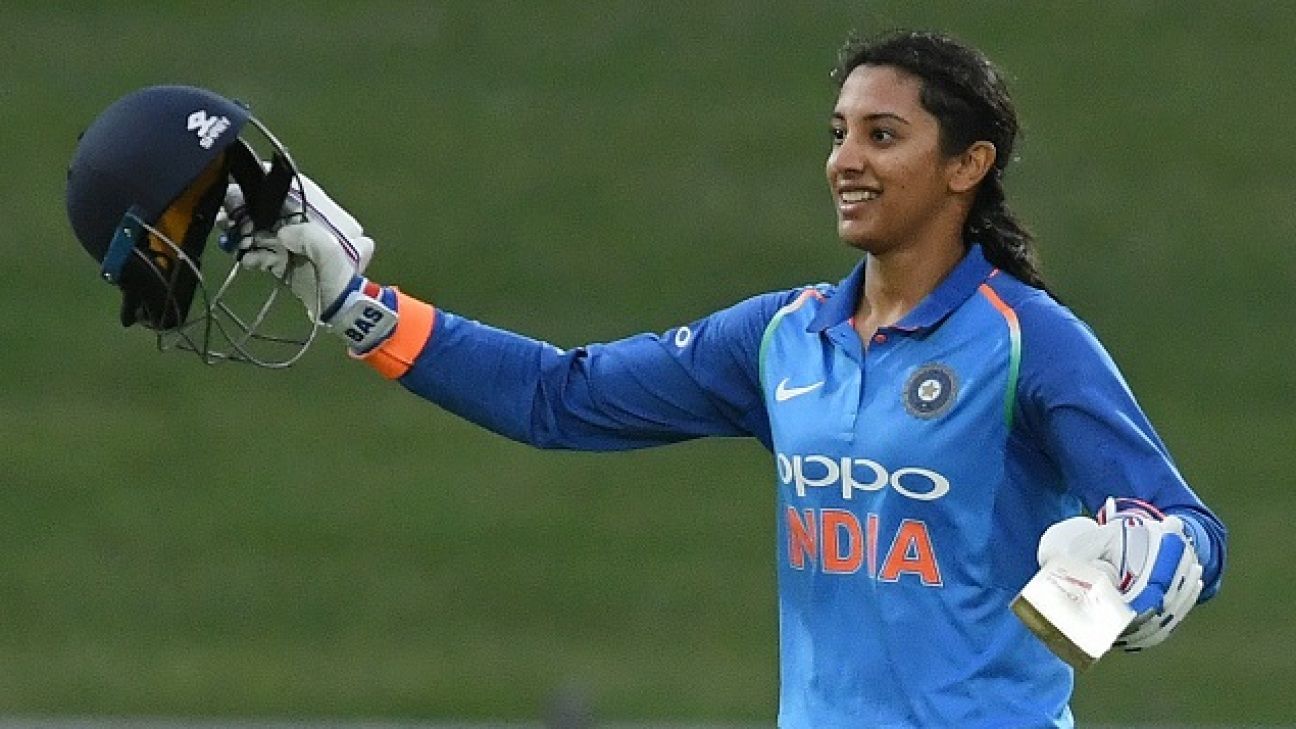 India opener Smriti Mandhana has topped the ICC’s women’s ODI rankings for batsmen after scoring 196 runs in three ODIs against New Zealand women recently. Mandhana moved up three places and displaced Ellyse Perry from the top, who is now second, followed by her team-mate and captain Meg Lanning. New Zealand captain Amy Satterthwaite jumped up 10 spots to be ranked fourth, followed by India ODI captain Mithali Raj, who was earlier on fourth place.

Mandhana struck her fourth ODI century in Napier before scoring an unbeaten 90 in Mount Maunganui when India won the ODI series 2-1 as part of the ICC Women’s Championship. It extended Mandhana’s stellar run in ODIs which has seen her as the highest run-scorer since the beginning of 2018. In 15 innings during these 13 months, she has scored 865 runs with two centuries and eight half-centuries at an average of 72.08 and strike rate of 93.11. She has relied heavily on boundaries in this time, scoring 57% of her total runs with 102 fours and 14 sixes – both also the highest during the above time frame. Mandhana had also been named the ODI Player of the Year when the ICC announced its awards for 2018 recently. In June last year, she was named the best international cricketer among Indian women when the BCCI announced its awards for 2017-18.

Satterthwaite struck four half-centuries in this time, two of those against India recently. Allrounder Suzie Bates, who stepped down from captaincy for Satterthwaite to take over, rose up a spot to sixth place after an unbeaten half-century against India in Hamilton. Jemimah Rodrigues, who has played only seven ODIs, broke into the top 100 by climbing 64 places to reach 61st spot after an unbeaten 81 in the first ODI.

Among the bowlers, Jhulan Goswami went up one place to No. 4 and spinners Poonam Yadav and Deepti Sharma broke into the top 10 to reach eighth and ninth places respectively after jumping five places each. Left-arm spinner Ekta Bisht reached No. 13 after going up nine spots.