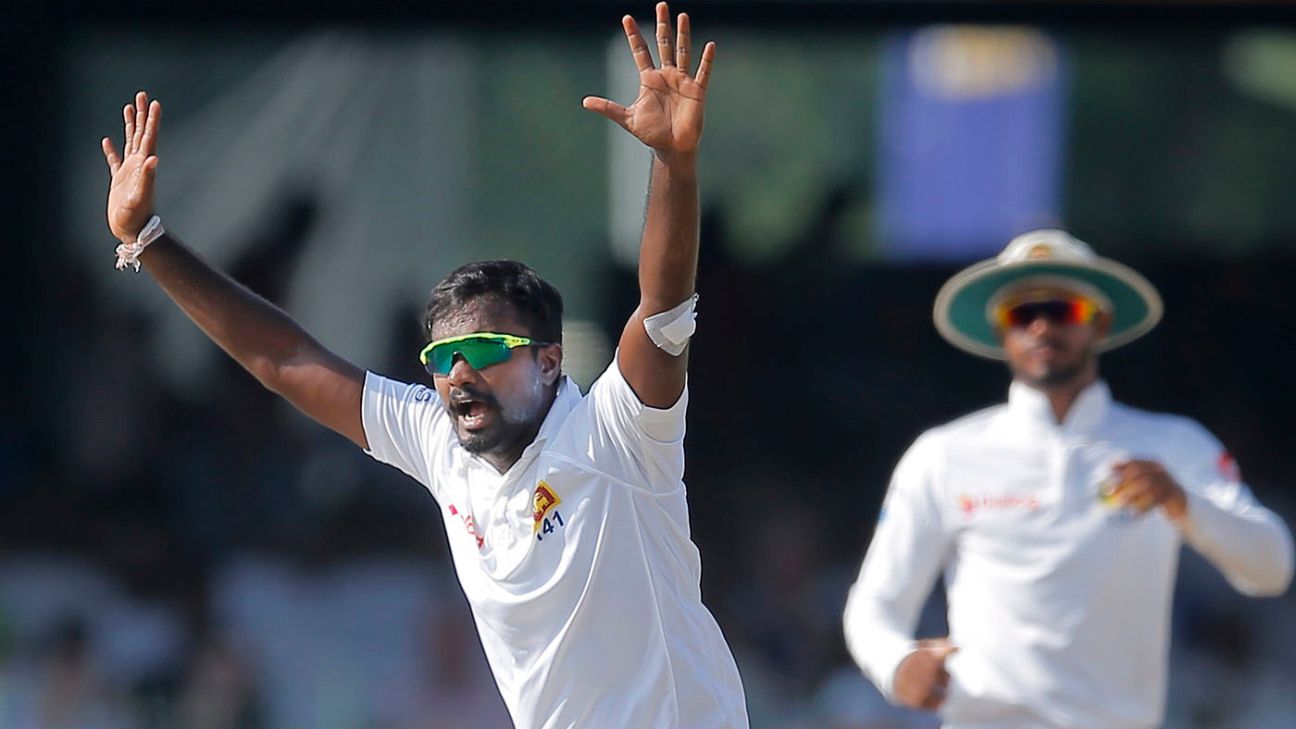 Malinda Pushpakumara, the Sri Lanka left-arm spinner, has achieved the rare feat of taking all ten wickets in a first-class innings. Bowling for Colombo Cricket Club in Moratuwa, Pushpakumara took 10 for 37 to bowl Saracens Sports Club out for 113 in a fourth-innings chase of 349.

Pushpakumara took the new ball for Colombo, and bowled an unchanged 18.4-over spell in a Saracens innings that lasted 36.4 overs. He also picked up a six-for in Saracens’ first innings, and finished with match figures of 16 for 110.

Pushpakumara’s figures of 10 for 37 are the joint 13th-best in first-class history, for matches with full scorecard details, and not including 12-a-side games.

During the course of the match, Pushpakumara also went past 700 first-class wickets. The left-arm spinner, who has played four Tests and two ODIs since his international debut in August 2017, now has 715 first-class wickets from 123 matches, at an average of 19.19.

The last bowler to take all ten wickets in an innings was another Test left-arm spinner with a mighty first-class record, Pakistan’s Zulfiqar Babar. Bowling for Multan in the 2009-10 Quaid-e-Azam Trophy, Zulfiqar took 10 for 143 in Islamabad’s first innings in a match that eventually ended in a draw.

Two bowlers have taken all ten in an innings in Test cricket – the England offspinner Jim Laker took 10 for 56 against Australia at Old Trafford in 1956 and the India legspinner Anil Kumble picked up 10 for 74 against Pakistan at the Feroz Shah Kotla 43 years later.