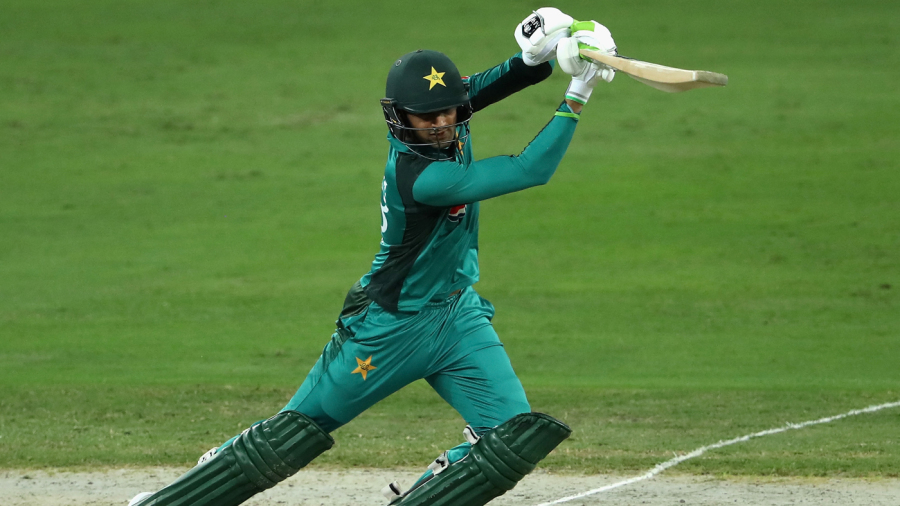 The ODI leg of a series that began all the way back in October is finally set to be staged just two months out from the World Cup, with both Pakistan and Australia looking to gather momentum ahead of that tournament in England. For Pakistan, the tournament begins just five days after the end of the PSL, with five ODIs packed into a ten-day window, and is one of the last remaining chances to assure fans their poor 50-over performance over the past 18 months has begun to turn a corner.

There was a ripple of excitement when Shoaib Malik was handed the armband while Sarfaraz Ahmed served a suspension midway during the ODI series in South Africa. He began with a comprehensive win over the hosts in Johannesburg, inflicting a first ever Pink Day loss upon South Africa. Since then, however, results under his leadership tailed off, with a loss in the decisive ODI and the following T20I series meaning Pakistan surrendered their unbeaten 11-series streak in the shortest format, one that had been built up under Sarfaraz. To drive the point home further, Multan Sultans finished joint-bottom in the PSL under Malik’s leadership, while the Sarfaraz-led Quetta Gladiators romped to the title in Karachi last week.

All of that means Sarfaraz’s absence for this five-match series – he is being rested – places particular scrutiny on Malik’s leadership skills. He will also have to cope without two young players who have become stalwart over the past two years in Shadab Khan and Babar Azam, while uncapped batsmen Abid Ali and Saad Ali are new additions to the side, as is Quetta pace sensation Mohammad Hasnain.

Australia, by contrast, are coming off a surprising 3-2 series win against India, coming from behind to win the last three games. That result came completely against the run of play, popular opinion, and a general trend since January 2017 that had seen the World Cup champions in a shocking rut in the format. After the second game, Australia had won 4 of 28 ODIs since they last played against Pakistan in January 2017, and nearly doubled that in a week against arguably the World Cup favourites away from home.

If no one quite knew where that spurt came from, don’t let anyone tell you they have a clue as to whether it was anything more than that. If Australia, who bring much the same squad to the UAE to face Pakistan, continue to play the sort of cricket that trumped India, a less than full strength Pakistan will have their hands full in Sharjah. Pakistan may have triumphed in both the Test and T20I legs of this series, but the 50-over format isn’t nearly as predictable at the moment.

You would have got long odds on Umar Akmal ever playing for Pakistan while Mickey Arthur was coach just a few weeks ago. Following Umar being sent home from the Champions Trophy in 2017 and dropped from the centrally contracted list, there was a high profile bust-up between the coach and the player in September 2017. Since then, Umar hasn’t so much been in contention for any Pakistan squad, and the decision to recall him for the five-match series against Australia took many by surprise. His last international for Pakistan came against Australia in January 2017, and here, against the same opposition, is his chance at a frankly astonishing redemption. Is he finally, belatedly, ready to become the player he promised to be all those years ago? Don’t hold your breath, but do tune in.

Usman Khawaja had never scored an ODI hundred a fortnight ago. That was before the series was on the line against India, and since that third ODI, he has registered scores of 104, 91 and 100, nearly increasing his career ODI run tally by 50% over those three games. It is by no means a run that’s come from nowhere, with Khawaja looking a more focused, relaxed player ever since he revamped his whole fitness routine last summer, dropped around seven kilos and added a burst of speed that his game often lacked. Since then, he scored a hundred against Sri Lanka in Canberra last month, and most impressively, a Test-match saving hundred against Pakistan in Dubai in October, the second longest fourth innings effort in Test history. As he faces his country of birth once more, Khawaja is at present the leader of the Australian batting line-up, and has looked the part for the past few months.

Pakistan are obviously taking the opportunity to experiment ahead of the World Cup. Abid Ali, Mohammad Hasnain and Saad Ali could all be in line for debuts at some point, but when that happens over the course of this series remains to be seen.

Cricket.com.au reported an illness had swept through the Australian camp that has at least claimed Glenn Maxwell as a casualty for the first ODI. But on a dry Sharjah pitch, they could be expected to field more than one spinner.

Sharjah hasn’t hosted an ODI for over a year, but the pitch looks notably dry, which will bring quality spinners into the game. Conditions are expected to be humid and sunny, with no rain expected.