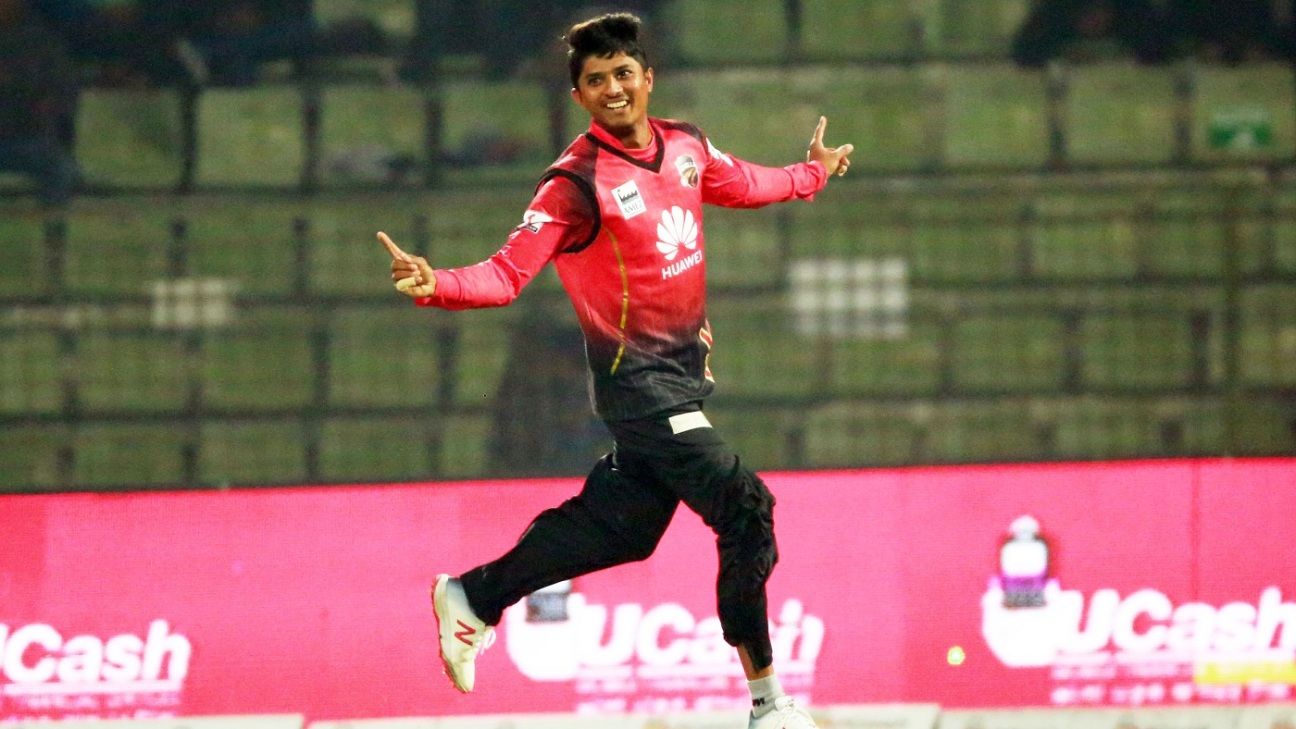 Mahedi Hasan put on a superb all-round show in Khulna Division’s nail-biting one-wicket win over Rangpur Division at the Shere Bangla National Stadium. No 11 Abdul Halim hit the winning runs after he and Moinul Islam kept their cool in a last-wicket stand that lasted 7.5 overs. But it was Mahedi who kept Khulna in the game with his fifth first-class century followed by a fifty and five wickets as well.

There was, however, no drama in Tier-2 as Dhaka Metropolis and Sylhet Division completed crushing victories on the third day.

After Khulna slipped to 80 for 8 in reply to Rangpur’s 224 in the first innings, Mahedi and No 10 Rubel Hossain put together 133 runs for the ninth wicket. Mahedi struck 15 fours and a six in his 150-ball 119, while Rubel remained unbeaten on 36. The partnership gave them a lead of nine runs, after which Rangpur set Khulna a target of 203. Mahedi, this time promoted to No 6, came to their rescue again with 56 off 89 balls, which paved the way for their win.

Shadman Islam‘s 178 put Dhaka Metro on course for victory against Chittagong. He struck 23 fours and two sixes in his 276-ball knock that spanned nearly seven hours.

Dhaka Division, meanwhile, had three centurions in their first innings against Rajshahi Division, with Taibur Rahman (102), Shuvagata Hom (104) and Nadif Chowdhury (101*) helping them declare on 475 for 7. Taibur and Shuvagata added 190 runs for the fifth wicket.

Abdur Razzak also had a memorable game for Khulna against Rangpur as he became the first Bangladeshi bowler to take 600 first-class wickets, on the way to a 12-wicket haul in the match. He took 7 for 69 in the first innings, with his sixth wicket being the 600th, before taking 5 for 71 in the second innings.

Two quicks also took five-fors in this round. Robiul Haque took 5 for 41 against Khulna, while Ebadat Hossain took 5 for 36 against Barisal.

Khulna became the first NCL team in 15 years to win a first-class match by one wicket. In a low-scoring encounter, they first bowled out Rangpur for 224 runs before taking a slender lead. They again bowled out Rangpur for 211 runs, before slipping into trouble in the middle order. Mahedi rescued them both times, before the last pair of Hamid and Moinul got them to the target.

Khulna took a bigger lead in Tier-1 with 26.46 points while Dhaka climbed to second place following their big win over Rajshahi. Sylhet, with 22.54 points, now top the Tier-2 table after their emphatic win over Barisal.

Shadman and Ebadat warmed up well for the India Tests but the selectors must have taken notice of Mahedi’s all-round performance under pressure, that too in Mirpur.