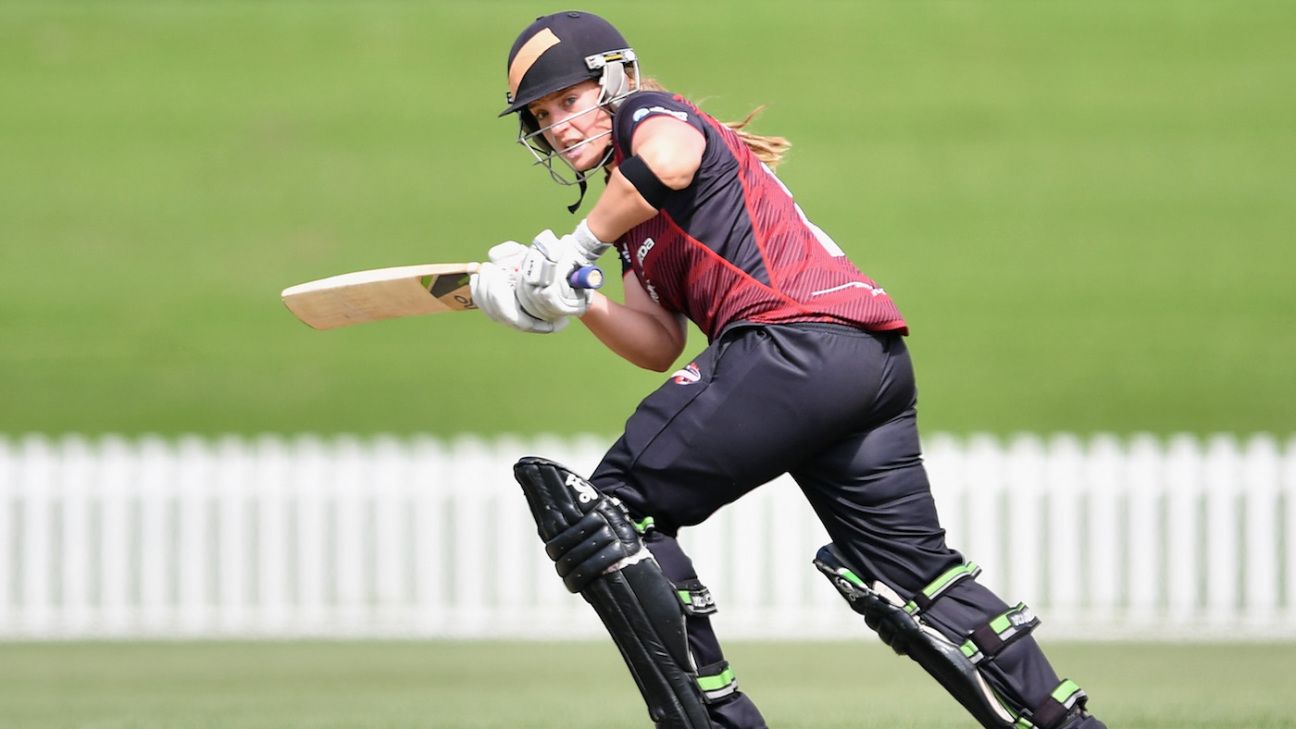 Frances Mackay returns to the New Zealand women’s T20I squad five years after she last featured in an international. The selectors have also included uncapped Caitlin Gurrey and Rosemary Mair in their 13-member squad for the three-match series against India starting February 6.

Mackay and Gurrey were selected following their chart-topping show at the 2018-19 Super Smash. Allrounder Mackay struck two centuries and a 97 for Canterbury women recently, while Gurrey has impressed with scores of 102, 79 and 55 since December. Mair, the Central Districts’ 20-year-old medium pacer, has taken a wicket in each of her last ten games, with a best of 3 for 28 in the warm-up game against India.

For head coach Haidie Tiffen, this is an opportunity for the team to regroup after a disappointing group-stage exit from the 2018 Women’s World T20. It has meant that Maddy Green, Lauren Down, Katie Perkins, Holly Huddleston and Anna Peterson miss out.

“We’ve had to draw a line in the sand after our performance at the T20 World Cup,” Tiffen said. “We need to reward and give opportunities to players in form, while building depth and competition for places within the environment. Frankie, Katie and Rosemary can all be proud of how they have performed in their respective Super Smash campaigns. We are rewarding players who are in form and we feel these three deserve a chance at the highest level.”

The squad also features the return of Katey Martin, who was unavailable for the ODIs against India due to personal reasons.