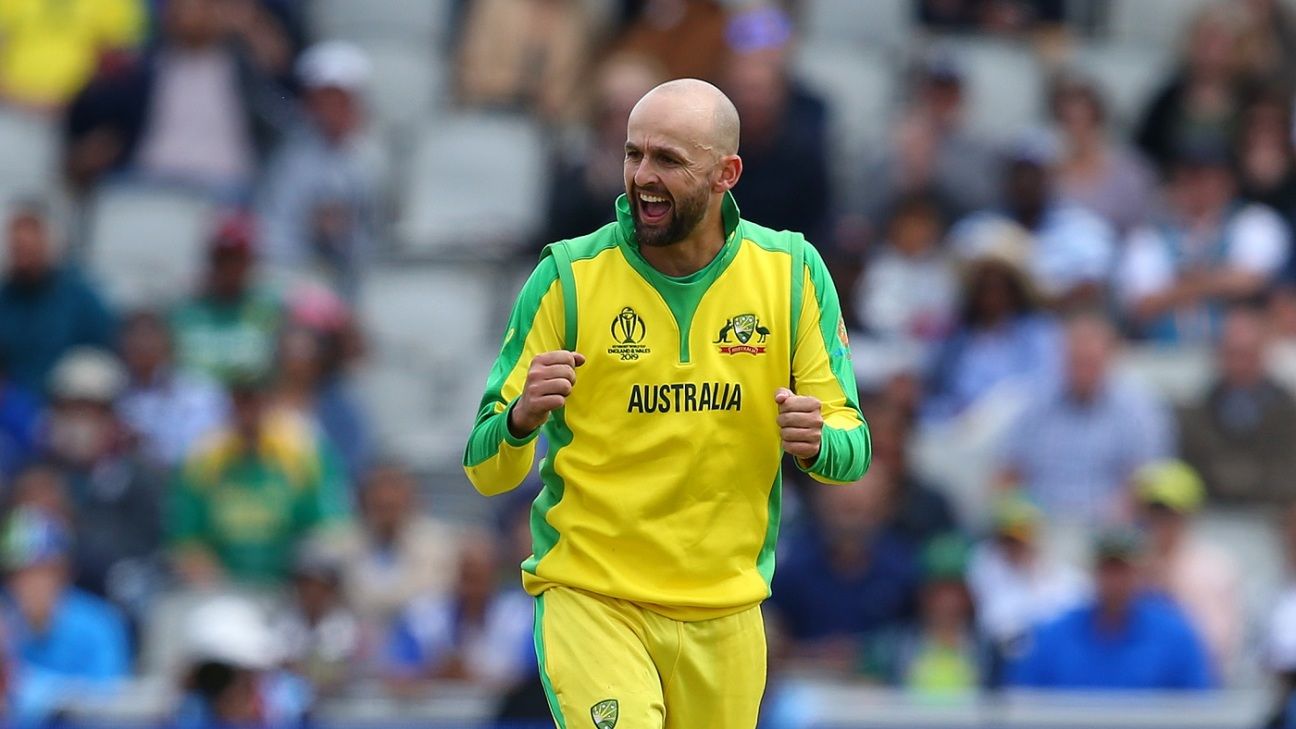 The mind games have begun in earnest. Moments after it was determined Australia were going to face England in the semi-final of the World Cup, Nathan Lyon sought to put all the pressure of expectation on England while saying Australia will have fun and play with smiles on their faces. Lyon said the World Cup was England’s to lose while Australia had nothing to lose in the semi-final.

Australia didn’t have a great day with the ball in their last group match, against South Africa, a game they needed to win to top the table and avoid England in the semi-final. Had they won this match at Old Trafford, they would have stayed back in Manchester to take on New Zealand on Tuesday, the only team to not have won a single match against the other semi-finalists. Now they will go to Birmingham for Thursday’s second semi-final. Lyon, Aaron Finch and Mitchell Starc said it didn’t make a difference to them whom they were facing in the semi-final.

WATCH on Hotstar (India only): David Warner’s third hundred of the World Cup

“I feel like there is a special thing just around the corner for us Australian cricketers, and the whole Australian public to be honest. Our momentum got halted a little bit today, but we will train our backsides off and we will prepare well and we will bring elite professionalism and make sure come Thursday we are firing.”

Lyon said the semi-final will be a test of character for them, calling his side the underdogs despite their win over England in the league stage. “Yes it is going to be a test of character,” he said. “We are playing against world’s No. 1 team. They are favourites to win the World Cup. So it’s going to be a massive challenge. Playing against England in England in a semi-final, doesn’t get much better.

“Every time you play against England, you want to compete hard against them and try and come out on the top. Obviously their side is full of absolute superstars, and we are definitely going in as underdogs. They are favourites, the No. 1 ranked team in the world. We are five, I think. We can still take a lot out of this tournament so far. We didn’t obviously play our best cricket today but we can take a lot of learning from it. Looking forward, it is exciting and no doubt everyone will be up for it.”

Finch said they could draw from their experience of having beaten England earlier in the competition. “You have to beat everyone regardless of who it is or where it is,” he said when asked if he would have preferred to face New Zealand. “Playing well against England at Lord’s a couple of weeks ago will give us some good confidence going into that game.”

Starc felt their last game against England where they managed to take early wickets was a blueprint to beat them even though he was mindful of the return of Jason Roy. From England’s point of view, this result shouldn’t make much of a difference because they knew anyway that they were going to have to beat both Australia and India should the Old Trafford semi-final go the way of the side that finished on the top of the table.

Nor does it make much of a difference to Faf du Plessis, who picked India and Australia to make it to the final despite this loss, which he feels would have left Australia disappointed.