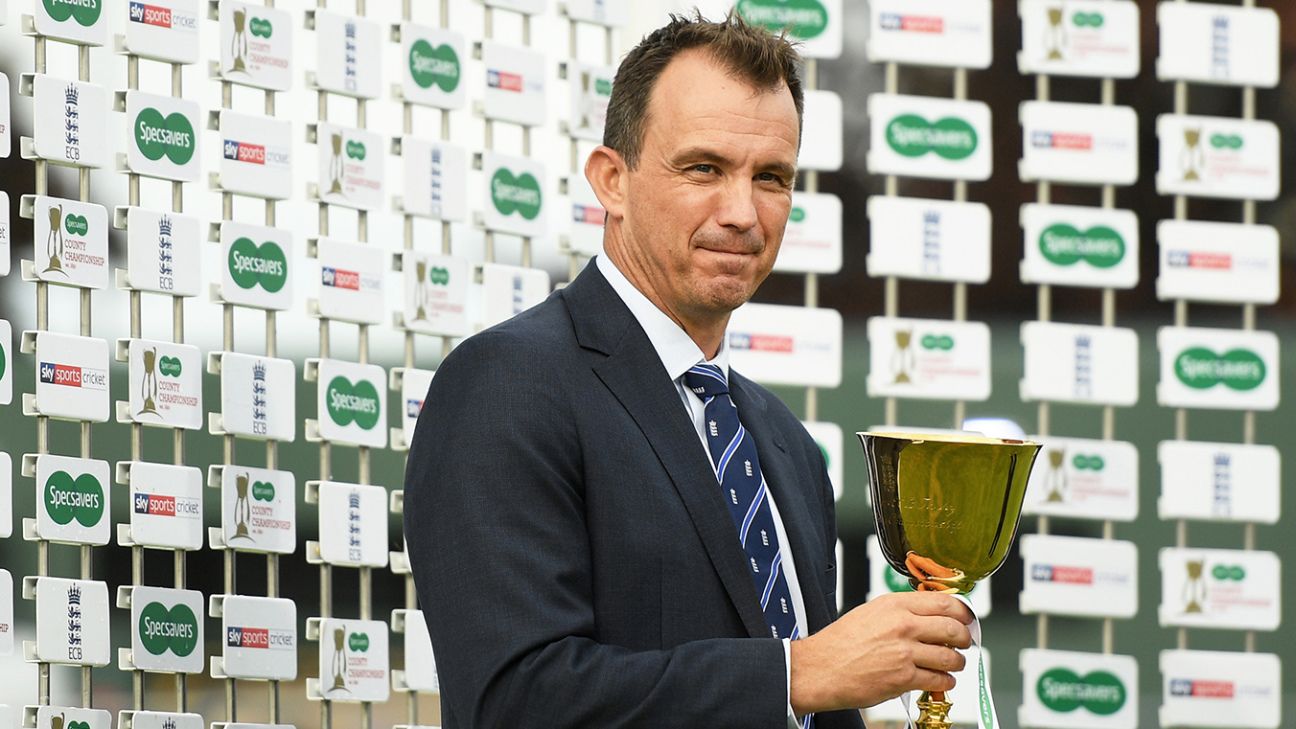 Tom Harrison, the ECB’s chief executive, has estimated that an entire season without cricket will cost the game in England and Wales “well in excess of £300 million”.

In a letter to PCA chief executive Tony Irish, seen by ESPNcricinfo, Harrison admitted that the ECB is “having to reset our future plans across the whole game in order to ensure its long-term survival” in the midst of the COVID-19 pandemic, which threatens to wipe out much of the English summer.

The ECB unveiled an initial £61m support package on Tuesday night, aimed at ensuring both professional and recreational cricket can withstand the impact of the ongoing crisis. But with its reserves worth £11m in 2018-19 – down from £73m in 2015-16 – the potential cost of a season without cricket is a major concern.

As things stand, the season’s start has been pushed back to May 28 at the earliest, though that is little more than a holding date. The ECB is currently modelling what the season might look like with possible start dates in June, July and August, as well as planning for games to be played behind closed doors.

In his letter, dated March 29, Harrison described the ongoing pandemic as “the biggest challenge the sport has faced in the modern era” and admitted that “although the full extent and impact of the pandemic on cricket is as yet unknown, it is already clear that it will be extremely significant”.

“At the start of 2020, cricket in England and Wales was in a very strong financial position,” Harrison wrote. “Our recent renewals of media rights contracts and commercial partnerships all but guarantee our revenues and provide a high level of relative security for the next five years. With this relative security, we have been able to build a strategy for growth, based on strong investment in our core, to grow cricket and thus secure our long-term future.

“This strategy has seen hugely increased investment and commitment to our players across our international and domestic game, with substantial improvements both to the pay and the conditions under which professional cricketers are employed across first-class county clubs (including raised salary collar and caps).

“We have also been clear that investment into grassroots cricket is critical to creating a sustainable sport, hence our commitment to recreational programmes, to reinvigorating cricket in schools, to the women’s and girls’ game and creating the next generation of volunteers.

“The investment, however, is fundamentally based on the proviso that cricket is played and thus the value proposition delivered to our broadcast and commercial partners. Whilst a range of scenarios is contemplated to account for lost matches or series across the term, a situation like the one we are facing is beyond the scope of any risk assessment and therefore has extremely serious consequences for the game’s revenues. With this public health crisis, and its likely impact on this coming season, we are thus forced to review every investment and every line of cost.”

Harrison went on to state that “everyone is feeling the pain”, listing broadcaster and commercial partners, county stakeholders, and “ordinary and loyal cricket fans” among the groups affected.

“As I have said, we can only estimate the total financial impact on the game, which will not be clear for some time, but by way of offering an indication of the potential scale of the loss to the game, losing an entire cricket season – which is not an outlandish scenario – will cost cricket in England and Wales well in excess of £300m,” Harrison wrote.

“Our absolute priority in the face of this challenge is firstly, to ensure the public safety of our people – our staff, players and colleagues around the game, but secondly, that the cricket network remains intact, and emerges from this crisis in a state to resume our trajectory towards a bright future.”

Harrison himself has taken a 25% salary cut for at least the next three months – he was paid £719,175 in 2019 – while ESPNcricinfo understands that other executives have volunteered a 20% cut. Some ECB staff were informed on Wednesday morning of a decision to furlough them.

On Tuesday, Harrison dismissed criticism of the ECB’s forward planning. “You can normally make business models and forecasts where you might get a 15-20% fall in revenue,” he said. “[But] there are very few businesses that would put a complete drop in revenues to zero on a risk register.

“I don’t think there is a big enough reserves pot to anticipate this sort of challenge. And it is important to base any judgement on our reserves policy against the money that has gone into the network: we have a thriving network, a high-performing sport and well-paid players.”

Eoin Morgan, England’s white-ball captain, said that “the serious nature of the situation economically and financially for the game is something that we have never come across”.

“Certainly I’ve never experienced anything like it and don’t think anyone else has,” Morgan said. “Times are still uncertain at the moment, there’s information coming out daily, weekly, and the most important information is probably yet to come given the last week or 10 days we have had in isolation.

“People are waiting to see what sort of impact that has had on the virus and if it has slowed things down or stopped the increase in infection. Realistically we can’t think about playing, when our first game will be, or how many we will play until the situation is downgraded from a pandemic.”