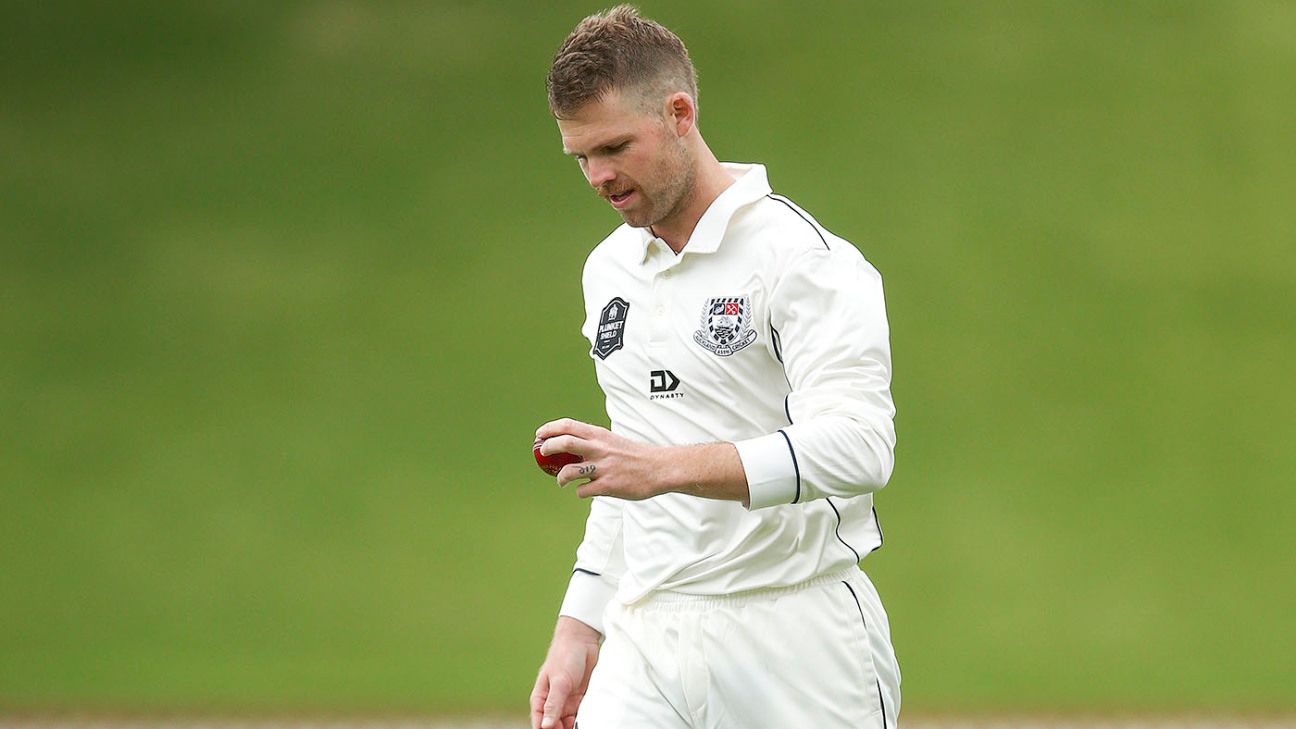 Lockie Ferguson is set to make his Test debut over the coming weeks, having been named in a 15-man New Zealand squad to play England and Australia.

Ferguson, who finished as second leading wicket-taker at the 50-over World Cup this summer, has played 44 white-ball internationals, but a Test call-up has escaped him despite an impressive first-class record on account of New Zealand’s strong seam attack.

Kane Williamson returns from the hip injury that kept him out of the recent T20I series against England to captain the side. There are two changes from the squad that drew 1-1 in Sri Lanka, with Ferguson and legspinner Todd Astle replacing fingerspinners Will Somerville and Ajaz Patel.

“There’s no doubt Lockie has been knocking on the door for a while now and we’re delighted to finally bring him into the Test fold,” said selector Gavin Larsen.

“It’s well documented he has raw pace, but he also possesses a quality bowling skill set and has proved his durability. He showed good form against England in the recent T20 series and backed that up with a solid outing for the Auckland Aces in the Plunket Shield, where he claimed 4 for 23 against the Wellington Firebirds.

“Our pace bowling stocks are strong at the moment and we feel Lockie will add another dimension to the picture, and will create some great competition.

There is also a place for Matt Henry, alongside established seam trio Trent Boult, Tim Southee and Neil Wagner, and head coach Gary Stead has suggested that his side will learn from Australia’s rotation policy during the recent Ashes series as a blueprint for selection.

“It would be silly for us not to look at that,” he told stuff.co.nz. “They did rotate their bowlers and it was horses for courses a bit. Like us, they have quite a bit of difference in their attack and definitely we have to consider that.”

There had been fears that Williamson’s injury would keep him out for a prolonged period, and he has played only four games since the World Cup final on July 14. But he is set to lead the side in both series, starting with the inaugural Test at Mount Maunganui on November 21.

“Kane’s made good progress over the past fortnight,” said Larsen, and we’re delighted to welcome back a player of his class and experience.”