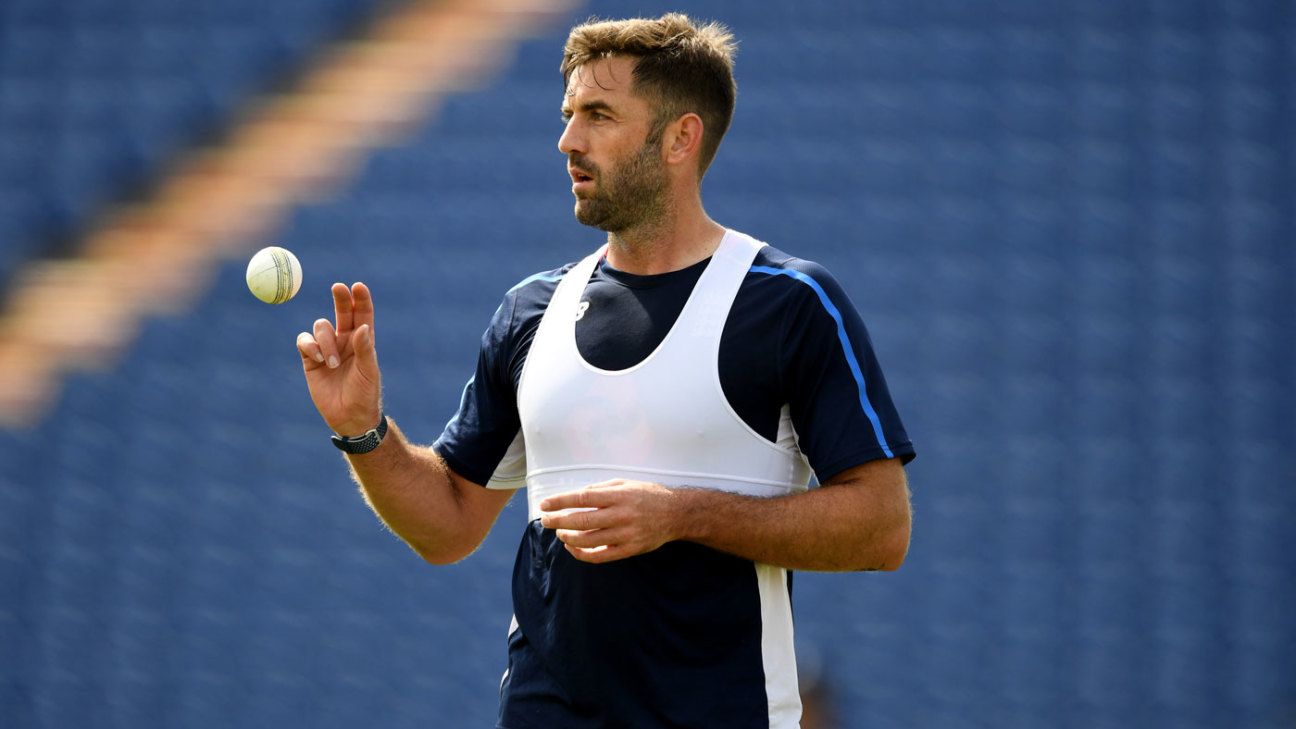 Liam Plunkett says he has been studying the methods of Cristiano Ronaldo and LeBron James, two world-beating athletes who have extended their peak years into their mid-30s, in a bid to stave off the advance of time and ensure that his dream of playing in a home World Cup isn’t kiboshed at the 11th hour.

Despite being England’s outstanding white-ball seamer in the four years since his ODI recall in 2015, Plunkett recognises that his form was not where it needed to be during a difficult winter campaign – one that included him missing the Sri Lanka ODIs in October after a late itinerary change caused a clash with his own pre-planned wedding.

He came back into England’s starting XI for the ODI tour of the Caribbean in February, but in a series dominated by some eye-popping batting feats – not least from West Indies’ Chris Gayle – Plunkett finished the series with a solitary wicket at 133.00 in three innings.

Admittedly, those figures did mask a vital defensive role in the remarkable third match in Grenada, where West Indies briefly threatened to hunt down a massive 419 for victory, but they nevertheless highlighted a worrying downward trend in Plunkett’s career trajectory.

Since the 2015 World Cup, only three quick bowlers in world cricket have taken more ODI wickets than Plunkett’s 77 in 49 matches, and his strike rate of 29.4 has been especially impressive given that the bulk of his work is done in the middle overs, when the new balls have lost their shine and when teams have traditionally looked to consolidate ahead of a final surge.

And yet, Plunkett’s recent returns have slipped from those heights – just 20 wickets in his last 15 completed matches, a period in which his pace has visibly dropped off as well, from an average speed of 84mph in 2017 (including slower balls) to 81mph 12 months later.

And with Jofra Archer waiting in the wings since completing his England qualification – a fresher, younger paceman whose limited experience in 50-over cricket is offset by his limitless potential – Plunkett admits he is looking to the examples of two of the great athletes of modern times to rediscover his very best game.

“You don’t want to go away from what works but you need to improve on that,” Plunkett said. “You’ve got your variations and that but my variations only work when I’m bowling late-80s [mph].

“Do you need to get lighter as you get older to get that snap? That’s what I’ve tried to do over the last two months, to train different. I always feel like I’m in good shape but do you get lighter?

“Reading articles about the best sportsmen, [the likes of] Ronaldo and LeBron James, they get lighter and they get more powerful. That’s something I’m working on, because I still want to run up and bowl 90mph.

“I’m pretty much teetotal for the summer, because this is probably my last chance to play in the World Cup, and I’m looking at my rest and recovery, because sometimes you overtrain and when it comes to the game, you don’t always bowl as quick as you want, because you’ve burnt yourself out a little bit.”

If Plunkett is anxious about his status within the England team, he is masking it well.

“I feel like I should be in that 15,” he said. “I feel like I’ve played well and been one of England’s best seamers in the last two or three years.

“Since I got married in October, I’ve been in and out. I played a couple of games in the West Indies, then got a foot injury, but I felt like I’d just started to hit my straps in the T20s towards the end.

“I’m hoping they’ll back me, because I feel like I’ve done a good job. I feel as fit as I’ve ever been, and I feel like my pace was coming back towards the end of that trip, so that’s why I’ve continued to bowl the last couple of weeks with Surrey.

“As you get more rhythm, you strive for pace and that comes with bowling overs for me. I feel that’s something I’ve lacked, that feeling of being sore and stiff – the stiffness that comes as a reward from playing some good cricket. I’ve not had that for a while.”

On the subject of Archer, he is phlegmatic. “He’s obviously a massive talent, but he’s not played that much one-day cricket himself. Reading the press, he might get a game against Pakistan [in May], but whatever happens, happens. The other bowlers can’t do anything about it. You just go back and try to perform for your county.”

And that could be quite enough of a challenge in the immediate future for Plunkett, whose recent move from Yorkshire to Surrey came about in part due to his frustration at being overlooked in red-ball cricket, a form of the game from which he still says he gets the most satisfaction in victory.

“I approached this like I’m an academy player,” Plunkett said. “That’s what I did when I went to Yorkshire. How do I learn? You know that people are trying to get in my place so I have to fight and play in every format. Like the England team, if you’re not performing [for Surrey], you’re not going to get picked. So you’ve got to perform every time.

“It’s the biggest county in the league now, they obviously won the Championship last year. In terms of the set-up, it is hard to compare [with Yorkshire] but I just feel like this set-up is a lot more professional and the closest you’re going to get to playing international cricket.

“I enjoyed my time at Yorkshire but when you come down here, you realise that the whole set-up is amazing. This club is massive now, and you’ve got to earn your place. You can’t expect to play just because you’ve played for England or done well in different places.”