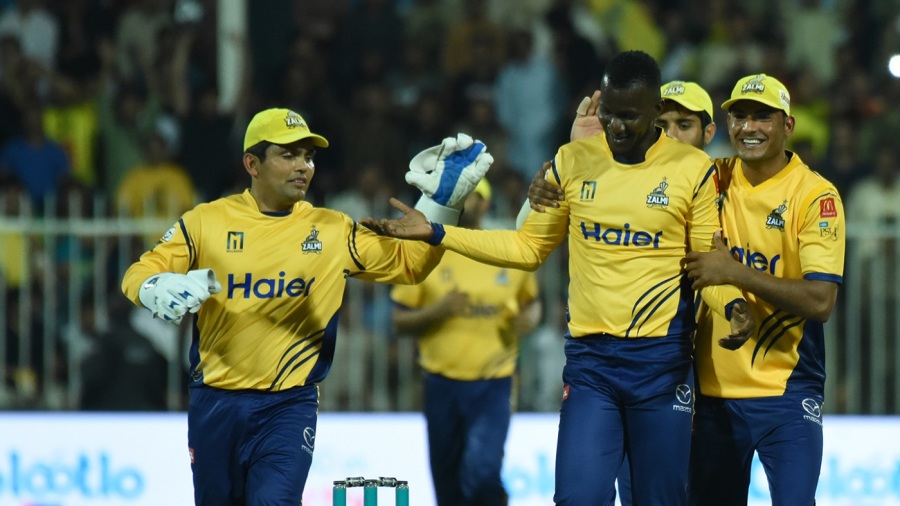 With four needed of the final delivery, Dawson’s boundary allowed him to complete a 35-ball half-century after Daren Sammy, who played an equally key role, was run out off the penultimate delivery, trying to steal a bye.

Dawson and Sammy rescued Zalmi with an 89-run sixth-wicket stand after they were struggling at 84 for 5 in the 12th over of the chase. The pair dragged it down to 14 off the final over and took four off the first three balls, including Dawson’s survival of a missed run out chance taking a bye off the third ball. Then, Sammy swatted a full toss for six to drag the equation down to four off two balls before sealing victory.

This meant Cameron Delport’s first innings 71 was in vain for United. PSL’s leading wicket-taker Hasan Ali was once again a major factor, having Delport caught by Dawson on the extra cover boundary in the 17th over of the United innings. It sparked a sharp slide in which United last their last seven wickets for 29 runs across the last 23 balls.

United experienced a major stumble at the end of the first innings. Even after Delport’s dismissal, they were in reasonable shape for a late burst. But from 171 for 5 with seven balls to go, United lost all five of their remaining wickets for just five runs. Three of those were run outs on on attempts to steal byes as Hasan Ali and Wahab Riaz once again showed their outstanding yorker skills at the death.

Zalmi were under pressure in the chase at 86 for 5 after 12 overs before Faheem Ashraf conceded 27 off the 13th over with Dawson on strike. A pivotal no ball was called for a full toss over waist height during the sequence that Dawson flicked over fine leg for six before hoicking the free hit for six more over midwicket. Suddenly the required run rate was down to 9.14.

Ashraf committed another colossal blunder in the 19th. With 21 off 10 balls needed, he sent down a thigh high full toss that Sammy miscued to Shadab Khan at mid-off, but replays revealed Ashraf overstepped to give Sammy a reprieve. On 30 off 23 balls at the time, Sammy struck a six with three balls left, setting up the thrilling finish by Dawson.

It looked like Sammy was going to be the hero with a typically powerful flourish at the finish but Dawson trumped his captain, and United, by seeing Zalmi over the line with his fourth career T20 fifty in 147 matches.

Aside from the no ball by Ashraf, Sammy was spilled on the extra cover boundary on 18 by sub fielder Amad Butt on the last ball of the 17th bowled by Ashraf. United also had a golden chance to runout Dawson on the third ball of the final over for 48, but Sami’s shy from point blank range at the non-striker’s stumps missed.

Zalmi succeeded in breaking the three-way deadlock on eight points and now sit alone in first with 10 points, two more than United and Quetta Gladiators.