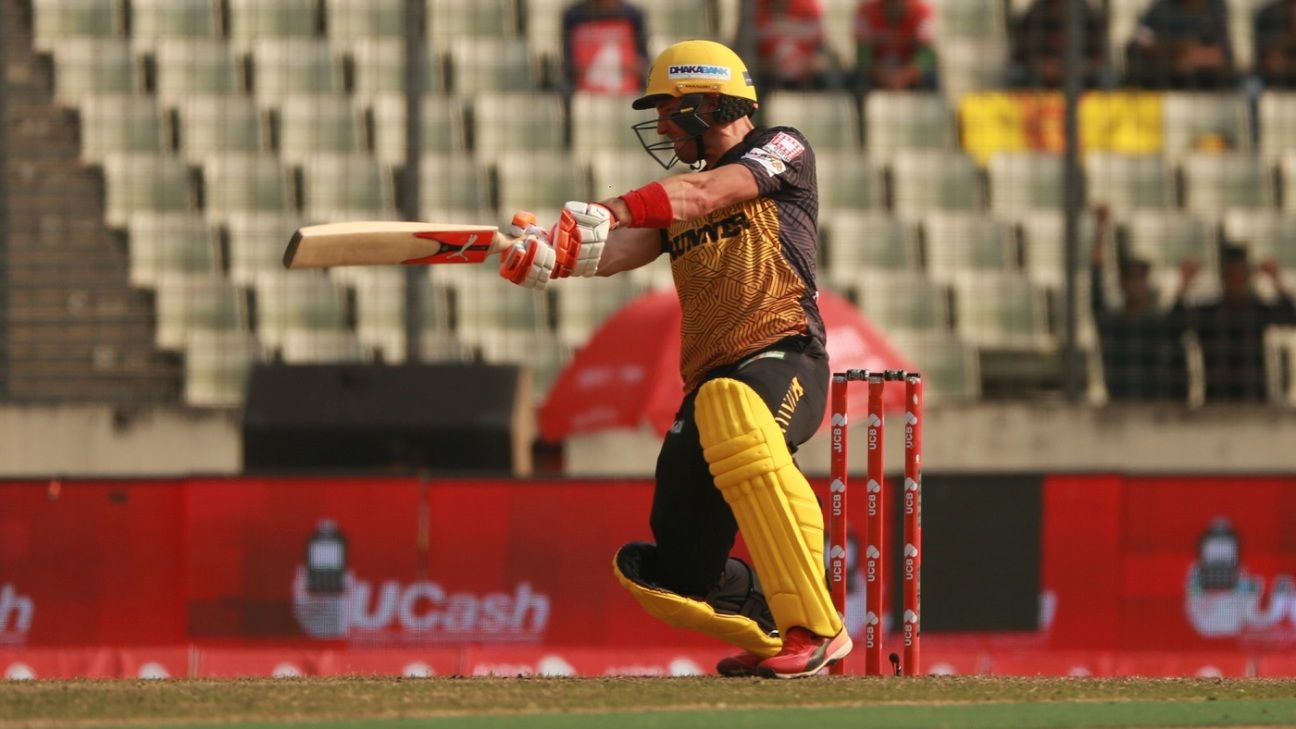 Laurie Evans and Kamrul Islam Rabbi played the key roles in a convincing 38-run win for Rajshahi Kings over Comilla Victorians. After Rajshahi were asked to bat, Evans struck the first century of this Bangladesh Premier League (BPL) season, and Rabbi then picked up 4 for 10 – including three in the 18th over of the chase – to completely derail the Comilla chase of 177.

Rabbi removed Tamim Iqbal in the sixth over when Comilla were starting to get into their stride before returning late in the chase to send back Shahid Afridi, Liam Dawson and Mohammad Saifuddin in the space of four balls.

Evans’ unbeaten 104 in 62 balls, with nine fours and six sixes, was his maiden T20 century. He added 148 runs for his unbroken stand with Ryan ten Doeschate, a BPL record for the fourth wicket, after they had come together at a tricky 28 for three in the seventh over. Ten Doeschate hit two fours and three sixes in his 59 not out off 41 balls.

Evans, whose five previous innings had produced just 13 runs with two ducks, was nimble-footed against both spin and pace, ensuring he got under the ball even when he was playing flat-batted shots.

Surprisingly, Comilla captain Imrul Kayes used Mahedi Hasan for just one over in which he also took a wicket, even though the offspinner had taken a four-wicket haul less than a week ago.

Rajshahi entered the top four with eight points in seven games, while Comilla are in third place with the same numbers but with a superior net run-rate.