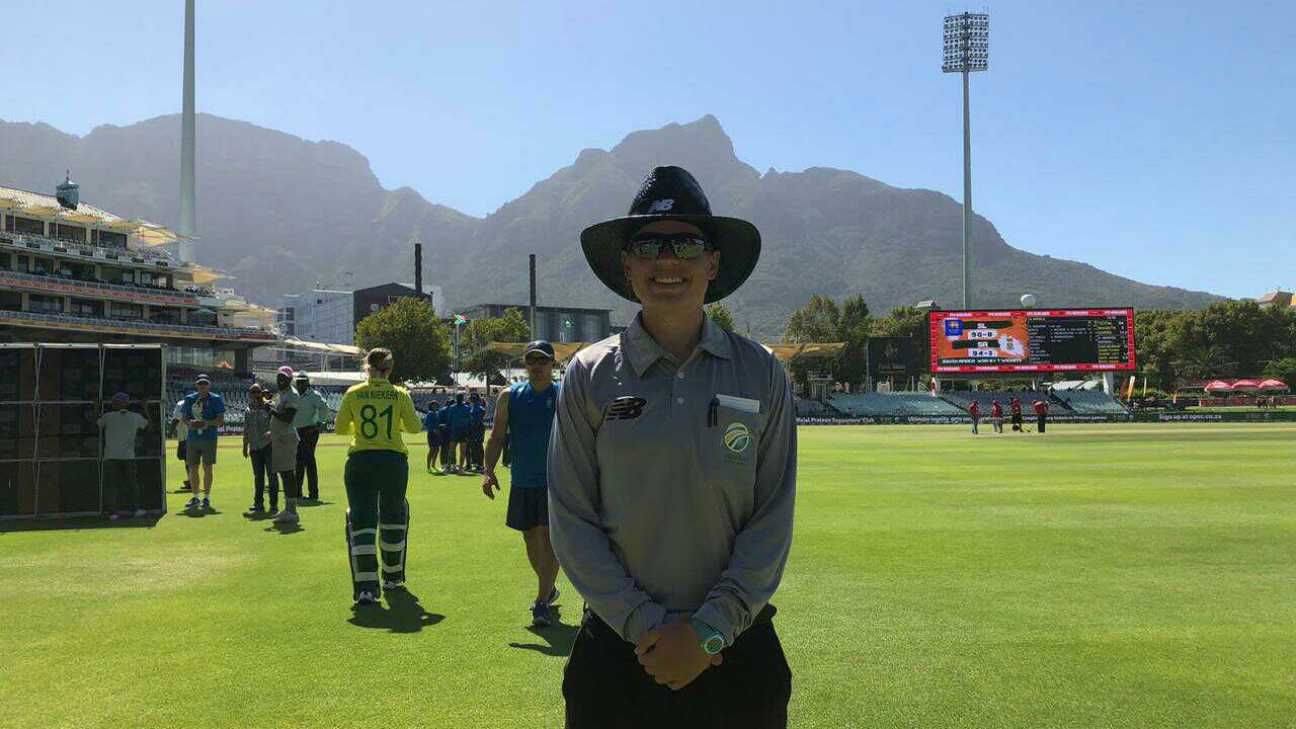 The ICC does not have official records, but Agenbag is much younger than Simon Taufel, who stood in his first ODI when he was 27, and Leslie Reifer, who worked the T20I between India and West Indies at Fort Lauderdale during his last week as a 26-year old.

“I actually, funnily enough, I think I played with her when she was really young,” South Africa captain Dane van Niekerk said of Agenbag. “It’s awesome. It’s good to see. I congratulated her and I complimented her on being really composed today. She made really good calls. It’s awesome to see, especially at that age, the maturity she showed. She didn’t get bullied or anything on the field.”

Agenbag had to make a couple of difficult, marginal calls during her first outing. First, when she was at square leg, she was consulted on the decision to no-ball a high, dipping delivery from seamer Masabata Klaas that beat an advancing Umesha Thimashini above waist height but still clipped the bails off the stumps.

Later, while standing at the Wynberg End, Agenbag turned down a forceful appeal for lbw against van Niekerk when the batter missed a reverse-sweep against Inoka Ranaweera and was struck on the thigh. Replays showed van Niekerk was struck just outside the line of off stump.

Agenbag performance earned praise from CSA as well. “Congratulations to Lauren on this very special day in her umpiring career,” Chief Executive Thabang Moroe said. “This is a very significant moment for umpiring in South Africa and I am sure Lauren will be an inspiration to others who want to live their dreams as international match officials.”

“She held her own,” van Niekerk added. “And it’s awesome to a see a woman out there doing really well. I wish her all the best and hopefully we’ll see her in the new future on the international circuit.

“She must be pretty special at what she does if she gets this opportunity. I haven’t played when she’s umpired before, but I said to her before the game that I’d heard really good things about her and I was excited to see her out there today.”