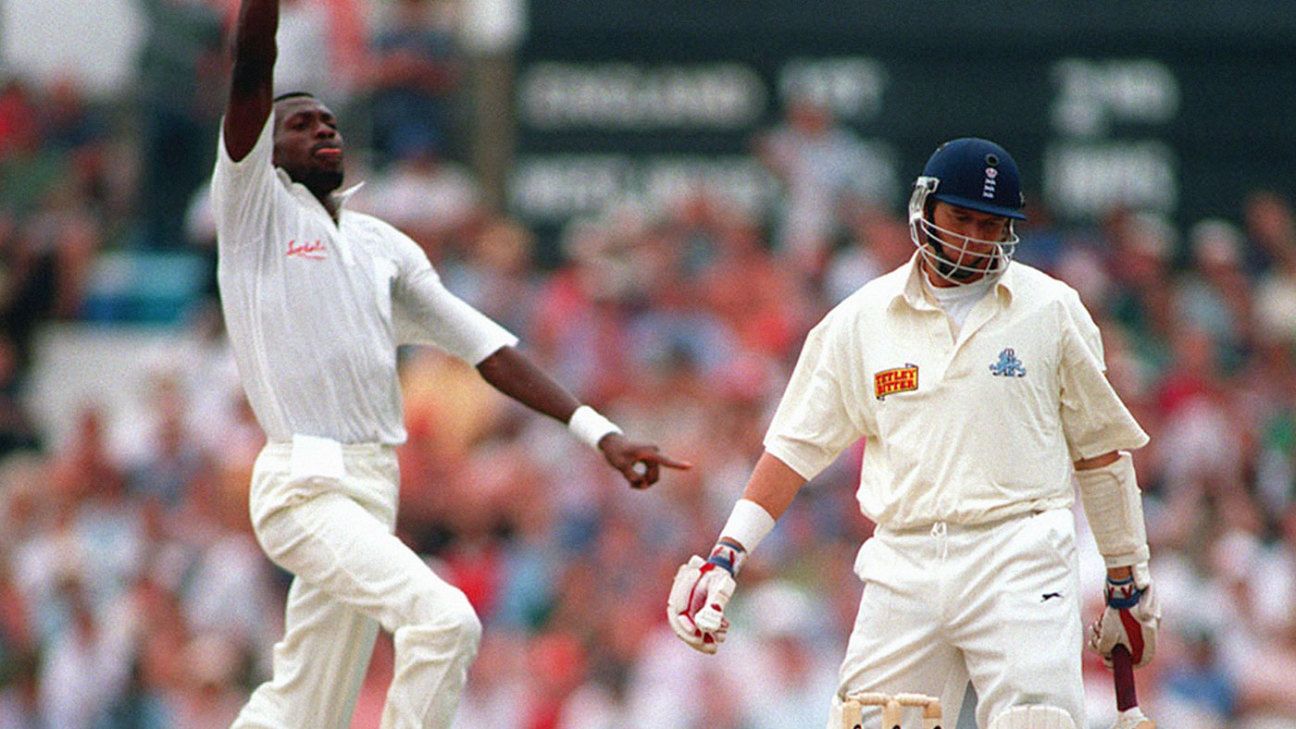 At the age of 32 years and 321 days, Joe Denly is set to join a select band of England cricketers to have made their Test debut after their 30th birthday. ESPNcricinfo recalls the fate of the last seven men to have earned such late recognition.

Pop quiz in the year 2029. Name the two thirty-something England batsmen who made their debuts in consecutive Test series against West Indies, having replaced Keaton Jennings at the top of the order. Denly, like Stoneman, has been made to wait for his opportunity after an impressive weight of runs in county cricket. Stoneman played a walk-on role on debut, falling early to a Kemar Roach snorter as England wrapped up an innings victory at Edgbaston inside three days. And that rather set the tone for his 11-match stint in the side. He often looked the part at the top of the order – more so than most of Alastair Cook’s fellow openers – but rarely managed to turn his stoical starts into substantial finishes. A blow to the helmet from Josh Hazlewood during that winter’s Perth Test seemed to mark the beginning of the end as his composure ebbed thereafter.

A stalwart for Gloucestershire, Lewis’s skilful swing bowling worked wonders on the county circuit, but was arguably half-a-yard too slow for sustained success at international level – although he did enjoy an unforgettable first day out in England colours, in their maiden T20 against Australia in 2005. Given the then-coach Duncan Fletcher’s obsession with 90mph bowlers, his selection for a Test debut against Sri Lanka on one of the driest surfaces of the following summer was a surprise, but he started well enough, bowling Michael Vandort with his third ball of the match. England’s thumping defeat at the hands of Muttiah Muralitharan, however, condemned him to membership of the one-cap wonders’ club.

Much like Denly, Udal’s late recognition as a Test cricketer came a decade after his first flirtation with international honours, and in his case, at the age of 36, long after he had given up any hope of further appearances for his country. For 12 months in 1994 and 1995, he’d been a frequent pick in England’s ODI team, claiming nine wickets in 11 appearances, including on that winter’s Ashes tour. But when England were pondering their spin options for the tours of Pakistan and India in the winter of 2005-06, his name bobbed back to the top of the selectors’ thoughts, as the sort of wily veteran who would let nobody down, and a counterpoint to the more funky new-kid selection of Alex Loudon (remember him), whose apparent ability to bowl the doosra was never tested in Asian conditions. Udal performed solidly in his three Tests in Pakistan, but it was his recall in India – for what proved to be his final Test in Mumbai – that secured him a slice of English cult status, with four second-innings wickets as India collapsed to a series-squaring loss.

He’s now better known as an umpire, but Martin Saggers could yet become one of the select few to have both played and officiated at the highest level, following three Test appearances in the early 2000s. He made his debut on the tour of Bangladesh in October 2003, called into the squad as an injury replacement for Andrew Flintoff (big boots to fill, even then in his pre-superstar days). Saggers did a job with his bustling seam bowling, but his most notable moment was arguably a stunning catch on the boundary to remove Alok Kapali. He played two further Tests against New Zealand the following spring, claiming the scalp of Mark Richardson with his first ball in Tests on home soil.

One of the many talented wicketkeepers of the 1990s and 2000s who had the leviathan Alec Stewart blocking their way to regular recognition. But Hegg’s opening eventually came on the 1998-99 Ashes tour, when even the workaholic “Gaffer” conceded that he had too much on his plate. As captain and keeper of another English sinking ship, Stewart decided to ditch the gloves and revert to opening the batting – and it turned out to be a masterstroke. He led the line with his first and only century on Australian soil, before England, in a finale for the ages, clawed their way to a 12-run win in a gut-busting four-hour final session of the match. Hegg did the needful, claiming four catches in the match all told, but after retaining his place in Sydney, that was the end of that.

A titan of Glamorgan cricket, for whom he scored a career-best 309 not out against Sussex at Colwyn Bay, James was one of those players of the 1990s who seemed destined for endless mentions in dispatches rather than an actual England call-up. But then, in 1998, he was finally given his chance following a thumb injury to Mark Butcher. He dashed from a rain-delayed Championship match against Leicestershire in Cardiff to the England dressing room at Lord’s, and duly opened the innings alongside his former Cambridge University batting partner, Mike Atherton. Sadly, Allan Donald and Shaun Pollock proved an awkward welcoming committee. And though he did get a second chance against Sri Lanka later that summer, Muralitharan bagged him in both innings en route to his historic 16-wicket haul.

Like James, but with added layers of frustration, Wells was one of county cricket’s outstanding performers in the late 1980s and early ’90s, precisely the period in which English cricket was crying out for consistent displays. It still beggars belief how, in the summer of 1989, when England ended up using 29 different players against Australia, his season’s efforts for Sussex – 1629 runs at 52.54 – didn’t earn him a maiden cap. Instead, in exasperation, he threw his lot in with Mike Gatting’s rebel tour, and that might have been it but for a late, late call-up in the final Test of the 1995 summer. With the series against West Indies locked at 2-2, the stage was set, especially in those days when a command performance at The Oval would almost certainly guarantee a winter tour … but nothing quite went to plan. A first-ball duck off Curtly Ambrose meant there would be no invitation for that winter’s official trip of South Africa.