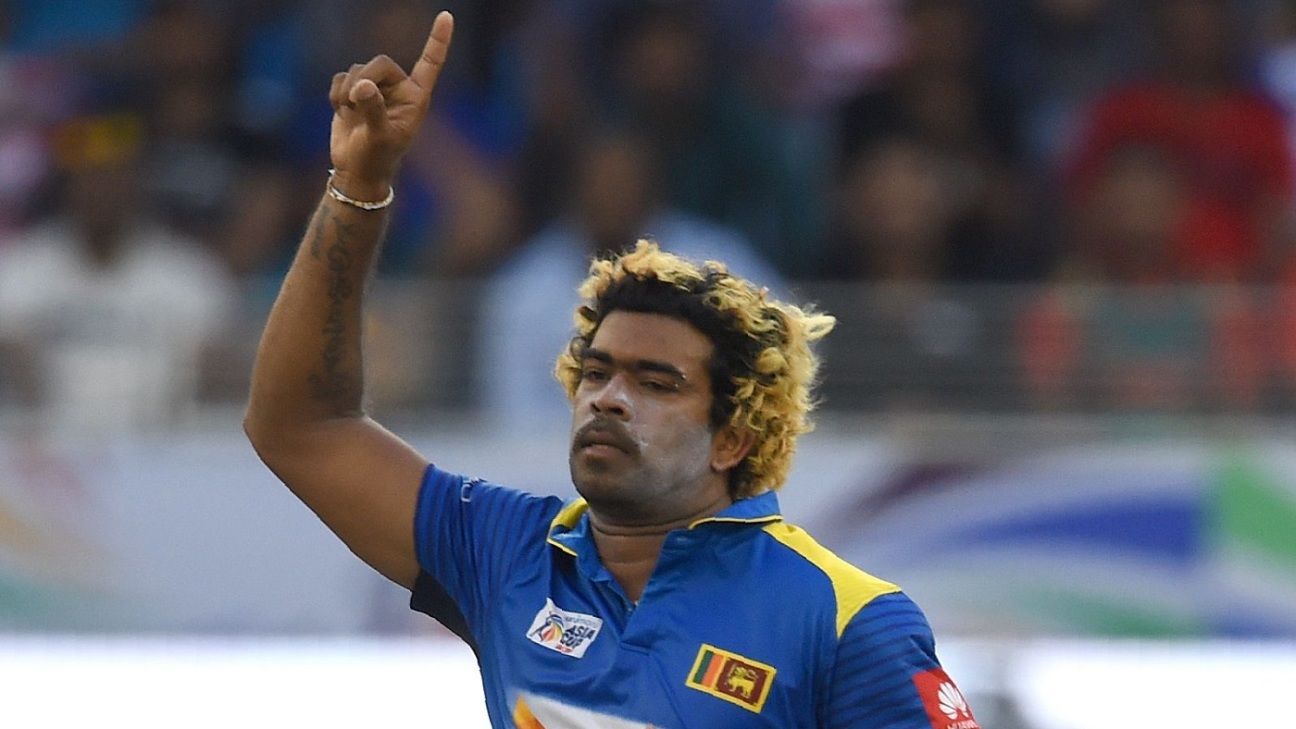 Sri Lanka limited-overs captain Lasith Malinga has announced his decision to retire from the game after next year’s T20 World Cup in Australia.

The 35-year-old fast bowler, who made the announcement following Sri Lanka’s 16-run loss against South Africa in the second T20I, also said there was a chance he would quit ODIs after the World Cup this year. “I want to play in the T20 World Cup and then end my career,” Malinga said after the match in Centurion.

Malinga made his Sri Lanka debut in 2004 and has played 30 Tests, 218 ODIs and 72 T20Is. He’s Sri Lanka’s highest wicket-taker in T20Is and is also one short of Shahid Afridi’s world record of 98 wickets in the format. He is the team’s third-highest wicket-taker in ODIs too, behind Muttiah Muralitharan and Chaminda Vaas. One of his greatest highs was leading Sri Lanka – in Dinesh Chandimal’s absence – to the T20 World Cup title in 2014.

He’s been a part of Mumbai Indians in the IPL since the fourth season and also served as their bowling mentor in 2018. Despite not having played last season, he remains the highest wicket-taker in the tournament’s history, with 154 wickets at an economy rate of 6.86.

This year, however, Malinga has ruled himself out of at least the first six matches of the IPL in a bid to qualify for Sri Lanka’s World Cup squad, with the selectors having told the players they must play in the forthcoming Super Provincial One-Day domestic tournament to be considered for the World Cup.