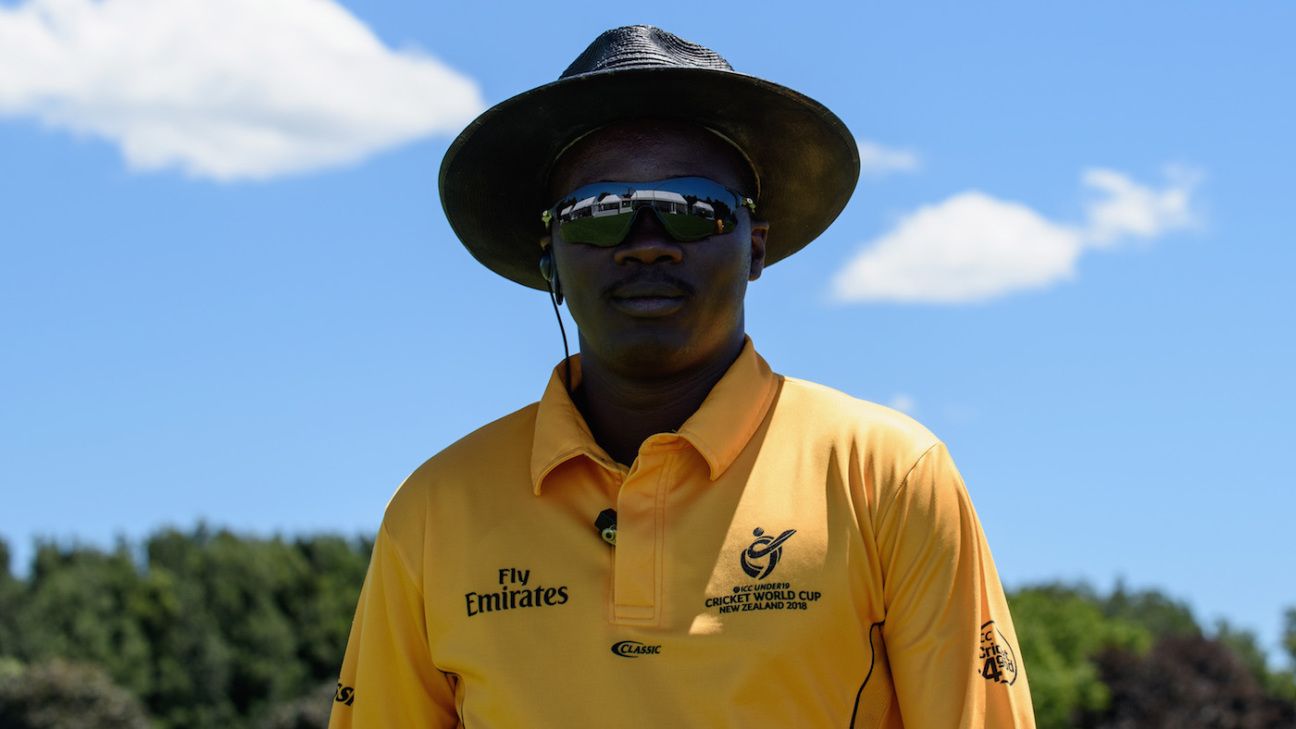 Langton Rusere will make history on Saturday when he becomes the first Zimbabwean umpire to stand in the final of a major global cricket tournament. Rusere has been named as one of the on-field umpires for the Women’s World T20 final between Australia and England to be played at the Sir Vivian Richards Stadium in Antigua on Saturday night.

The 33-year-old Rusere also officiated as an on-field umpire in the semi-final between Australia and West Indies on Thursday. In the final, he has been paired with South Africa’s Shaun George, who stood in the other last-four match that pitted England against India.

He umpired outside Zimbabwe for the first time in 2014, officiating in three games during South Africa’s provincial three-day and T20 competitions. His first senior international engagement came during India’s visit to Zimbabwe the following year, and Rusere joined the ICC’s International Panel.

This is the fifth global tournament at which he has now officiated, having also taken part in the World Cup Qualifier 2018 held in Zimbabwe and the Under-19 World Cup in New Zealand earlier this year.

Rusere was part of the umpiring team at the 2016 Under-19 World Cup in Bangladesh, and went on to do duty at the 2017 Women’s World Cup staged in England last year. This year, he was also one of the umpires at the Caribbean Premier League, the second time he was involved in the tournament.

Rusere was also a mentor umpire for the World Cricket League Division Two – the qualifier event for Associate teams to the World Cup Qualifier 2018 – held in Namibia in February this year.