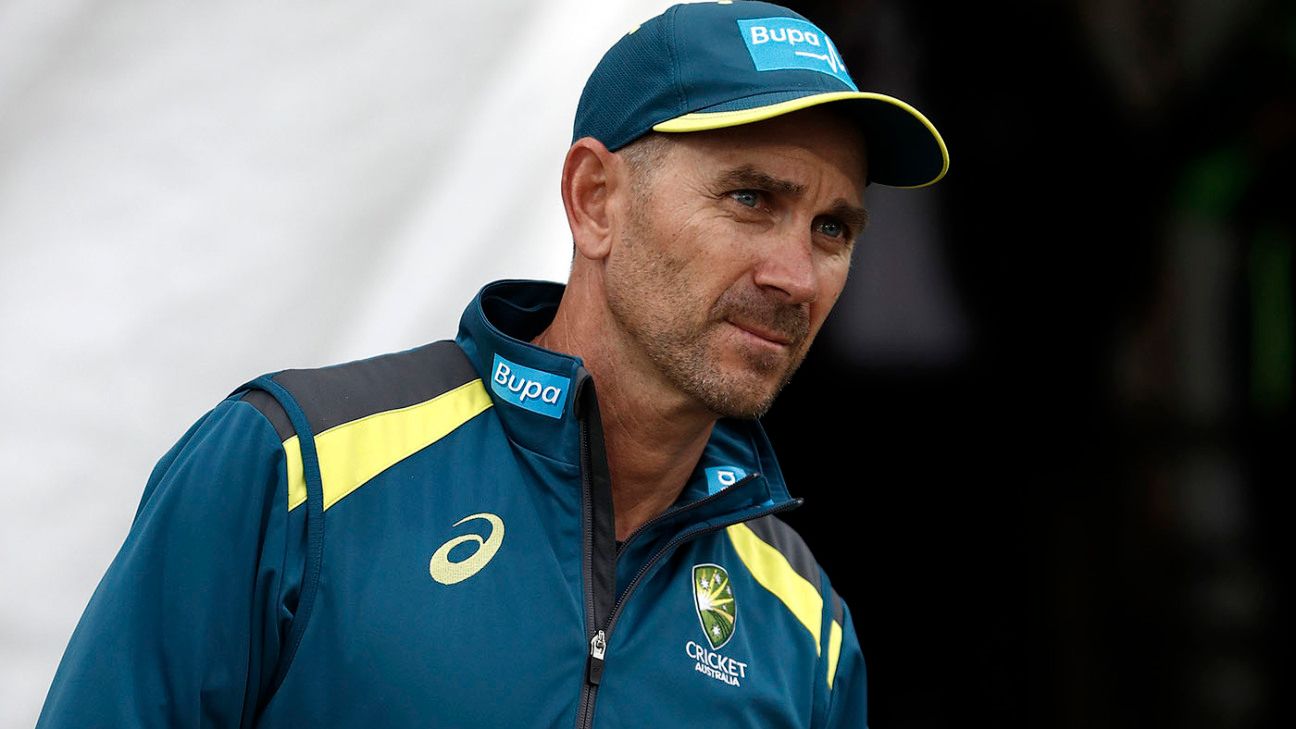 In a lot of ways, T20 appeared to be the best developed element of Justin Langer‘s coaching repertoire when he replaced Darren Lehmann some 18 months ago.

In Western Australia, he had played a large role in making the Perth Scorchers the most feared T20 team in the BBL, turning the WACA Ground “furnace” into a fortress, mastering all the defensive skills of the game, using game analytics effectively and also making shrewd use of the parallel Scorchers and Western Australia programs to keep his playing list strong.

Yet for all the dramas surrounding Australia’s Test team in the wake of Newlands and then the ODI team’s underperformance since winning the 2015 World Cup, it is international T20 that has long looked to be a blindspot. They have never won the T20 World Cup, nor been much more than a middling team in the scattered bilateral series.

So when Langer looks to the method for success in the format where Australia will next have an ICC global event, in October and November next year, he will be leaning heavily on his experiences with the Scorchers, allied to the trove of lessons he has taken on board at international level. To attempt to win a World Cup at home carries great expectations, but also more than a few in-built advantages for the hosts.

“As we saw with the 50-over World Cup there’s obviously some home ground advantage because we’re used to the conditions, we’re used to the dimensions of the grounds, we’ll have a good mix of players who play Big Bash at all the different venues,” Langer told ESPNcricinfo. “But to win the World Cup it’s like winning an AFL Grand Final, everything’s got to go right at the time.

“What we can look after at the moment is how we lead up to it, guys getting their job in the team. We’ve shown by selecting this team, very role specific, we want them in the short term, these six games coming up, but over the next year and couple of years to become the best in the world at what their role is, whether it’s bowling at the death or finishing in the middle of the innings. The non-negotiables are still our fielding, that’s got to be sharp.

“But if our guys can get really great at their roles, my experience of Big Bash and T20 cricket, is if you’ve got specialists who do their roles really well, you’ll win more games than you lose.”

Getting the best out of Steven Smith

Anyone who watched the Ashes for more than an hour or two would have been left with the conclusion that the game has seldom seen a genius like Smith, but a few weeks later and his selection in the T20 squad ahead of the likes of Chris Lynn raised a few eyebrows. In truth, Smith has been a fair proxy for Australia’s fortunes in the format, occasionally dominating, but more often looking distracted between Test or ODI assignments.

In seeking to get the best out of Smith, Langer believes that continuity in the format will allow him to focus his brilliant knack for problem solving with the bat, while at the same time becoming more of an area of personal hunger due to the trophy missing from Australia’s cabinet. Equally, Langer’s belief in a more unified white-ball squad between 50 and 20-over cricket – once again after the fashion of the Scorchers – will help Smith find the sense of normality that has always aided his batting.

“The two ways I’ve described Steve Smith are his hunger for the game and that’s his batting in general and runs, but also his ability to solve problems,” Langer said. “T20 is no different, you’ve got to solve a lot of puzzles and he’s got this incredibly intuitive mind where he wants to solve the problem. I’m really confident he’ll be a great success there. The only thing we have to manage with him and Dave Warner and a couple of the quicks is the fact they are in all three forms of the game and that can be a challenge in itself.

“My view is that in white-ball cricket, the closer we can get the two squads together the better, because you can use skills for both 50-over and T20 cricket if that makes sense. That’s more how I look at it than one-day cricket taking a backward step. We’ll probably use as many experiences in 50-over cricket to help us become better in T20 cricket and vice versa.”

Perhaps the most significant contract signed before the start of the summer was not those for any of Langer’s assistant coaches or even a new selector to join him and Trevor Hohns on the national panel, but instead a new deal with the cricket data analytics company CricViz for their extensive suite of information on Australia and their opponents.

CricViz is no stranger to Australian cricket, having worked closely with broadcasters and also teams such as the Melbourne Renegades (led by captain Aaron Finch and the coach Andrew McDonald), but the new partnership is a first for the national team. In the past CA has accessed intelligence from the likes of Cricket21 in addition to the work of the team analyst Dene Hills and his colleagues.

Langer, who relied heavily on the insights of the Scorchers’ performance analyst Dean Plunkett, described CricViz and its work with Hills and company as “the Rolls Royce version” of what he had in Perth. “The data these days is incredible,” he said. “Some of the stuff they give to us is unbelievable. What the trick is though, is to siphon it down and get the little gold nuggets that you work out for selection and that you can sell to the players, which makes sense to them, ‘okay if you do this well, then you win a lot of games’.”

Defensive skills of an attacking game

Something that Australia pioneered in the 1980s was an identification of the fact that limited-overs cricket, while commercially devised to showcase more aggressive skills to a new audience, was actually best played through rigid adherence to many of the game’s less glamorous fundamentals. Tight fielding, alert running between the wickets and taking singles, and keeping wickets in hand were all hallmarks of the former coach Bob Simpson and the unfancied but ultimately victorious 1987 World Cup team.

Similarly, Langer’s Scorchers were rigorous Roundheads as opposed to the Cavaliers back east, fighting out every game and often strangling the life out of opponents before they got room to free their arms and swing for the fences. For Langer the T20 game is a pressure contest every single ball, so anything that can enhance the sense of pressure or even claustrophobia on an opponent is, as he would put it, “like gold”.

“That’s just a good blueprint for playing great T20 cricket,” he said. “I’ve said all along one of my important KPIs is how we throw, because it’s indicative of our attitude and our athleticism. Our fielding and the defensive game – back then we had a very good bowling attack. We had Alfonso Thomas, we had Yasir Arafat who could bowl at the death particularly, and I think that helped guys like AJ Tye and Nathan Coulter-Nile to learn. And we were really good up front as well at the WACA.

“We had swing bowlers like Jason Behrendorff, we also recruited David Willey, we had Mitchell Johnson. So the blueprint’s there, the next plan is to execute it really well. The running between wickets back then was something we prided ourselves on, it also puts the opposition under huge pressure when you’re not only hitting boundaries but running hard between wickets.

“We also know that the rotation of strike is an incredibly powerful statistic in T20 cricket, and in fielding you’re under the pump because you can’t afford to make mistakes.”

The humble beginnings of the Australian team last year after the Newlands scandal meant that new ways of playing, winning and conducting business all got the chance to grow without too much pushback about “this being the way it’s always been done”, and the T20 team have a similar opportunity. Under Finch, who grew in global respect as leader of the World Cup team having already fashioned a strong reputation as a leader with the Renegades, the Australian team should not be overly beset by ego or an unwillingness to learn.

At the same time, the fact that Australia were able to come through the trials of a long England tour that took in a World Cup and the Ashes, registering more than creditable results in each, has imbued Langer with quiet confidence that, given a year’s run at it, they can build a winning T20 combination first on home soil and then again in India at the next T20 World Cup in 2021.”There’s still growth for the group, and it’s the same with our captains, whether it’s Finchy or Tim Paine they’re doing a tremendous job for us and there’s still growth in both of them,” Langer said. “That’s exciting for us, it’s exciting for them, that’s what gets us out of bed every day, doesn’t it.