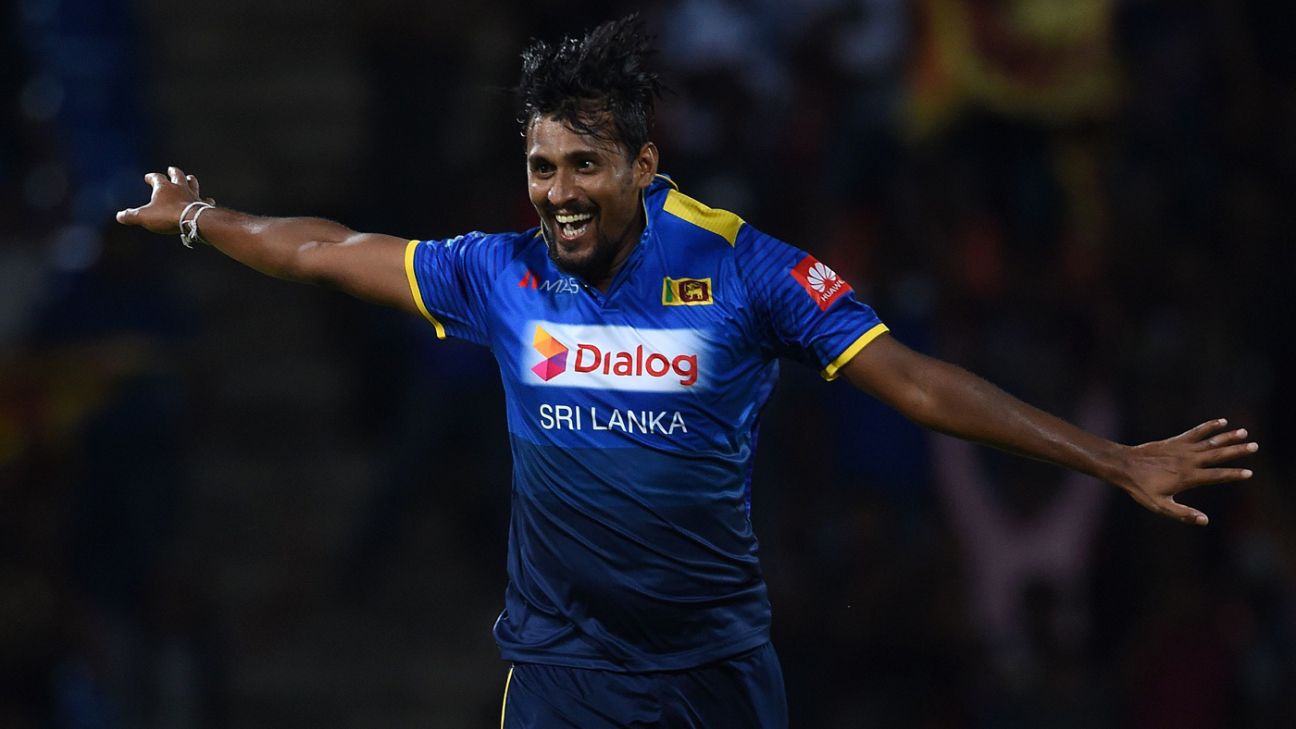 Also included in the squad are some of the less-experienced players currently in the one-day outfit. Opener Avishka Fernando and batsmen Priyamal Perera and Angelo Perera have all been picked. There is no room, however, for Oshada Fernando, who had been especially impressive in the Test leg of the ongoing tour.

Dinesh Chandimal, who had been in the T20 squad in New Zealand, and had recently top-scored in Sri Lanka’s club-based T20 tournament, has been omitted from this squad as well.

Several injured players were unavailable for selection for this squad. According to chief selector Ashantha de Mel, Angelo Mathews has not yet regained full fitness following his latest hamstring injury, Danushka Gunathilaka continues to suffer with a spine problem, while fast bowler Dushmantha Chameera has picked up another hamstring injury, just as he was recovering from the ankle complaint that had seen him leave the tour of Australia.

Kusal Perera’s hamstring injury, meanwhile, is expected to take up to nine weeks to recover from, and he is struggling to make it into the World Cup squad, according to de Mel.

Vandersay is one of two wrist spinners in the squad, with Lakshan Sandakan also present. Akila Dananjaya has been named as well.

Seam bowler Lakmal’s presence in the T20 side is something of a surprise. Although a first-choice selection in the Test format, the selectors had cooled on him as a limited-overs bowler in recent months, but have now brought him back for the shortest format.

The T20 series begins in Cape Town on March 19.