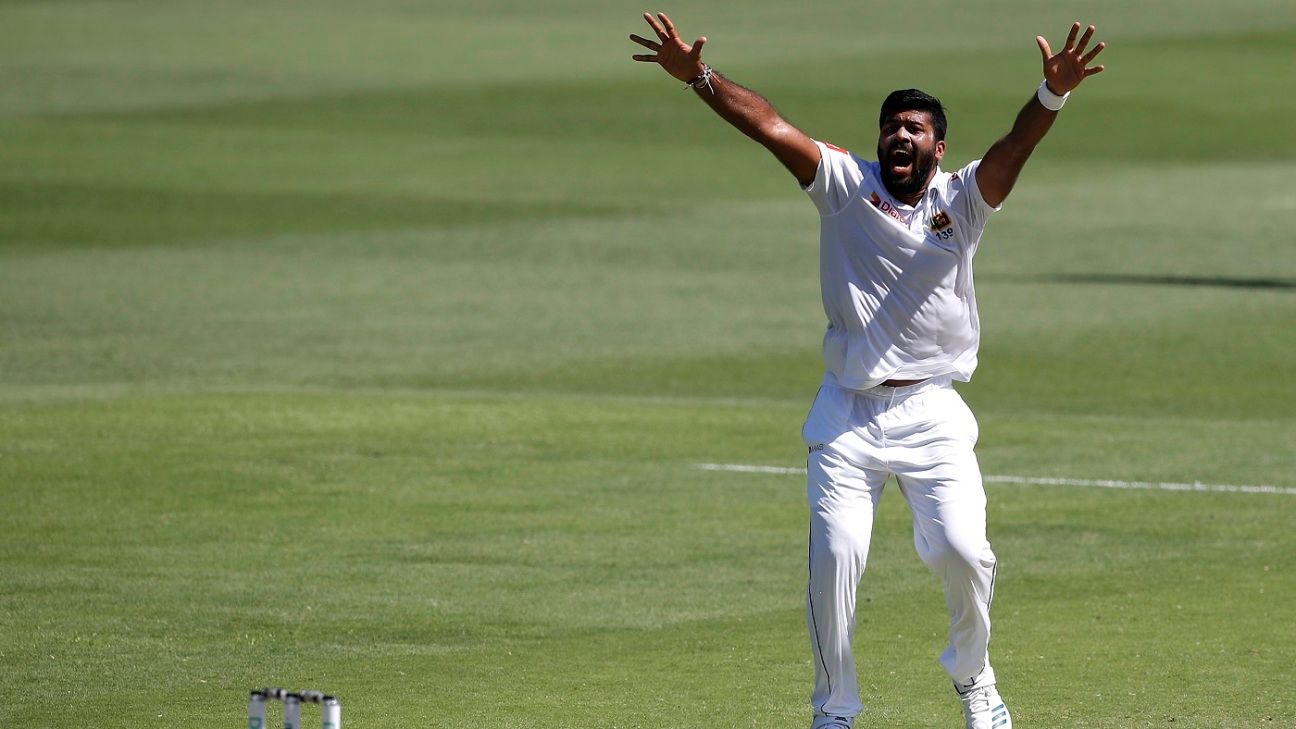 Sri Lanka fast bowler Lahiru Kumara has been ruled out of the second Test against Australia, in Canberra, with a hamstring injury, and is also in serious doubt for the Tests against South Africa next month. Kumara had sustained the injury on day two of the first Test in Brisbane, and had been off the field for the entire third session, as Sri Lanka sought to bowl Australia out. He did not come out to bat on day three, with Sri Lanka going on to lose by an innings and 40 runs.

Kumara is the second Sri Lanka quick to pick up a hamstring injury on this tour, after Nuwan Pradeep was also ruled out last week. He is the third Sri Lanka player overall to leave the team with a hamstring complaint during their ongoing southern hemisphere tours, with Angelo Mathews having sustained a hamstring strain during the second Test against New Zealand.

The news is a serious blow to Sri Lanka’s chances in the next Test, and the consequences of this injury may also be keenly felt in South Africa. Kumara is the fastest bowler in Sri Lanka’s pace battery, and had been among their most penetrative bowlers in the recent Tests against New Zealand. He had been especially impressive on Sri Lanka’s 2016/17 tour of South Africa, where he took 11 wickets at an average of 26.45.

No replacement has yet been named for Kumara, but Sri Lanka have two more quicks in the squad. Kasun Rajitha is now almost certain to play in the second Test. Left-armer Vishwa Fernando is also with the team, having replaced Pradeep in the past few days.

The second Test starts on February 1.